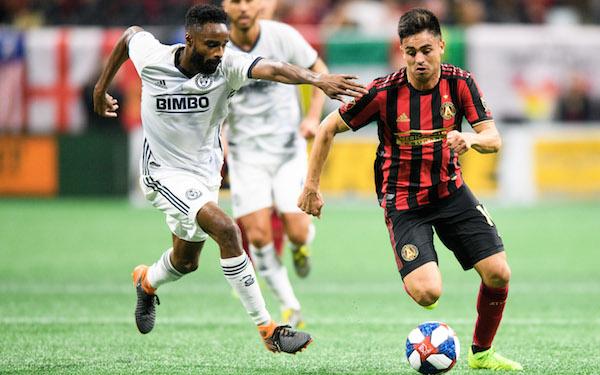 Pity Martinez, one of the most publicized signings in MLS history, is leaving Atlanta United after less than 20 months.

Martinez, 27, arrived in January 2019 as El Rey de America, the 2018 Player of the Year in the Americas, after helping River Plate win the Libertadores Cup.

The Argentine started slowly under new head coach Frank de Boer, and finished with five goals and nine assists in 32 games in 2019. But he helped the Five Stripes win the 2019 U.S. Open Cup and Campeones Cup and reach the Eastern Conference final.

Martinez had two goals and two assists in seven games in 2020 for Atlanta United, which sits in 8th place in the Eastern Conference with a 3-4-2 record.

Atlanta United paid a reported $14 million for Martinez, so the reported fee of $18 million it will get from Al-Nassr FC will leave the MLS club with a profit, quite an accomplishment considering the current uncertainty in the international transfer market.