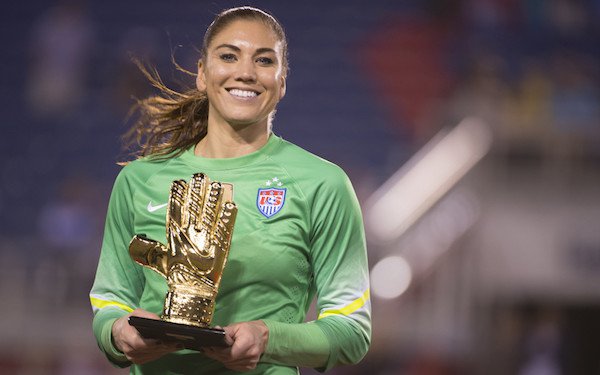 Harsh, but in the case of the National Soccer Hall of Fame, it’s true.

Nearly 20 years ago, after one last batch of NASL veterans was ushered into the Hall, the modern era of voting began in earnest. No more puzzling decisions to induct ref assignors or semi-pro players. A panel of media members, pro coaches, executives and former Hall of Famers -- a couple hundred people in all -- would sort through the increasingly qualified influx of Women’s World Cup champions, men’s World Cup quarterfinalists and players who distinguished themselves in MLS and/or Europe.

But the bar was initially set too high. A Hall that had players whose claim to fame was the post-1933 American Soccer League or the National Amateur Cup suddenly had no room for a World Cup captain like Thomas Dooley. (Dooley finally made it in 2010, the same year voters failed to elect Earnie Stewart and Shannon MacMillan.)

Somehow, the voting got worse over the years. After no one was inducted from the main player ballot in 2008, the Hall lowered the threshold to 66.67% of ballots in 2009, barely opening the door for Jeff Agoos and Joy Fawcett, the latter one of the best defenders ever in the women’s game, a two-time World Cup champion and two-time Olympic gold medalist who somehow never managed to get more than 68% of the vote.

The snubs have only piled up since then. Hugo Perez, Shannon MacMillan and Cindy Parlow had to wait for the veterans committee to do the right thing. Next year, the veterans will have to pick between Kate Markgraf (201 caps, starter for World Cup champions and two Olympic gold medalists) and Jaime Moreno (145 goals in MLS, four-time MLS champion, five-time MLS Best XI honoree), neither of whom met with the approval of more than two-thirds of the voters in any of their years on the ballot.

This year, the best you can say for the Hall is that the mainstream media will finally realize it exists. Why?

Because the Hall voters snubbed a two-time World Cup Golden Glove winner, a World Cup champion and two-time Olympic gold medalist. You may have heard of her.

Off the field, Solo has a long list of transgressions, including family disputes that wound up in court and a couple of national team suspensions. She has stuck by unfair or unsubstantiated criticisms of Briana Scurry, Brandi Chastain and Boston Breakers fans.

None of those acts is reason to disqualify her from the Hall.

So now the mainstream media know what the soccer media have known for 15 years. The Hall of Fame voting system needs a complete overhaul, not just a face-lift.

Give voting pools different weights in the final tally.

An 80-year-old Hall of Famer who hasn’t been following the game for decades shouldn’t have as much say on the merits of Hope Solo and Steve Cherundolo as a longtime beat writer. A foreign MLS coach who has been here for four years shouldn’t have to weigh the playing careers of Kate Markgraf and Jaime Moreno.

Such a process wouldn’t be simple. Experience should count -- an NWSL team executive with 20 years in the game should have more say than someone who just moved over from working in lacrosse. Diversity should count -- a woman who covers women’s soccer but only has three years working in the field may get priority over a man who has covered MLS for four years.

Yes, fans. With 20% of the vote, they’re not going to catapult someone who only got a third of the vote in other constituencies into the Hall. But they can boost someone from 63% to 67%.

Then post how each constituency voted. Not individual ballots, but each group. That’ll allow us to see how a travesty like the omissions of Solo, Markgraf and Cherundolo could’ve happened.

This system wouldn’t just be fairer. It would give more people a sense of ownership in their Hall of Fame.

And maybe that’ll get more people through the doors at Frisco.

For once in soccer, everyone would win.