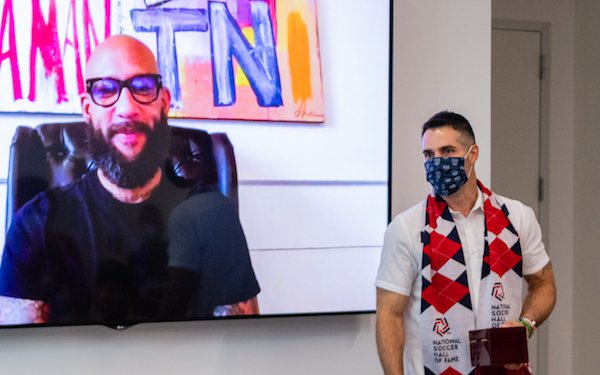 He is the lone member of its 2020 class. No other players were elected. The most notable omission was Hope Solo, considered the greatest goalkeeper in the history of women's soccer.

No one was elected in the Veterans and Builders categories, where the candidate named on the most ballots cast is elected, with a minimum of 50 percent required for election.

The threshold for election in the Players category is 66.7 percent. Bocanegra was named on 68.5 percent of ballots. Five other players were named on more than half the ballots:

Bocanegra's 15-year pro career included stints in MLS, where he was Rookie of the Year in 2000 and Defender of the Year in 2002 and 2003 with the Chicago Fire, and in England (Fulham), France (Rennes and St. Etienne), Spain (Racing Santander and Scotland (Rangers).

He made 110 appearances for USA, serving as captain 64 times, and scored 14 international goals, the most by a U.S defender. He played on U.S. Gold Cup championship teams in 2002 and 2007, though he didn't win any league titles as a player.

For Markgraf and Moreno, this was the final year of eligibility as players. They will move to the Veterans category in 2021.