An easy, important task for youth coaches: Take a few minutes to explain the game

The U-9 kids were confused.


The ball had gone out of play on the side of the field where their coaches were not. No one knew what to do.

This guy with a yellow shirt and a black mask was motioning with two hands over his head. What did that mean?

Yes, the person in the yellow shirt and the black mask was me, reffing my first game in 10 months. The kids were also playing for the first time in 10 months, and the game wasn’t the same one they had played on small fields with small goals last fall.

The point here isn’t to call out the parent coaches of these rec teams. The East Coast has had all the rain the West Coast desperately needs, so Virginia teams that practice on grass had been out of luck. One coach told me his pregame goal was to learn his players’ names.

But the games reminded me that clubs and coaches at all levels simply don’t prepare their kids for games -- a short-sighted, extreme interpretation of favoring skill development over all else.

Pro coaches typically scoff at the notion of teaching throw-ins. The intent is sound. Training should be about foot skills, especially at this age.

The problem is that the games are supposed to be valuable for development as well. And every minute spent herding players into position for throw-ins, corner kicks, goal kicks and kickoffs is a minute lost.

Better yet -- in this social-distancing era, why not schedule a virtual watch party so players and coaches can watch a game together? Coaches can explain the mechanics of the game and perhaps point to examples of players doing good things. (Or bad things. Maybe watch the game on mute.)

Even better -- could some enterprising person with good video-editing skills put together an entertainer explainer for kids?

YouTube is full of videos that explain the game to fans, such as this entertaining piece from Minnesota United: 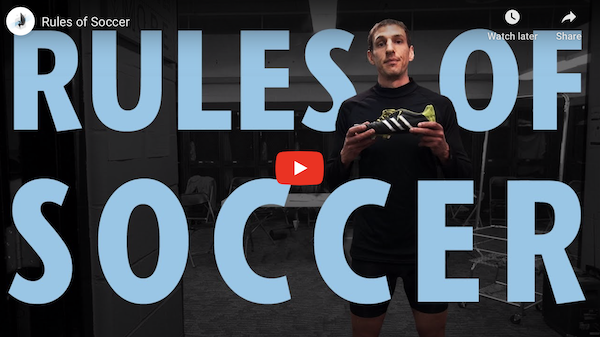 But kids don’t need to know that soccer snobs -- or “football” snobs -- use words like “kit,” “pitch” and “match.” (Also, the referee signals are completely wrong, and the explanation of offside is incorrect. Fun video, though.)

So until Minnesota United unleashes its video crew to explain goal kicks, throw-ins and the buildout line, we’ll have to make do with a hodgepodge of videos.

YouTube has a handful of videos that do a decent job on offside. One video by a young ref explains the buildout line, though it’s really pitched toward refs and coaches, not players. Throw-in videos tend to be about technique rather than the rules themselves, but a succinct take gets the point across. (No U-9 player is going to watch an eight-minute video on throw-ins.) 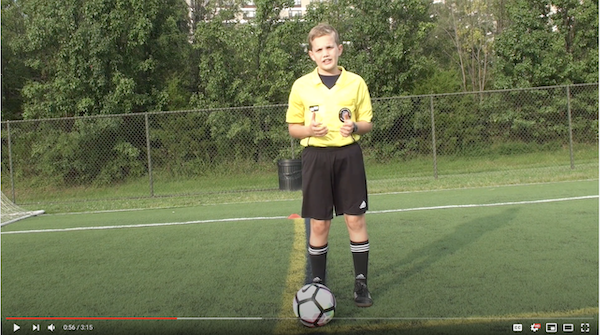 But even if we get a great video aimed at kids rather than parents (or yet another slideshow for referees), there’s no substitute for seeing things in person.

So come on, coaches. Take five minutes out of your practice and explain the game. You’ll get that time back when the time comes to face another team.