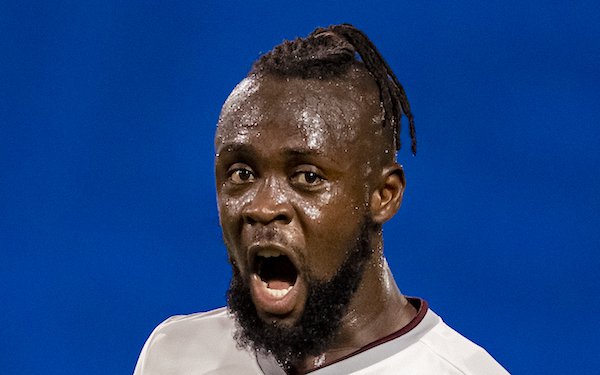 Kei Kamara is on the move again.

The forward was traded to Minnesota United from Colorado Rapids for a second-round draft pick in the 2022 MLS SuperDraft and $150,000 in 2021 General Allocation Money.

Kamara ranks fifth among all-time MLS scorers with 129 goals -- and second among active scorers behind Chris Wondolowski with 163 goals. He will give Minnesota cover up front, where the Loons are currently missing offseason acquisitions Luis Amarilla and Aaron Schoenfeld, both injured. Mason Toye started in Saturday's 2-2 tie at Houston.

We’ve added one of the best goalscorers in MLS history,” said MNUFC coach Adrian Heath. “Given our current situation dealing with injuries, we knew we had to make a move and we feel we have added another really important piece to our already potent attacking core. Every team we play now will know they have to contend with one of the best aerial threats in league history. We’ve been very dangerous on set pieces already this season and with the addition of Kei we are now even more dangerous. Kei has loads of experience and will no doubt be a benefit to this roster both on the field and in the locker room.”

Kamara started out with the Columbus Crew, which picked him out of Division II Cal State Dominguez Hills as a Generation adidas player in the 2006 MLS SuperDraft.

In 2013, he was loaned to Norwich City of the English Premier League and later in the year signed a two-year contract by Middleborough of the Championship, missing Sporting KC's championship run.

Kamara was an MLS Best XI pick in 2015 when he scored 22 goals and helped the Crew reach MLS Cup.