Should coaches be allowed to date players?


Historically, the answer has been yes. Sports Illustrated’s L. Jon Wertheim found several such relationships in a 2001 piece, noting a startling survey by University of Winnipeg sociology professor and prominent sexual abuse researcher Sandra Kirby that found 22.8 percent of Canadian elite athletes have had sex with coaches or other people in authority. A year later, the (fictional) film "Bend It Like Beckham" took the notion of player-coach relationships to an extreme, creating a love triangle between two players and their young coach.

Many of the more famous coach-player relationships from a couple decades ago involved consenting adults. No laws were broken. But under recent U.S. Soccer policy, such relationships can no longer happen.

And the women’s soccer community isn’t fully aware. I reached out to more than 35 team executives and coaches in the NWSL, UWS and WPSL, and the only people to respond said they didn’t think the policy had been communicated.

The policy is somewhat new. The U.S. Olympic Committee (now with “and Paralympic” added) set up the independent U.S. Center for SafeSport in the mid-2010s, and it has since been empowered, under federal law, to be the enforcement and education authority on sexual abuse and sexual harassment in sports.

The NCAA, controversially, doesn’t fall under the Center’s jurisdiction, though it has published a “model policy” that defines “amorous or sexual relationships” between coach and player as sexual abuse “even when these relationships are perceived by both parties to be consensual.” 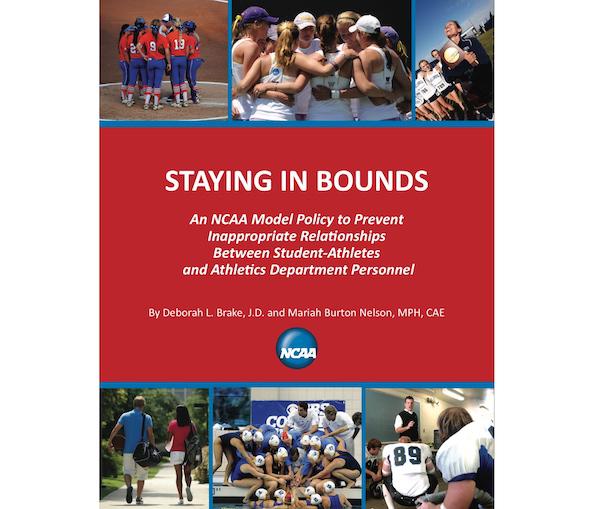 But the Code, and U.S. Soccer’s related policy, absolutely applies to adult athletes.

That’s a wordy definition of “dating.” The other important definition from the Code is “Power Imbalance,” on which the Code says this:

Note the last sentence, which doesn’t explicitly condone every preexisting relationship but, in practice, would make it rare for a married coach and player to be in violation of the Code. If a player came out of retirement to play for their partner, the rest of the team might express reservations, but that’s a matter of team chemistry rather than legality.

But also note “regardless of age.” The Code isn’t just talking about violations of a given state’s age of consent laws. A criminal charge may be the quickest path to the SafeSport disciplinary database, which has cases from the couple of years since the Center for SafeSport took control as well as several older cases, but coaches and other adults don’t have to break the law to end up on that list.

As far as we know, U.S. Soccer doesn’t have the cases of coaches and underage athletes that have bedeviled other organizations. USA Gymnastics is still dealing with the impact of the monstrous acts of longtime team doctor Larry Nassar. US Speedskating and the USOPC are facing a new lawsuit from former skater Bridie Farrell over the actions of skater/board member (later president) Andy Gabel, whose alleged predilection of relationships with far younger skaters was so well known that a witness recounted that someone put a note on his door saying “15 will get you 20,” an age-old warning about statutory rape.

As of Sept. 25, U.S. Soccer has 176 cases in the SafeSport database, some specifically for sexual misconduct but some under more vague terms of “criminal disposition” and “allegations of misconduct.” U.S. Youth Soccer has a separate Disciplinary and Risk Management Report that has more than 3,000 disciplinary actions dating back to last century, but the offenses are not listed -- tracking one name back to the state association’s list turned up the offense of “failure to make payment of invoice.”

Whether an adult player-coach relationship would add a name to either list is unknown. Enforcement policies are vague.

But U.S. Soccer has explicitly said it doesn’t condone such relationships: “Any sexual interaction between an athlete and an individual with evaluative, direct or indirect authority is prohibited. Such relationships involve an imbalance of power and are likely to impair judgment or be exploitative. This section does not apply to a pre-existing relationship between two spouses or life partners.” That’s found in the federation’s Prohibited Conduct Policy and in the U.S. Soccer Athlete and Participant Safety Policy, all drawn up in 2018 in compliance with the SafeSport Code.

But the statement on sexual interaction is merely part of an appendix to the Prohibited Conduct and Athlete and Participant Safety policies. The 2020-21 Policy Manual includes the main text of those policies as Policy 212-3, but the appendix is not included.

The federation’s Safe Soccer effort includes training, required for all adults in soccer (even referees and parent coaches), that quite understandably focuses on youth. Some of the requirements may seem draconian -- if a kid texts a coach 10 minutes before a game to say he’s running late, a common occurrence for some of us, the coach can’t reply without copying a parent or guardian -- but given what’s happened in other sports, they’re sensible.

(My prior piece: How does SafeSport affect soccer coaches?)

On youth issues, U.S. Soccer’s efforts on sexual abuse won plaudits in a 2019 audit by the U.S. Center for SafeSport. This year, the federation re-hired former employee Alison Kocoras specifically to oversee SafeSport issues, providing a bit of relief to an overburdened legal department.

Perhaps a player-coach relationship in the NWSL isn’t the biggest problem facing U.S. Soccer right now. Perhaps no one would even register a complaint.

But as Pia Sundhage was so fond of singing during her tenure as the U.S. women’s national team coach, the times are a-changin’.