The unique Rose Shoen: She started coaching boys as a teen, now runs the Sacramento club she founded

You probably have not heard of Rose Shoen. That’s a shame. 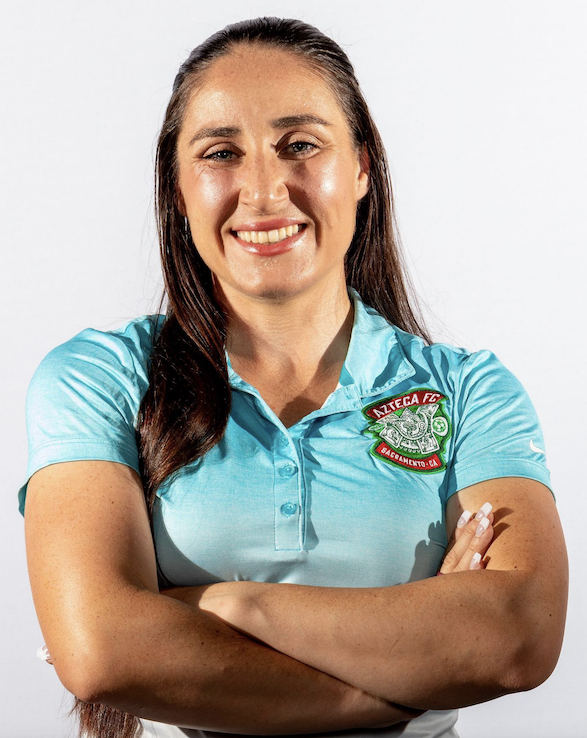 The Reno, Nevada, native has quite a resume. At 14, she played in two leagues, with and against university players and adults. She played at two colleges, and was a Women’s Premier Soccer League all-star.

But it’s as a coach that Shoen is really making her mark. And she’s doing it in unusual ways, with often overlooked players.

When a group of Latino boys asked her to coach, she had to earn a license to take them to tournaments. Club finances were tight. Most players’ families could not afford to pay much, or anything at all. At their first tournament they wore T-shirts with numbers. But they were as good as better-funded, more elite teams. She helped the boys understand that soccer could be a pathway to college. “They were part of my demographic,” Shoen says.

She was hooked. She was also just 19 years old.

To provide more opportunities she rented a warehouse. She built a futsal court and gym.

An opportunity with Primero de Mayo in the Women's Professional Soccer League helped introduce her to soccer in the Sacramento area. While earning a degree in Spanish literature at the UC Davis, she founded Azteca FC in 2013.

The goals are to prepare youth players for college soccer, and provide opportunities for adult athletes to move on to the pro ranks.

The U-10, 12 and 14 teams compete in the boys’ Liga Del Pacifico. But Shoen encourages girls to try out. She coaches youth teams – and has coached the men, too. They compete in the San Francisco Soccer Football League’s Premier Division, and the Northern California conference of the United Premier Soccer League.

Whenever she is disrespected by opponents, her players – boys and men – say, “We play for Rose. We’re going to beat you.” After an important win for promotion, opponents lined up, shook the Azteca men’s hands, and said they were one of the best teams they’d faced all year.

Shoen embraces Azteca’s “underdog” status. SFSFL matches are played in San Francisco, so all games are away. Shoen picks up players, gets them breakfast, drives to the city, coaches, feeds them again, then brings them home.

“They’re scrappy,” she says of her squad. “They love to play. I want them to get a chance to go to junior college. From there, they can transfer. Soccer can get them there.”

Her youth teams are filled with players who cannot afford $180 for a three-day Olympic Development Program tryout. “They don’t get ID-ed for the next level,” Shoen says. “But other coaches know they’re good. There are a lot of players like that in California.”

It costs $100 a month to play on the men’s team, $80 for youth. Scholarships are available. Uniforms consist of non-brand $25 shirts and shorts. 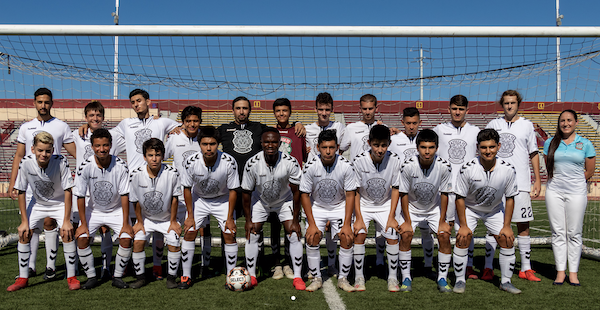 Shoen is inspired by youngsters like a 13-year-old who walks to practice every day. He got a job, and pays $20 each week. “He really feels ownership,” the coach says.

Shoen likes to test her high school players against adults. “We’ve lost 10-0,” she notes. “But I know in three years, those kids will be getting tryouts in college.” The other day, a 14-year-old scored against a men’s team."

And when Azteca reached a men’s league final, half the roster was high school age. “They were playing against full-grown men from Mexico,” their coach marvels.

“It’s not their fault that they’re poor,” she says. “All they want is a chance to play.” And play they do. They’ve beaten elite club teams whose parents pay “at least $10,000 a year,” Shoen says proudly. 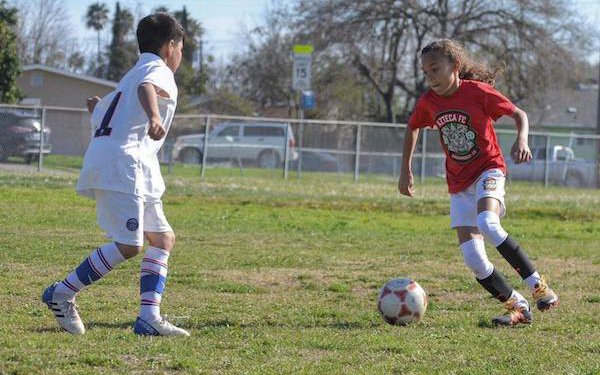 “I’ll tell any (development) academy coach: ‘There are plenty of players who could play for you.’ But they’ve been priced out. If we really want to develop these kids for the next level, we have to select the best ones. We can’t have ODP coaches who just select players from their own teams. If coaches truly recruit, we’d see a very different national team pool.”

And, says Shoen – who in addition to all her soccer commitments, has a full-time job as an investment consultant and translator – California needs many more bilingual coaches.

It would be nice, she adds, for clubs to be reimbursed when players move to the next level. That would certainly help Azteca.