Four decades ago, Englishman Derek Armstrong  arrived in San Diego to create a fully staffed, multi-team soccer club -- unique in the USA although the norm worldwide. Last night, Armstrong was at the Kinsell Field training the Nomads' U-19 defenders. 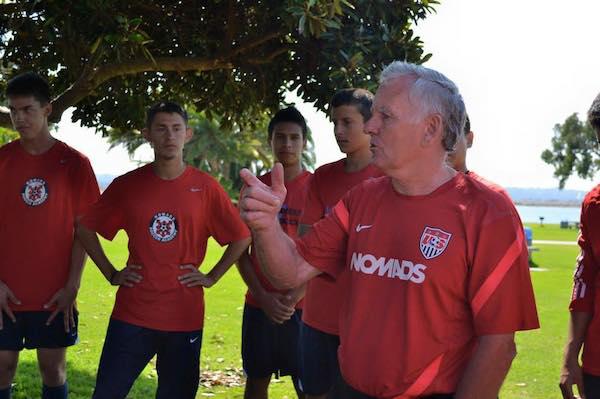 Thirty-three years ago, Armstrong coached the USA's U-20 World Cup team, which included four players who are now Hall of Famers. Three months into 2020, Armstrong connected with club directors around the nation to navigate a new era of American youth soccer as rumors spread that U.S. Soccer would pull the plug on its Development Academy. That would be 13 years after Armstrong's Nomads became the first club to commit to the DA. Nineteen years ago, Armstrong was among the founders of U.S. Club Soccer and served as its chair in the early years.

Armstrong, recruited by Joe Hollow, the real-estate developer who launched the Nomads in 1976 when he formed a youth all-star team, may have been the first salaried youth coach the USA. He took a part-time college coaching job in 1983 so as not to depend too much on his Nomads' salary, because he wanted to keep players' fees down. He won three DIII national titles with UC San Diego while at the helm through 2007.

In 2016, Armstrong coached the Nomads' U-18s to the DA national semifinals, where they lost 2-1 to eventual champion FC Dallas. That was five years after he "retired."

That stuff includes helping coach the U-19s. "I don't go every night," he says. "I went the last two nights, but I didn't go tonight. I don't do four or five nights a week anymore."

But he is busy orchestrating a Nomads-hosted tournament in Arizona, because California COVID restrictions have forced the cancellation of the Nomads' Thanksgiving tourney. He and his wife, Mary, drove to Arizona and came back confident that the Nomads could pull of a safe three-day event that would be a hybrid of friendlies and tournament competition. He also serves as a Western Conference chair and on the Environment Committee for MLS Next.

"What MLS and the non-MLS clubs put together was magnificent," says Armstrong about MLS Next, the new league launched quickly after the abrupt collapse of U.S. Soccer's DA in April. 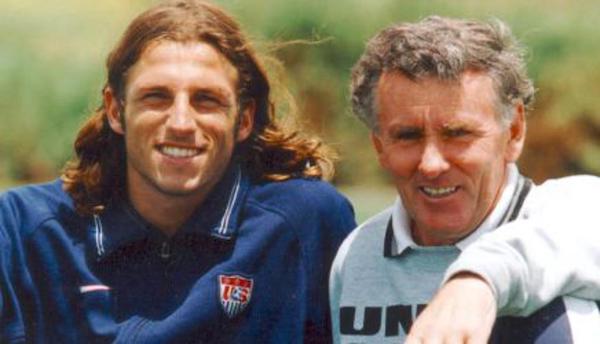 Derek Armstrong with Frankie Hejduk, one of the Nomads' most famous alums, who include Jeff Duback, Steve Cherundolo, Jovan Kirovski, Joe Corona, Gabriel and Michael Farfan, and Eric Avila.

In 2007, U.S. Soccer decided it necessary to play a larger role in what had become a wild west youth landscape -- myriad state, regional and national competitions, showcase tournaments and ODP events. A committee launched by U.S. Soccer President Sunil Gulati came up with the Development Academy concept.

"Sunil said to me at one of the meetings, what do you think?" says Armstrong. "I said, 'We're in.' We were the first club in, verbally."

Armstrong believed the fragmentation of the youth game in the USA impeded its progress despite its massive growth. He welcomed U.S. Soccer's commitment to invest significantly in the youth game, set high standards and upgrade the national team selection process. He tells the story of how one the most successful American players in history got into the national team:

"I called Manny Schellscheidt and told him he had to give Steve Cherundolo a chance, even though he was very small. That's how it was in those days. You had state cups, regional cups, ODP, tournaments, but it wasn't easy for national team staff to see players. The DA made it easy for players to be seen. The great thing about the Development Academy were the showcase events. You had national team staff, college coaches, pro scouts from Europe and South America at the DA showcases."

But Armstrong became somewhat disillusioned with the DA in the later years. "At the beginning, we had John Hackworth, a good, experienced leader, and Asher Mendelsohn, but they left." Still, Armstrong believed in the DA concept. "There were issues on how the academy was run, but we all put up with it. ... In spite of all the problems it was still a worthy effort. People got serious about youth development and we had some standards that certainly were a step up from the previous. You can see the improvement in player development in the success of the young American players."

What he didn't expect was U.S. Soccer quitting on it. 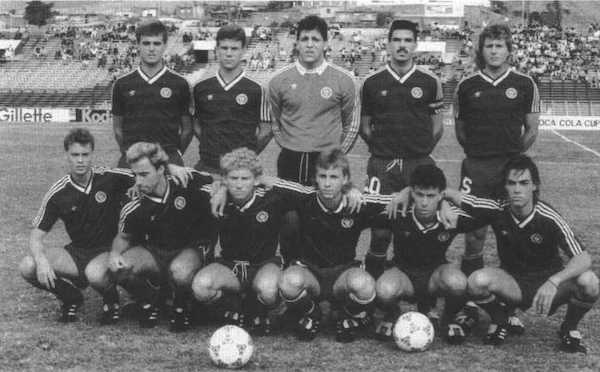 From the Derek Armstrong-coached 1987 U-20 World Cup team, Jeff Agoos, Tony Meola and Marcelo Balboa (middle of top row) and backup goalkeeper Kasey Keller, are in the National Soccer Hall of Fame.

"We threw everything, hook, line and sinker, into the Federation's academy and we were very disappointed it ended up like this," he says. "But things happen, and I think it's going to be better."

Armstrong says he and David Richardson (Sockers FC of Illinois) and Jeffrey Saunders (Met Oval of New York), and others who believed in the DA structure, "got the Zoom going" when it became clear U.S. Soccer was abandoning the DA. The aim was to somehow how forge ahead with a similar conference setup, with or without MLS.

"We really dove in and came together and created a plan in a short period of time," Armstrong says. "So if MLS came in, we were ready to go. If MLS came in with a heavy hand and we didn't like it, we could have gone on our own because we prepared. But MLS realized the experience we brought to table was a plus, not a minus. And MLS brought in professional leadership, while including us in the decision-making. That's a big difference from the Federation, which didn't allow us input, kept us on the outside." 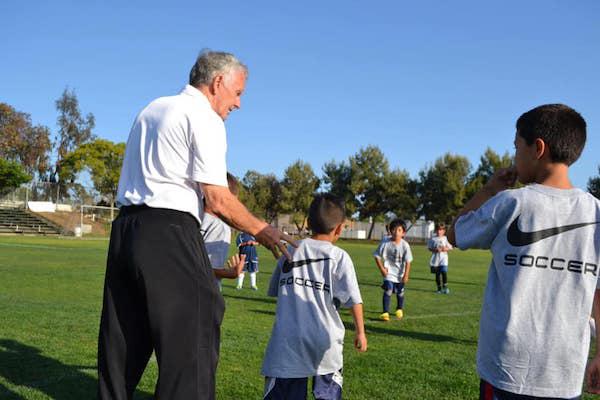 Armstrong is confident about MLS's sincerity in working with the amateur clubs. He cites a talented 15-year-old Nomads player who is moving to LAFC with his blessing.

"There was an MLS club in the past that undermined us, called our players directly, and I didn't like that," he says. "But Todd Saldana at LAFC on the other hand set up a relationship with us. I sent the player to train frequently with LAFC all last year and I support him moving. Right now, we don't get anything out of it, but in our talks with MLS they raised the possibility of coming up with a way to compensate [amateur clubs] in these situations. How that might work hasn't been thrashed out yet, but I'm pleased that they put it on the agenda."

Richardson says that Armstrong's leadership was crucial during the chaotic period of the DA's demise and pandemic disruption.

"When youth soccer shut down," Richardson says, "we needed Derek's skill sets. Those include understanding the evolution and culture of youth soccer in the United States, not panicking, talking to people and unifying them. During that time, Derek wasn't working for the Nomads, he was working for soccer. That's how he's always been, why he's so well respected, and why he is so important to the American game."
youth
2 comments about "The continual importance of youth soccer pioneer Derek Armstrong".
Read more comments >
Next story loading