More and more USL Championship teams, not just MLS second teams, are taking advantage of their academy programs to bring young players into their first teams.

Some are playing on USL academy contracts -- amateur deals that allow them to retain their college eligibility. But these 10 teens have all signed pro contracts and have played significant roles for teams that are in the playoffs, which begin on Saturday with the conference quarterfinals.

Mauricio Cuevas (LA Galaxy II, 17). Scored four goals during the regular season -- all on free kicks. Started every game for LA Galaxy II, which gave 500-plus minutes to seven teenagers and was the only MLS second team to make the 2020 USL Championship playoffs. Signed USL pro contract right before representing the USA at the 2019 Concacaf Under-17 Championship.

Nicque Daley (Charleston Battery, 19). Scored three goals in last three games to finish his second season with five goals. Joined a long line of young Jamaicans to move to the USL when he signed with the Battery in 2019. The move came after a trial at Chile's Colo Colo.

Jose Gallegos (San Antonio FC, 18). Finished with two goals and three assists after playing in every game. Turned pro in March after leading Central Catholic High School to the 2020 Texas private school state title. Considered the top prospect an USL team has ever produced and a candidate for the U.S. under-20 national team. 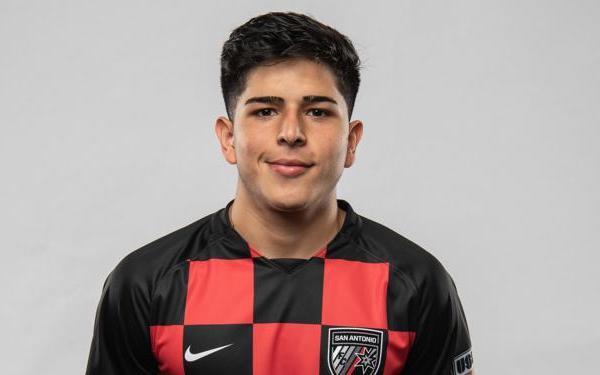 Jonathan Gomez (Louisville City, 17). Played in 10 games after the return to play for surging Lou City. Considered one of top young left-back prospects in the country with stints in both U.S. and Mexican youth national team camps. Started for North Texas SC, FC Dallas' second team, in its 2019 USL League One final win and trained at German clubs Werder Bremen, Freiburg and Hoffenheim before signing a pro contract with Lou City. Brother Johan is playing for Porto B in the Portuguese second division.

Justin Haak (Hartford Athletic, 19). Since stepping into the starting lineup in September on loan from NYCFC, Hartford has gone 5-1-1. Played three MLS games in 2019 but didn't play this season at NYCFC, which is deep in central midfielders. Named the 2019 Development Academy's Boys Player of the Year for the East region. 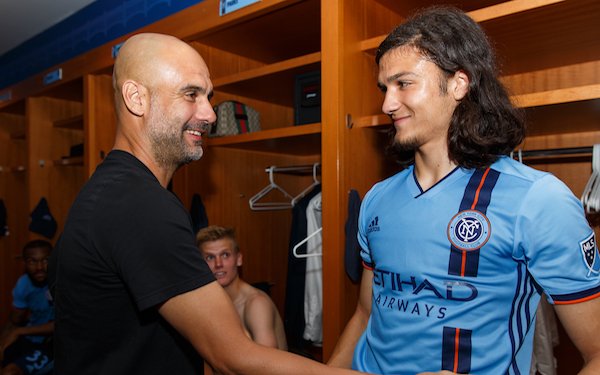 Jonny Perez (LA Galaxy II, 17). Scored three goals in September to finish with four goals and two assists in 12 games. Signed to a Homegrown Player contract by the Galaxy in February after climbing through its academy system, beginning with the under-13 team in 2016. Has played with Mexico youth teams after playing for the U.S. U-16s. 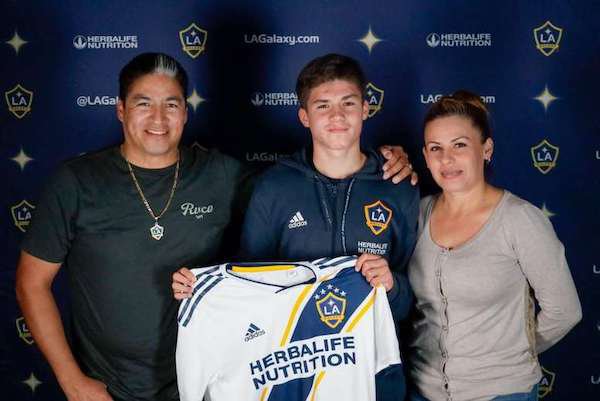 Jordan Perruzza (San Antonio FC, 19). Scored three games in five games after arriving on loan in September from Toronto FC, which was forced to sign out the 2020 USL League One season due to travel restrictions in Canada. Signed an MLS contract with Toronto FC that will take effect in 2021.

Adam Saldana (LA Galaxy II, 18). Played every minute in his 15 starts for Galaxy II. Joined the Galaxy academy in 2018 and signed a USL pro contract with Galaxy II in June 2019 after starting for USA at 2019 Concacaf Under-17 Championship. Started all three games for U-17s later in the year at the world championship in Brazil.

Hayden Sargis (Sac Republic FC, 18). Led Sac Republic in minutes played with 1,237 after signing USL pro contract in January. Part of a strong academy program that could pay dividends when Sac Republic joins MLS in 2023. Three other teens started for Sac Republic in 2020.