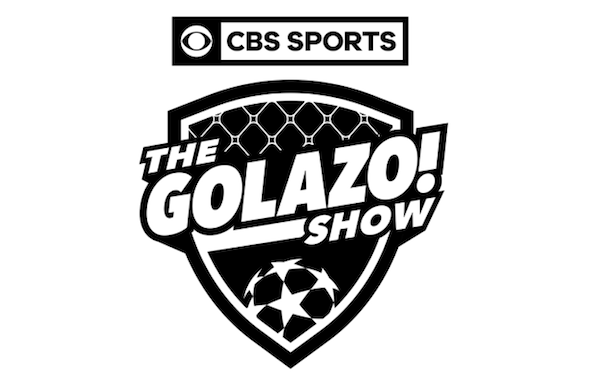 The bad news: All the group-stage matches and all but "select marquee matches" for the rest of the tournament will only air on streaming pay channel CBS All Access.

The good news: CBS Sports Network, the sports cable network, is introducing a whip-around show, “The Golazo Show," to air during the group-stage slot on weekdays when six matches are being played simultaneously, beginning on Tuesday.

The show will include all the goals and highlights as well as running analysis and commentary. It will be part of the eight hours of live UCL coverage each matchday across multiple CBS Sports' platforms:

Dan Weinberg, CBS Sports' executive vice president, programming:
“With multiple matches being played simultaneously across Europe, we wanted to give soccer fans a fun way to experience that excitement and see every goal from every match as well as all the key moments as they happen. ‘The Golazo Show’ will keep fans updated throughout the day’s action with all the goals and latest results, bringing them highlights as soon as they occur while also providing expert analysis – all at a single destination.”

Univision holds Spanish-language rights. It has not announced plans for 2020-21. In 2019-20, games were carried on Univision, UniMas, Galavision and TUDN as well as streaming service TUDNxtra.