Gregg Berhalter on tracking the expanding player pool, MLS running a youth league, and reflecting on his own playing career abroad

After Gregg Berhalter  took the helm of the U.S. men's national team, he coached the team in 18 games in 2019. Since the 1-0 win over Costa Rica in January of this year, the USA has been sidelined because of COVID-19 restrictions, but an expanding player pool has been active in MLS and abroad. We checked in to find out how Berhalter and his staff are tracking American players, planning for the return to national team action, and for his views on the new youth soccer landscape. 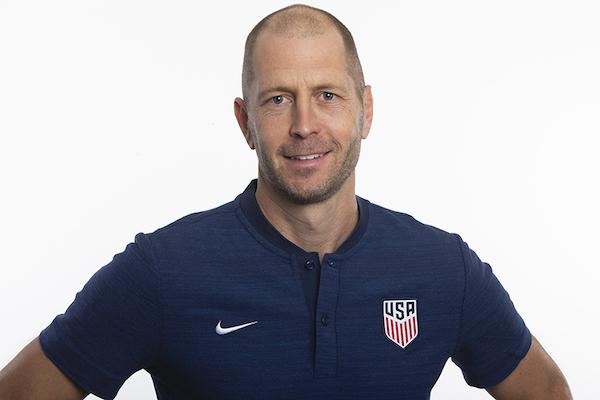 SOCCER AMERICA: With your team unable to play because of COVID restrictions, what's your daily, weekly routine like?

GREGG BERHALTER: We're in the office two days a week, on Wednesday and Thursday, when we get the staff together to work. We have the white boards and tactic boards, are able to interact with each other in a more detailed way. Mondays and Tuesdays are used for scouting. Monday is reviewing the games and Tuesday is presenting the results of that -- the scouting reports to the group. We get input on all the players' performances. We're watching every game that our players are playing in, which is great. Tuesday becomes a long call because we're reviewing everyone.

Friday we'll have another call with the whole staff as well. On the Tuesday and Friday calls, the whole staff is on it, from admin, to high performance, to strength and conditioning, to medical, and we're able to really talk about the players, talk about situations, talk about planning. Those have been really productive calls. That's been good. What you don't get is the live games.

SA: Have you been able see any games in person?

GREGG BERHALTER: We're only able to go to Chicago Fire games in the stadium here. We're not traveling to games, so we're missing that, and the face-to-face you get with the players when you travel. But we're watching a lot of soccer, so that's been good. And we were able to watch all the MLS is Back tournament games, 30-something games.

SA: How many full games do you watch on a weekend?

GREGG BERHALTER: I'll have four to five games to analyze, with the rest of coaches, in total we're watching 30-35 games a weekend.

SA: How many players are you and your staff keeping an eye on?

GREGG BERHALTER: We get to see all the Americans in MLS and we're probably tracking 25 players in Europe and South America.

SA: What do you look for?

GREGG BERHALTER: With younger players or players new to the pool, what we do is we start projecting their skill sets and we have specific profiles for each position on the field. Then we ask, does this person match this profile? That's really important, so we feel that we can put the player in the best possible position to perform to the best of their capabilities. We're really looking for that for some of the newer guys. For some of the older guys, we're seeing what type of form they're in, or to get more detail on their performances. With those guys, we send them feedback, some short videos on some things that they did really well, or things they could work on. It's been a good process.

SA: What are you most impressed with Americans players abroad?

GREGG BERHALTER: It's been really difficult not being with the team this year and you worry about the lack of progress, but what's been happening is the guys have been making a ton of individual progress. That's been inspiring to see. You start seeing these performances at a high level and you get excited because you say, OK, if they can do it there at the international level, they can do it for us as well.

SA: How closely do you track the USMNT players' fitness?

GREGG BERHALTER: We get data from the clubs. That's been a great outreach program that we have with all the clubs. We share data, so we know where our players are at. And they know where their players are at when they come back from our camps, which is really important.

SA: The COVID interruption has forced clubs to play more games in shorter periods of time and will also create a busier national team schedule. Does that concern you?

GREGG BERHALTER: It's going to be interesting to deal with it, but all the teams in qualifying will have to deal with that. 2021 is going to be a congested year and that's just something that we're going to have to be smart about. A: how we juggle the rosters; and then B: how we manage the loads of the players. We feel like we have a deep team and we're going to need the depth.

SA: With American players having significant success playing abroad, will their experience change your approach to how you want your team to play?

GREGG BERHALTER: I don't think so. I think it's just about putting each player in position in which they can succeed and then collectively be a good team. We're watching these guys so closely to know their strengths and plan to put them in a position to take advantage of that on the field.

SA: To what do you credit the surge of Americans breaking through with European clubs?

GREGG BERHALTER: I've mentioned before that it's a collective effort. The Development Academy had a lot to do with it, introducing standards and providing a platform for the best to play against the best. It had to do with MLS owners investing heavily in youth development infrastructure and coaching. You referenced players breaking into European clubs, but what about all the players that are breaking into MLS clubs at such young ages?

We have this explosion of young talent playing and it's great to see. To me, it's directly related U.S. Soccer's decision to start the Development Academy [in 2007]. Not only that, but all the clubs that embraced it, and then MLS clubs taking it to the next level with the infrastructure, with the academies, the spending on fields, facilities and coaching. It's been really good. When you're purposeful with your development, you can really have results.

SA: We're also seeing American teenagers getting USL playing time. In the old days, MLS teams didn't have reserve or affiliate teams playing competitively like they do now for the young players not ready for MLS first-time play. That must be important, right?

GREGG BERHALTER: Yeah, 100%. That's what I mean when I start talking about a pathway. Everyone develops at different stages and some players may not be ready for MLS. Do they just drop off the face of the earth or do they have a platform , do they have a pathway to keep developing? The USL provides that and it's been great. I know that's really important for these youth players to see the pathway to becoming a professional. There are different routes to get to the top and the USL is certainly one of the pathways that players can take.

SA: In the wake of U.S. Soccer pulling the plug on the DA, how do you feel about MLS stepping in to run a similar type of youth league, MLS Next?

GREGG BERHALTER: I think it's a natural step that that should happen, right? You don't necessarily want the Federation running a league. So how do you evolve? This was a great moment where MLS stepped up and said, OK, we're gonna take control. I think it's a great move. What we're looking for is ensuring a pro player pathway, that the kids still have an avenue to make it to the top. We're talking about not just the MLS markets but reaching out to other markets, including other clubs and making it a very competitive platform. So I'm excited about it.

I always believe standards drive development and are really important. Coaching standards, playing standards, training vs. games, travel -- all that needs to be thought out so the players keep developing. Then the other piece of that is our role: providing the international experience to really round off the development for the players. 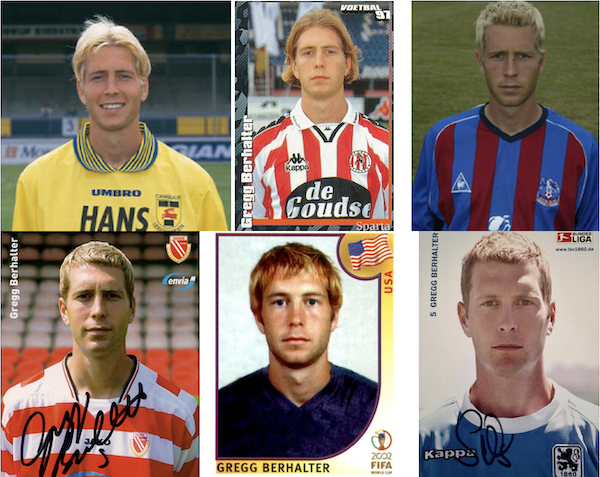 Gregg Berhalter's playing career included stints in the Netherlands with Zwolle, Sparta Rotterdam and SC Cambuur (1994-2000), in England with Crystal Palace (2001-02), in Germany with Energie Cottbus and 1860 Munich (2002-09), both of which he captained, and in MLS with the Galaxy (2009-2011). During the USA's run to the quarterfinals of 2002 World Cup, it was Berhalter's shot in the 1-0 loss against Germany that was infamously stopped by Torsten Frings' hand without referee Hugh Dallas awarding a penalty kick.

SA: You left the University of North Carolina after your junior year in 1994 to embark on a 15-year playing career in Europe. Does reflecting on your experience help you give advice to young Americans going abroad today?

GREGG BERHALTER: Those situations are difficult and they're not for everyone. Fortunately it's different now, thanks to technology -- FaceTime and all these apps that enable you to easily stay in touch. But you still have to adapt to a foreign country, get to know the customs and the rituals of the country you're in. And then from a playing standpoint, you're not one of them yet. You gotta become part of that soccer society. And it takes some time.

I was lucky enough to be in Holland for six years and really feel ingrained in Dutch soccer. Same thing in Germany, where I was for seven years. But in England it wasn't like that. I was only there two years and I never really felt part of the soccer community there. It's a big challenge and I advise players to have a good support system around you and understand that it's not always going to be playing in filled stadiums and the great moments. There are going to be difficult moments.

SA: I imagine learning the language is important. How quickly did you learn Dutch?

GREGG BERHALTER: By the end, I was speaking fluent Dutch, but it took me a while because everybody spoke English. I learned German much quicker because I went to the former East Germany [Energie Cottbus in 2002] where English-speaking wasn't common.

SA: Is your German still fluent?

SA: How many languages do you speak?

SA: How did you learn Spanish?

GREGG BERHALTER: Being around it, being raised in Northern New Jersey and playing for a multicultural team. I went to Argentina when I was 14 for a couple months. Me and Claudio Reyna and another guy went to stay with Claudio's [grandparents] and played for Independiente. So a combination of environment and taking it in school.

2 comments about "Gregg Berhalter on tracking the expanding player pool, MLS running a youth league, and reflecting on his own playing career abroad".
Read more comments >
Next story loading