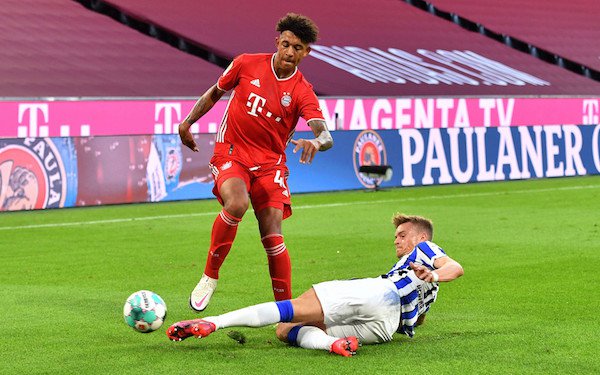 Chris Richards, who made his first start for Bayern Munich in its 4-3 win over Hertha Berlin, is sidelined with a calf injury.

He picked up the injury in the second half of the match against Hertha and exited in the 65th minute after recording his first Bundesliga assist. He missed Thursday's German Cup match against fifth-tier FC Dueren (3-0 win) and won't be available for Sunday’s Bundesliga game against promoted Arminia Bielefeld.

Freddy Adu is off to Swedish third-tier Osterlen. Adu, who has not played competitively since 2018, is expected to join Osterlen FF, currently first in its regional league in Sweden's fourth-tier Division 2 for the 2021 season.

The 31-year-old Adu has already played for 14 clubs in eight different countries in his career:

Zyen Jones is back in Europe. The Atlanta United academy product signed with Hungarian champion Ferencvaros but will join its reserve team in Hungary's third-tier NBIII. Jones, who scored two goals in two games for the USA at the 2017 Concacaf Under-17 Championship, spent a season with German club Schalke on its U-19 team. He played for the USL Championship's Charlotte Independence in 2019 .