David Richardson's vision: Longtime Chicago youth coach on the 21st-century role of a coach, the MLS Next model and its next big challenge

In the 18th century, David Richardson  says, a coach was defined as “a vehicle that takes someone of importance from the place they’re at, to where they want to go.” 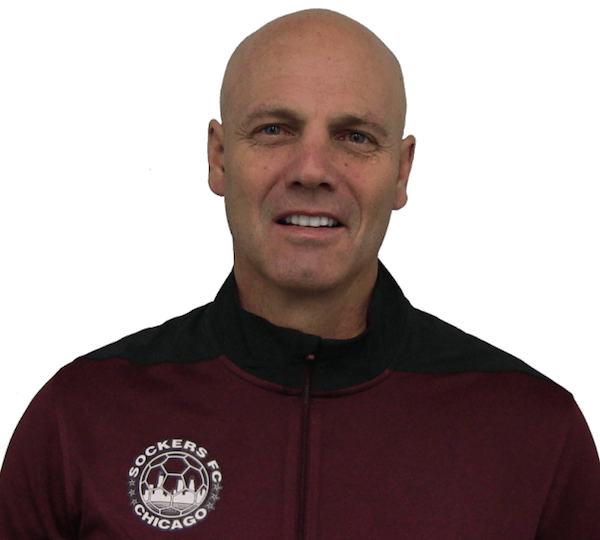 In the 21st century, “that’s what soccer coaches do with players.”

The England native has been doing it since the 20th century. In 1975, his father started a recreational program in the Chicago suburb of Hanover Park. When his dad traveled for business, Richardson took over. He was just 12 years old.

He kept coaching while in high school and college. His playing resume includes a professional indoor stint. But it was coaching that defined him. His future in-laws scoffed when they heard that was his career. They soon realized it was a legitimate calling – and that Richardson is excellent at it.

A coach teaches skills and tactics, Richardson says. But a coach also inspires players to overcome challenges and deal with setbacks. And a coach creates strong bonds. When Richardson got married, his players served as ushers.

Richardson has spent his coaching life in the Chicago area. First with the Stingers, and now with Sockers FC, the technical and development academy director has helped create some of the Midwest’s top players. Sockers alumni include Michael Bradley, Jonathan Spector, Jay DeMerit and Mike Magee.

For a decade, the Sockers competed in U.S. Soccer’s Development Academy. Some chafed at the top-down leadership approach. Richardson hails it. “At that time, we needed structure and standards,” he says. “It was necessary to allow clubs that were motivated to provide players with a platform and opportunity to really develop.” But this past April, U.S. Soccer suddenly dropped the Development Academy. A group of clubs immediately banded together, forming a new organization. “In three days, we did what couldn’t be done in 13 years,” Richardson says proudly.

What they did was create a new structure, which they say meets the needs of American soccer in the 2020s. It retains the Development Academy’s structure and standards. But it is more collaborative and inclusive, Richardson believes.

“If you put two people in a room, you can create a relationship,” he says. “If you have three people, you’ve got politics.” The “three people” in the DA room were U.S. Soccer, MLS and elite clubs. With U.S. Soccer out of the organizing picture, he says, there is a renewed chance for progress.

MLS Next – the youth league powered by the professional league, but with equal input from top clubs around the country – offers an opportunity to go beyond the previous iteration. “U.S. Soccer’s mission was to ‘create world-class players,’” Richardson says. “I say, ‘we need to create a world-class soccer culture.’ If we have a culture that includes players, coaches, referees – everyone – then world-class soccer players will naturally come out of it.” 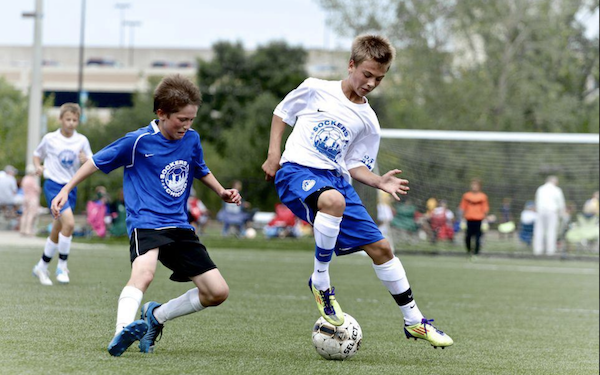 COVID, and the subsequent closure of much of the American sports scene, provides a chance for a soccer re-set, he explains. “As we come out of the pandemic, we can’t be the same as when we shut down. We have to be more creative. We need to put our differences aside, and work together collectively to move forward.”

In a country as enormous as the United States – where some teams play outdoors all year while others cannot, and pandemic restrictions vary from “no play” to business as usual – the more open MLS Next model works well, Richardson says.

Freed from U.S. Soccer strictures, the new academy is re-examining concepts like the ideal number of games. Some DA teams played as few as 22 games a year. Richardson thinks 40 is a more appropriate number. To get there, officials are devising new events, reaching out to a broader club base beyond those officially in MLS Next. There may even be an Open Cup, similar to the long-running men’s competition.

“The U.S. is too big for a one-size-fits-all model,” Richardson insists. “Everyone has to collaborate, to figure out what’s best for individual clubs and regions. In the end, that benefits all American soccer.”

He hopes the MLS Next model can help bring order to the alphabet soup that confuses even the most dedicated observer. Clubs today play under a variety of umbrellas: MLS Next, U.S. Soccer, U.S. Youth Soccer, U.S. Club Soccer and more. The result is confusion – and even contradictions, caused by conflicting standards and practices.

“American soccer players come out of a variety of environments, including MLS Next, elite clubs not affiliated with the league, and colleges. Now we have to find a way to develop players, and move them around, without navigating all those different umbrellas,” Richardson says.

As for Richardson’s belief that a soccer coach’s job is to take players from where they are, to where they want to go: He’d love them not to go too far.

One of the big American soccer issues, he says, is ensuring that the top players stay in our domestic leagues. Just call it MLS Next’s next big challenge.

youth
3 comments about "David Richardson's vision: Longtime Chicago youth coach on the 21st-century role of a coach, the MLS Next model and its next big challenge".
Read more comments >
Next story loading