Laura Harvey on her Midlands soccer upbringing, taking charge of the U.S. U-20s, and working with college coaches

With no girls league available in the Midlands region of England where she grew up in the 1980s and early 1990s, Laura Harvey  played on boys teams and in pickup games at a neighborhood park where the kids included Laura Bassett, now a two-time England World Cup player, and John Curtis,whose pro career started at Manchester United. At age 14, Harvey joined Coventry City's women's team. By then she had already gathered experience that would serve her well for the coaching career she launched at age 22 in 2002. 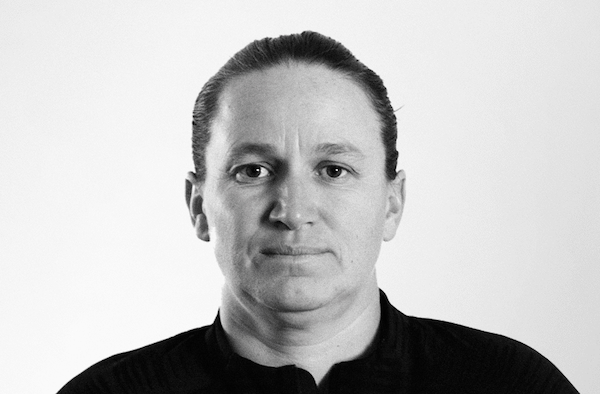 Harvey became head coach of the U.S. U-20 women's national team in January after seven seasons of coaching in the NWSL, a span during which she was twice named Coach of the Year. Before taking charge of the Seattle Reign in 2013, Harvey coached Arsenal's women's team. In February, she guided the U-20s to Concacaf U-20 Championship title at which her team outscored its seven opponents its opponents 44-1 and beat defending champion Mexico, 4-1, in the final. The performance qualified the USA for the 2020 U-20 World Cup that was supposed to be co-hosted by Costa Rica and Panama in August but, because of COVID, is now scheduled for Jan. 20-Feb. 6. Harvey also manages the U-18 and U-19 programming.


SOCCER AMERICA: How did soccer become such a big part of your life?

LAURA HARVEY: My dad was a full-time high school teacher, but he also worked part-time with professional clubs' academy programs on the boys side and for the English FA for a period. My brother, who's four years younger, and I grew up in an environment where soccer was definitely a big part of our lives, whether it be going with my father to the games he was scouting, or watching him play. But there really weren't teams for girls during that period so I played with boys.

SA: What kind of soccer did you play?

LAURA HARVEY: The pickup mentality was huge and we had a big park around the corner from our house. Mainly boys played, but Laura Bassett also played in it, and John Curtis used to play in those games. It was real old school. Whoever's got sweatshirts puts them down to make goals. Whoever brings the ball picks the team. I was always clever enough to arrive early with best ball, because my dad was a coach, and always ended up being able to pick the best team.

I grew up in village [Bulkington] but we were really lucky because we were surrounded by a lot of kids that looked to play. It was a pretty good standard. If you weren't very good, you stood out. The pressure was on even though it wasn't a league and the scores didn't mean anything official. But those games were definitely competitive and you had to hold your own. 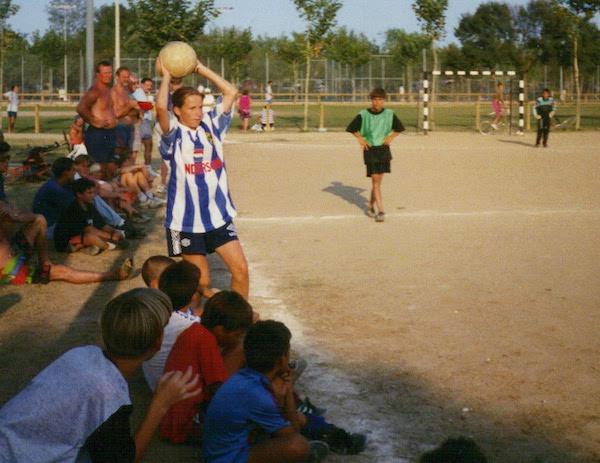 Harvey joined Coventry City's women's team at age 14, Sheffield Wednesday at age 17, and played for Wolves while earning a Sports Studies degree at the University of Wolverhampton. She played at Birmingham City until career was cut short by a knee injury at age 22.

SA: How did you make the leap to Coventry City's women's team?

LAURA HARVEY: Because there wasn't a girls youth league, me and a few other girls in our early teens banded together and created our own kind of team, and then a group of us, five or six girls, joined Coventry's women's team when I was 14. When I as 17, I actually went and played for Sheffield Wednesday, the club that I adopted as my team because at that stage in my life I was really obsessed with one of their male players who was so good. So I went and played for their women's team, which was about a 90-minute drive. I learned to drive so I could drive myself up there to train and play. I loved it.

SA: Who was the player?

LAURA HARVEY: Chris Waddle. He was like my schoolgirl crush. A lot of people grow up in a family where you support the local team or the club your family supports. We didn't grow up in that type of environment because my father's soccer work required him to stay impartial.

LAURA HARVEY: I do. It's interesting because we're taking our Pro License together. I told him I remembered him, and his kit -- with the Sanderson sponsor on the front -- was the same as [Waddle replica] shirt I wore all the time. That reminds of the time I wore it to a Sheffield Wednesday away game and they wouldn't let me in the stadium wearing it because when the home team fans saw they said it wouldn't end well for me.

SA: You knew at early age you wanted to go into coaching?

LAURA HARVEY: As far back as I can remember, my dad would take us to games. We'd go to Premier League games and sit high up about the halfway line -- a really good coaching observation view. We were always taught by my dad to not just watch the ball, but everything else that's going on. Like the center forward's movement or whatever it might be. I definitely think that my upbringing and how I saw the game was always linked towards coaching.

We were lucky because the Midlands has so many big clubs in such a small area. We had Coventry City, Aston Villa, Leicester City, Birmingham City, Wolverhampton Wanderers, West Brom, all within a 30-minute drive. We would go to all of them and occasionally would take a trip down to London to Wembley to watch England. 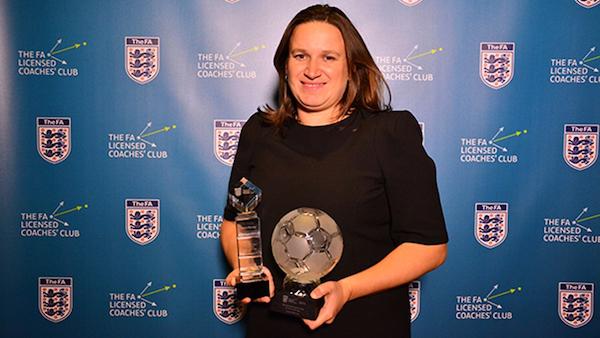 Laura Harvey (with the English FA 2014 Coach of the Year award) served as Birmingham City assistant coach for four years and as head coach in 2006-2008 before taking the helm of Arsenal in 2008-2012 (winning three straight league titles and a FA Cup). She also coached Arsenal's academy and reserve teams. She served as England U-15 girls and U-23 head coach and as an assistant coach for England at the 2008 FIFA U-17 Women’s World Cup.

SA: How did your move to the USA come about?

LAURA HARVEY: I was Arsenal head coach at the time. My brother had lived in America about nine years so I had visited him a lot. I did summer camps in the U.S. in my college days and I always loved it.

On the female soccer side, the U.S. has always been where, if you're a European-based, whether you're a player or a coach, coming here to play or coach is a bucket list thing. To be among the best was always a driver for me.

We [Arsenal] had just won in the Champions League in November [to advance to the quarterfinals]. Then on a normal Monday in December, my phone rang. The number had Seattle attached to it, so I thought it was a cold call but I answered it anyway. It was the Seattle Reign, and they asked me if I'd be interested in being their head coach. We spoke again the next day and by Thursday I resigned as Arsenal coach. It was before women's coaches were contracted, so I could just walk in and resign. 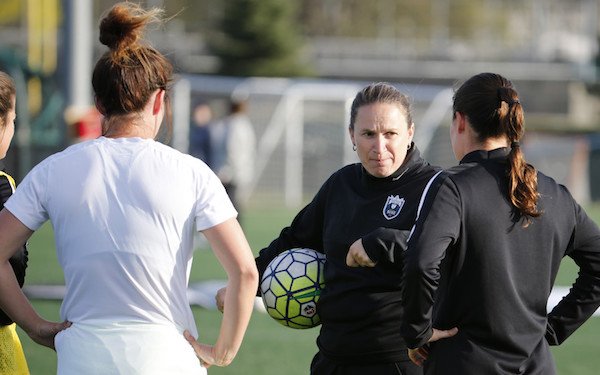 SA: What was the key to your success at the Concacaf Championship despite having minimal time with the team?

LAURA HARVEY: Knowing that it was such a short turnaround, I wanted to focus on the most important aspect: If we can get into the top two in this tournament, we qualify for the World Cup and then our journey together continues. If we don't qualify, our journey ends abruptly. Yes, we want to play a certain way. Yes, there's a style of play that we definitely want to continue to develop, but we've got to do the things that will enable us to be successful quickly.

I watched a lot of previous games. I looked at what Canada and Mexico had done previously. I was at the 2018 U-17 World Cup and a lot of [runner-up] Mexico and [fourth-place] Canada's success had moved up to the 20s. I saw a lot of those teams and the coaches were actually the same people, too. I had an idea of where they were at, but honestly had no idea about where we were at. So we had a camp in January with a big pool but had the mindset that if we picked a roster of experienced players we might have a chance to elevate their development quickly.

We knew we had to be really ruthless when we had the ball and quickly we could win it back if we lost it. Working on that set us up well for the group stages. We finished very well in those games and used them to work on the things we didn't have time to focus on during practice. Then we played Canada earlier than expected -- in the quarterfinals because Canada lost to Jamaica -- which forced our players to solve things they hadn't faced. Credit to the players for finding the solutions.

SA: How has you and your staff's work been unique during the COVID interruption?

LAURA HARVEY: We've been preparing for the "what next," but I've become very good on virtual media and my video analysis of players has taken an upward trajectory. We've also done a lot of work top down, bottom up, and also across genders.

SA: What do you mean by "across genders"?

LAURA HARVEY: We've been doing a lot of work as a collective group of youth national team staff and talent ID staff across both genders on what we can do to make our programs better. What can we do to improve what we currently look like. Reflecting on who we are right now and who we want to be, and what things we need to put in place to make that happen.

SA: Who leads that?

LAURA HARVEY: It's kind of a round-table situation led by Talent ID with GMs on both sides, Brian [McBride] and Kate [Markgraf] involved in an environment where we've all had the opportunity to be part of what we want things to look like moving forward.

SA: I realize it's early on and we're in the midst of a pandemic, but can you comment on the new girls soccer landscape -- ECNL Girls and the upstart Girls Academy League -- in the wake of U.S. Soccer's Girls DA folding?

LAURA HARVEY: What's the normal going to look like? No one quite knows yet. From our perspective, we are dedicated to find the best players in this country. However youth soccer is configured or how it changes over time, we're focused on making sure we see the players with potential for the future. One of the things that we've done, especially with my age group, is talk to the college landscape about how we can work together and utilize their resources. Are there players out there that they feel have the promise that we're looking for? We can work together with college coaches in finding ways to go out to see them, or at least on video in this virtual world. You always want to see players live, but one of the positives of the COVID impact has been learning how to improve video scouting.

SA: If a soccer newcomer who had been recruited to coach a U-7 team asked you for advice, what would it be?