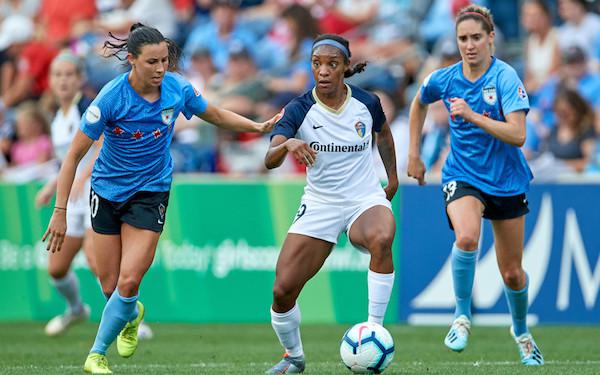 U.S. national team star Crystal Dunn was traded to the Portland Thorns in a three-team deal. The move allows to join her husband, Frenchman Pierre Soubrier, who is the Thorns's trainer. She spent the last three seasons with the North Carolina Courage with which she won NWSL doubles in 2018 and 2019.

Dunn turned pro in 2014 following a college career at University of North Carolin and was selected first overall by the Washington Spirit in the 2014 NWSL College Draft. She was named the NWSL MVP and won the Golden Ball in 2015. That season propeled her back into the U.S. national team picture and she started on the 2019 World Cup championship team.

Murphy starred at Rutgers but moved to French club Montpellier out of college. She signed a contract with OL Reign in May 2019 and has been its No. 1 keeper ever since.