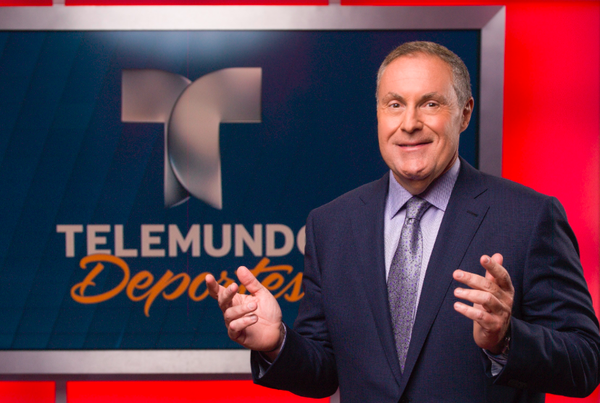 Cantor, the first Spanish-language broadcaster to win the award, will be honored at next year’s National Soccer Hall of Fame induction ceremony in Frisco, Texas. The ceremony will also feature the induction of Hall of Fame Class of 2020 inductee Carlos Bocanegra, along with the Class of 2021. (The 2020 ceremonies were postponed because of the COVID-19 pandemic.)

Cantor has been the play-by-play man for broadcasts of thousands of games from myriad leagues and national team competitions in the last three decades. The nine World Cups he's covered, for TV, radio and print, included calling all 52 games at the USA-hosted 1994 World Cup for Spanish-language Univision.

Cantor, who won an Emmy for his coverage of the 1994 World Cup, helped, at that time, to popularize the U.S. national team in the Latino community, coining the term La Seleccion de Todos  ("Everyone’s national team”).

Cantor was born in Buenos Aires, Argentina, where he attended his first soccer game when he was 4. He moved with his family to Los Angeles when he was a teenager -- his father was a doctor, his mother a psychologist -- and he attended USC, studying journalism.

He started out as a print journalist for Argentine magazine El Grafico, covering the 1982 World Cup in Spain at the age of 19. He was in Mexico four years later, writing for El Grafico and France Football, when Diego Maradona led Argentina to the World Cup title.

Cantor joined Univision in 1987 just as it became a force in American broadcast television. He told the Los Angeles Times in 1994 he got the job after an audition that consisted to announcing two games on tape, one as a play-by-play announcer, the other as a color commentator, neither of which he had ever done before.

In 1989, he was the only Hispanic reporter on the sideline in Trinidad & Tobago when the USA qualified its first World Cup in almost 40 years.

Cantor joined Telemundo in 2000 in a reunion of former Univision talent, Norberto Longo and Jessie Losada, as well as Jorge Hidalgo, a former executive at Univision.

He has covered both World Cups and Olympics on both the men's and women's side.  He is also the chairman of the Futbol de Primera radio network.

Cantor's son, Nico, is a rising star in soccer broadcasting. He just joined CBS Sports as the host of "The Golazo Show," the new UEFA Champions League whip-around show.

The Colin Jose Media Award was created to honor the contributions of members of the print and electronic media, including reporters, columnists, authors, broadcasters, editors, public/media relations professionals and others who specialize in communications with respect to soccer in the United States. The award is named for Colin Jose, Historian Emeritus of the National Soccer Hall of Fame and the preeminent soccer historian of North America.