MLS Weekend: Carlos Vela is back, just in time for stretch drive 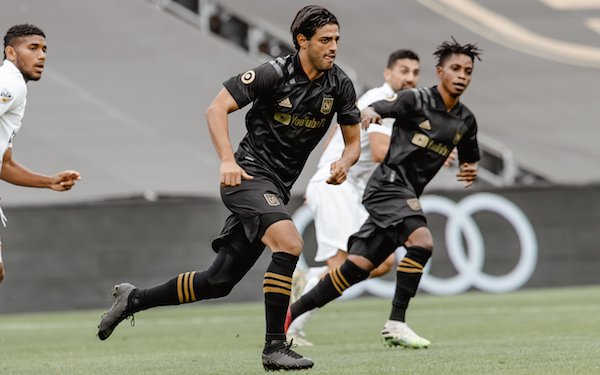 Carlos Vela punctuated his return to LAFC for the first time in more than two months with a late goal to seal a 2-0 victory over struggling rival the LA Galaxy in El Trafico.

“It means a lot to everybody that Carlos not only gets back on the field after being out a while," said LAFC coach Bob Bradley after the game, "but then scores an excellent goal. It’s been really good just to have him back in training.”

Vela had previously missed the MLS is Back Tournament to stay with his pregnant wife,  Saioa, who had a girl, India, on Oct. 16.

“There has been a lot this year,” Bradley said. “Carlos, in the midst of everything, the great news is still the family news and the birth of daughter. Everybody has supported him throughout the process and we’re excited to get him back every day and have him really finish the season in a great way.”

Western Conference race. Sporting Kansas City jumped to the top of the Western Conference standings on points with a 4-0 win over Colorado. The Rapids had not played a game in a month because of a COVID-19 outbreak and held Sporting scoreless for opening 45 minutes. But Alan Pulido, Andreu Fontas, Gadi Kinda and Gerso Fernandes all scored in the second half to give Sporting the convincing win.

Sporting KC has a 10-6-3 record for 33 points, one more than Seattle and Portland. The Sounders have one game against Colorado that was not played and has not yet been rescheduled. (They still lead Sporting KC in points per game -- 1.78 to 1.74.)

Expansion team watch.Inter Miami snatched three points with a 2-1 win over Orlando City and moved into 10th place in the Eastern Conference. As things stand now, both expansion teams -- eighth-place Nashville SC and Inter Miami -- will make the playoffs.

The Inter Miami-Orlando City game was played in front of fans for the first time at the new Inter Miami CF Stadium, a limited number of season-ticket holders, filling the available allotment of tickets in the reduced-capacity stadium. 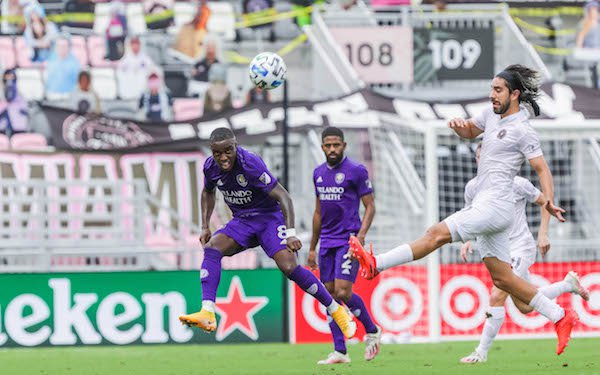 MLS rearranged the conferences in the middle of the season due to the pandemic, giving the Eastern Conference 14 teams and the Western Conference 12 teams and deciding to advance 10 and eight teams -- all but the bottom four -- to the postseason.