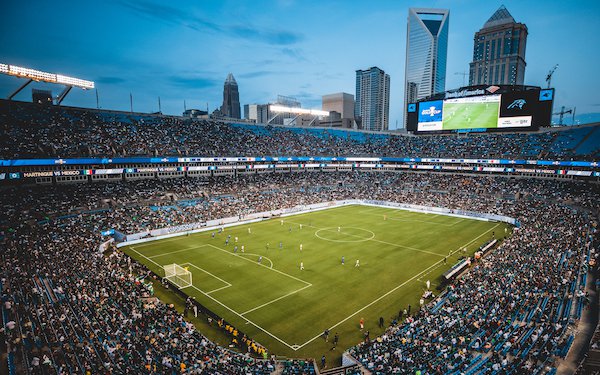 Charlotte came out of nowhere in 2019 to secure an MLS expansion team -- the 30th and last team in the league's recent expansion push.

The plan was for the team, Charlotte FC, to begin play in 2021, giving it the shortest lead time of any start-from-scratch MLS expansion team in the league's history. That start was pushed back this summer until 2022 after the COVID-19 pandemic hit.

Now, city development funds tied to the team's launch have been sharply reduced.

David Tepper, the owner of the NFL Panthers, paid a record $325 million expansion fee to secure the expansion team, and big part of the attraction of the Charlotte bid was the commitment Tepper Sports & Entertainment secured from Charlotte mayor Vi Lyles on $110 million from hospitality-generated funds.

Part of the $110 million was going to be used for stadium work to make 75,000-seat Bank of America Stadium optimally suitable for soccer. The rest was to be used for the MLS team’s headquarters, training facilities and academy program at the former Eastland Mall site as part of a revitalization project.

That sum of $110 million has been scaled back to $35 million, not exactly a surprise given how hard municipalities and their development projects like those on stadiums, arenas and convention centers have been hit by the reduction in tax revenues tied to hotel stays during the pandemic.

Charlotte will reimburse Tepper Sports & Entertainment $10 million on the Eastland project -- Charlotte FC will use it for its MLS Next academy program and fields to be shared with the community -- and $25 million in Uptown, including work at Bank of America Stadium.

The Charlotte Observer reported that there is space at the sports complex the Panthers are building in Rock Hill, South Carolina, for Charlotte FC's headquarters and practice facilities.

The revised agreement will go to the Charlotte city council for its approval on Nov. 9.