MLS: What we know and don't know about playoffs and this season's surprises 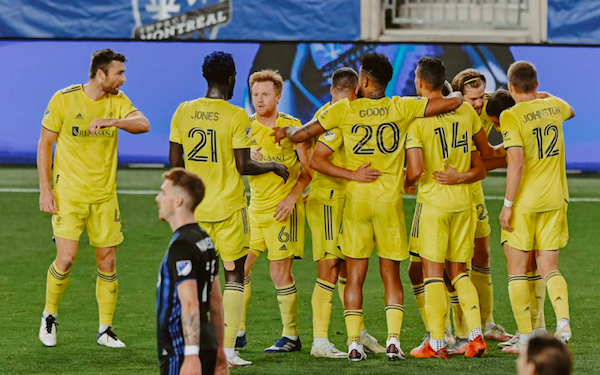 There are just 12 days left of Major League's 2020 regular season.

It everything had gone according to plan, MLS would be about to crown the conference champions and look ahead to MLS Cup at the end of next week.

That was before COVID-19 hit.

It seems long ago that MLS shut down for four months. Since the league resumed on July 8, teams will have played as many as 25 games over 124 days, about one every five days, in a mad rush to play as many games as possible before the Nov. 8 finale.

The fifth and sixth teams clinched playoff berths on Tuesday night. NYCFC became the fifth team in the Eastern Conference to head to the postseason thanks to Nashville SC's 1-0 win over Montreal.

In the Western Conference, Seattle reclaimed first place and became the first team to clinch a postseason spot with a 2-0 win over Vancouver.

Lots more teams will join them in the playoffs.

In 2019, the playoff field was expanded to 14 of 24 teams. In 2020, following the decision to return to play in July, MLS expanded the 2020 playoff field to 18 of 26 teams. All but the bottom four teams in each conference will advance.

What needs to be resolved ...

MLS has yet to announce how it plans to deal with the six games -- all involving Western Conference teams -- for which no new dates have been announced since they were postponed because of COVID-19.

Five involve Colorado, which had a sixth game moved to Nov. 4, leaving the Rapids with no free dates to play the other games.

As things stand now -- we're assuming no more COVID-19 disruptions -- Colorado will play 18 games and seven teams will play 22 teams and the other four Western Conference teams will play a full allotment of 23 games.

Does MLS go with points-per-game to decide the final standings? It's been done before, as MLS commissioner Don Garber noted on a media call in August before the string of COVID-19 cancellations. In 2001, the MLS season was shortened because of the 9-11 attack on the World Trade Center, and teams played 26-28 games.

But does MLS allow Colorado to make the playoffs having played five less games?

Right now, the Rapids are 11th in the Western Conference with a 5-5-4 record, five points behind eighth-place San Jose, but they are seventh in points-per-game with four games to play.

What have been the surprises ...

That's an easy one.

In early July, who'd have thought Nashville SC and Inter Miami, the two 2020 expansion teams, would be in line to make the playoffs?

It's won three times and tied once in its last four matches for 10 points while outscoring opponents 8-2 in that span.

Inter Miami picked up its biggest win of the season, defeating Orlando City, 2-1, on a late goal by Leandro Gonzalez Pirez to move into 10th place and continue its best stretch (3-1-1 over its last five games).

The Five Stripes fired Coach Frank de Boer after they lost all three games at MLS is Back. Since then, they've gone 3-8-4, but they sit in 12th place with three games to play.

In another season, Atlanta United would be finished. But with 10 teams headed to the playoffs from the Eastern Conference, it still has a shot.