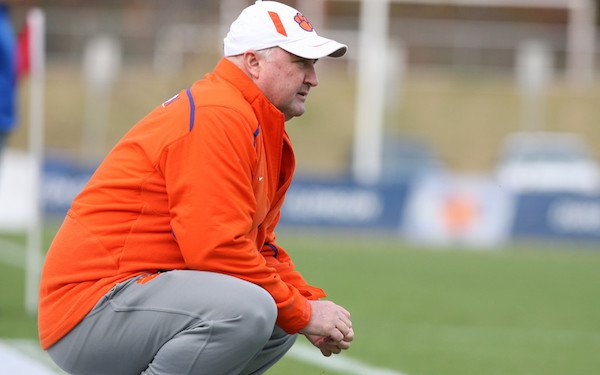 Clemson reported the passing of the Belfast native, who was recently listed as coaching in the Dillsburg Area Soccer Club in Pennsylvania.

After leaving Clemson, Adair was an assistant at Old Dominion and later coached various amateur and youth teams in Florida, including the Palm Beach Predators in the U.S. Soccer Development Academy.

Adair was born in 1961 in Belfast, Northern Ireland, and came to the United States to play college soccer at Lock Haven University, which won the NCAA Division III title in 1978 and Division II title in 1980. He soon thereafter went into coaching, as an assistant for eight years at South Carolina.

He is survived by his wife Jody and daughters Courtney and Megan.

"I am deeply saddened, as is the entire Clemson soccer family, by the loss of Trevor.  My heart goes out to Jody and his daughters. Trevor had a significant impact on our soccer program here at Clemson, as well as the State of South Carolina, the Southeast region and in New England. He will be missed in the soccer community."

For information on celebration of life/memorial, sending sympathy cards and donating to the Trevor Adair Memorial Scholarship at Lock Haven University go HERE.