Come next year, Lyle Yorks  will have been a player agent for two decades. At the start of his career, he represented Claudio Reyna, who starred on the 1991 University of Virginia national championship team that Yorks captained, and helped orchestrate the moves by Carlos Bocanegra and DaMarcus Beasley  from MLS to Europe. 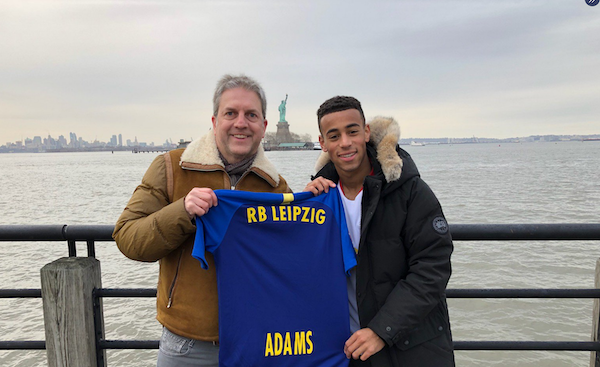 By 2006, Soccer America  included Yorks among the top 35 people making the biggest impact on American soccer. In 2013, Sports Illustrated ranked Yorks, who also represented Clint Dempsey when he moved to the EPL, among its Top 50 most powerful people in U.S. Soccer. (The other agent on both those lists is Richard Motzkin.)

Yorks has represented scores of high MLS draft picks, teenage MLS Homegrown signings such as Tyler Adams (pictured above, now with RB Leipzig) and others like Jordan Morris, who went to college first, U.S. national team veterans, including Jozy Altidore, and Americans who started their pro careers abroad.

We checked in with Yorks, the Global Executive Chairman of the YMU Group, in the wake of his 17-year-old client Caden Clark making a spectacular start to his pro career with the New York Red Bulls -- and as young Americans in general are breaking into the pros at an unprecedented rate.

SOCCER AMERICA: How different is it today to be an agent for American players who want to play in Europe compared to when you started representing players?

LYLE YORKS: Back then, you were really promoting the players to the Europe. I had a dual VCR, taping games, making copies, mailing them across the Atlantic. There was a lot of travel and explaining American players to foreign clubs. People asked do they play in MSL? Major Soccer League instead of Major League Soccer. You had to educate them on the players and the league itself. Once more players went over and had success -- Carlos Bocanegra and Clint Dempsey, these types of players -- the Europeans started opening their eyes more to American players.

Now, you still promote your players, but the clubs already have access to all the games on Wyscout, and player information through through TransferMarkt, analytics, collecting data, the GPS the players wear. They already have the players in their database. It's a lot easier for them to track the players and really have a good understanding prior to flying to watch them play.

SA: In the early years of Americans abroad, a trailblazer like John Harkes broke through after going on trials ...

LYLE YORKS: Now, when you call the president of a club to promote a player and he might say, "My scouts saw him. We'll sign him." I think it's a natural progression. When you have MLS players like Alphonso Davies from Canada playing for Bayern Munich or Tyler Adams playing for Leipzig, Christian Pulisic at Chelsea -- the region is producing and the success of these players is opening doors for future generations.

In the John Harkes days, you really had to fight for your opportunities. Trials were the pathway to playing abroad. Now, all the top European scouts are here at all the major tournaments. The volume of calls I receive looking at our top young, talented players has increased dramatically from the previous generations of American players.

SA: Why are we seeing an unprecedented number of young Americans breaking through at the pro level?

LYLE YORKS: The Development Academy system, the youth national team program, Major League Soccer, and an evolving soccer culture -- all of the above made an impact.

When I grew up, we had the old NASL and the Cosmos, but that went away [in 1984] and there was indoor soccer, which is different. When Caden Clark was born, MLS was already in place so he knew what he was aiming throughout his youth career.

Obviously, the national team program has made huge strides. For my U-17 World Cup [in 1985], 30 of us were invited to try out at the C.W. Post campus in New York and told to bring our passports. A few days later -- without prior games -- 18 of us were in Beijing playing against Guinea in front of 80,000 people.

Then a major landscape shift came when they [U.S. Soccer] created the Bradenton Residency [in 1999] for the U-17s. If that had been available, I would have not gone to high school in Connecticut. I would've ended up moving down there. Players in general are on a faster track and the majority of national team players never play college soccer or certainly don't play four years of college.

LYLE YORKS: When I was a kid, we had "Soccer Made in Germany" once a week on PBS. Even when I was assistant coach at Cal Berkeley (1995-97), I used to come to your [Soccer America] office to watch the German show "DoppelPass" for Bundesliga highlights once a week.  ...

SA: We were able see on Deutsche Welle thanks to our big satellite dish ...

LYLE YORKS: It wasn't easy to watch soccer like it is now. Today, young soccer players have non-stop access to all the best soccer in the world. That has created a soccer culture. 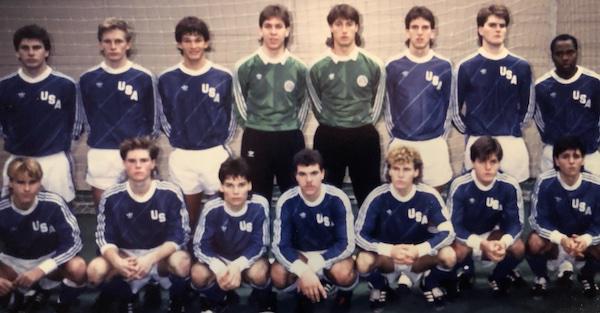 LYLE YORKS: When my wife and I decided to move back to the East Coast, I reconnected with a guy named Paul Stretford, who was my agent when I played in Denmark. By then he was Wayne Rooney's agent -- and he really believed in in the U S market. He represented Claudio Reyna, Eddie Lewis and Joe-Max Moore. He brought me in to run the U.S. market.

SA: To what do you attribute Caden Clark's rapid adjustment to the pro game?

LYLE YORKS: Once he decided at a very young age that this was his dream and his passion, his family really facilitated a pathway, making sure he was in the absolute best environment, leaving home to be part of the Barca Academy [in Arizona] and traveling to Europe. He also benefited from his parents' [Chris and Stacie] both being fitness experts. That includes all aspects, from performance training, strength, conditioning, health, nutrition.

LYLE YORKS: He's just such a student of every aspect of the game that his soccer IQ and his technical ability and tactical awareness really separates him from a lot of young players his age. He never gets caught with the ball at his feet. He sees things very quickly to find solutions to problems and spot opportunities. And he's able to adapt to different tactical systems. He's able to figure out pretty quickly how to an impact the game and has the ability to execute pretty quickly.

One thing that really impresses, with the success that's transpired, on a national level and to some degree on global level -- he was the most searched player on the website TransferMarkt after scoring on TFC  -- he's stayed really grounded and focused on getting better every day and not getting carried away.

He absolutely loves the Red Bulls. His teammates and the club have made the transition very smooth and seamless. A lot of players have kind of taken him under their wing and really helped him feel welcome and adapt quickly, which is a credit to the team and the organization. 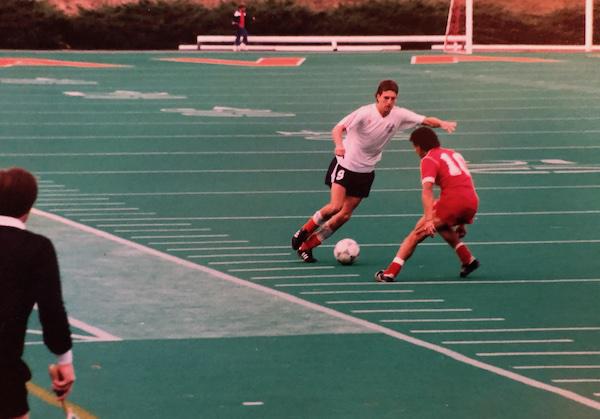 Lyle Yorks, with UVA, taking on N.C. State's Henry Gutierrez. A Connecticut product, Yorks was among the most highly touted teenagers in the nation in the mid-1980s. He started all three games for the USA at the inaugural U-17 World Cup (launched in 1985 as the FIFA U-16 World Championship) and was part the U.S. team that finished fourth at the U-20 1989 World Cup. He won national titles with UVA in 1989 (team picture above) and 1991, played pro ball in Denmark and briefly with D.C. United before serving as assistant coach at Cal Berkeley.

SA: When you're advising a young player, how do you approach the options of college, MLS or going abroad? Do you recommend one or another?

LYLE YORKS: First of all, if someone's pushing you too hard toward a certain direction, they might have a hidden agenda.

What I look to do is to keep all three options open, and explain the different benefits and challenges of each. Of the players I've represented who have reached the highest levels -- the national team, the Champions League -- some bypassed college completely, some graduated from college, some played college but left early. It's not one size fits all.

It's easy to sit on your couch and watch European soccer and think that's where you want to be. But talent takes you only so far. Are you prepared to adapt to a different culture? Are you passionate about learning another language? Is adapting to different foods and a different lifestyle something you'll embrace or something you'll find annoying?

The starting point is taking a deep dive into the options. From there, I share experiences of my clients, some of the roadblocks and hurdles, and have a grown-up conversation with the players and their families. It's about the player being put in the best environment to get games and develop. It doesn't make sense to sign with MLS or sign in Europe if you're not going to get games at a competitive level, because that's the development.

From there we design a pathway forward, whether it's MLS, directly into Europe or college.

SA: How valuable are your own experiences when you advise players?

LYLE YORKS: I was fortunate to play youth World Cups, so I kind of know what it's like for players to be in high-pressure situations at a young ages. I coached college soccer, so I understand the compliance issues and the regulations. Obviously some of those have shifted. I've played in MLS and I played in Denmark. But the modern game is different than what I grew up with. The game just continues to get younger and younger. You see these 17-, 18-, 19-year-olds around the world and in MLS making big impacts. That's happening at the perfect time for this generation of young American players.