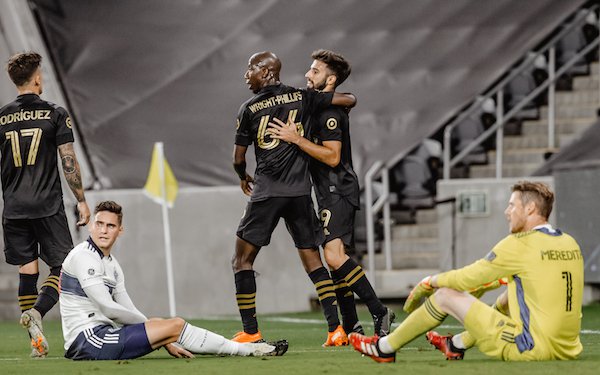 MLS has a new award and scrapped another one.

Beginning in 2020, it will honor the best young player in the league with the AT&T Young Player of the Year Award.

It replaces the the Rookie of the Year award, one of MLS's player awards dating back to the league's launch in 1996.

Players like Carlos Bocanegra, Clint Dempsey and Jordan Morris were Rookies of the Year but the pool of first-year players without previous pro experience has shrunk in recent years.

In 2020, the rookie class has been productive with players like Daryl Dike (Orlando City) and Henry Kessler (New England) out of Virginia, Canadian Alistair Johnston (Nashville SC) from Wake Forest and Homegrown signing Mauricio Pineda (Chicago) from North Carolina.

The Young Player of the Year allows for recognition of a broader group of players, those coming up through MLS's academies and the league's young internationals, mostly for South America.

The new award will be open to any player regardless of previous experience as long as he is 22 or younger as of Jan. 1 of each season. That makes this year's candidates all those players born in 1998 or later.

Here's our Young Player of the Year top 10 list, based on their contributions in the 2020 season:

1. Diego Rossi (LAFC, 1998). The Uruguayan scored his league-leading 13th goal in 17 games to help LAFC beat Houston, 2-1, on Wednesday and clinch a playoff berth. His goal production included a career-high four goals against LAFC at the MLS is Back Tournament, which he led with seven goals in five games. It's hard to imagine Rossi, a member of the first LAFC team in 2018, will be around for a fourth season in 2021.

2. Brenden Aaronson (Philadelphia, 2020).In just his second MLS season, the New Jersey product has helped the Union jump into the lead in the race for its first Supporters' Shield and earn a transfer to Austrian champion Salzburg in January. Aaronson is fourth on the Union with four goals and leads the team with seven assists. 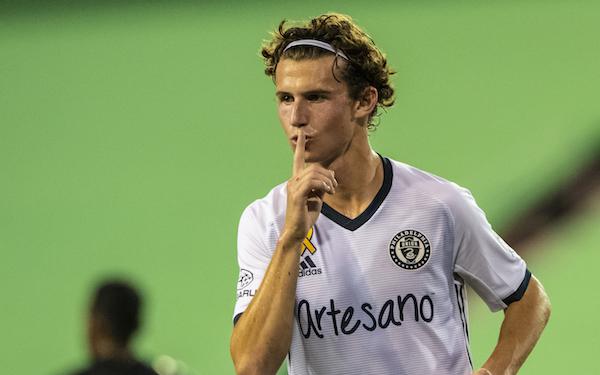 3. Mark McKenzie (Philadelphia, 1999). Another American who has had a big season for the Union though he might have to wait a little longer to get a European deal. McKenzie is the only Union player who has played every minute of every league game and is a contender to make the MLS Defender of the Year short list.

4. Brian Rodriguez (LAFC, 2000). The Uruguayan has struggled to score -- he has just two goals in 23 games over two seasons -- but he leads LAFC with seven assists. If the award was given to MLS's top young prospect on talent alone, Rodriguez would be the pick.

5. Ayo Akinola (Toronto FC, 2000). After limited playing time in his first two MLS seasons, Akinola was the breakout star at the MLS is Back Tournament with five goals in his first two games. He has confirmed that his form in Orlando was no fluke with three goals to tie Alejandro Pozuelo for the TFC lead with eight goals. With Jozy Altidore in and out of the lineup, it's safe to say that the Reds would not be contending for the Supporters' Shield without Akinola.

6. Daryl Dike (Orlando City, 2000). Dike would have been the favorite for the 2020 Rookie of the Year award. He had another goal and assist in the Lions' 4-1 win over Atlanta United on Wednesday to give him six goals and four assists, all since league play resumed after MLS is Back. 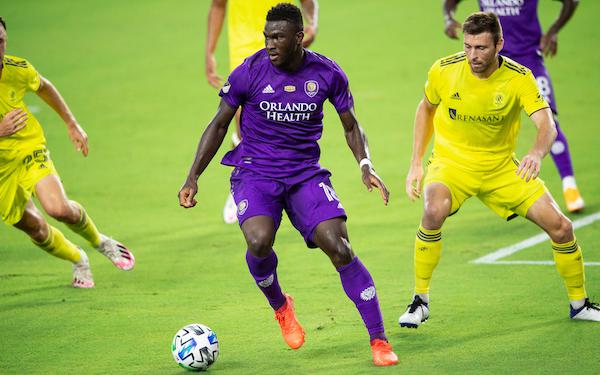 7. Gianluca Busio (Sporting KC, 2002). Another player who has blossomed since the end of MLS is Back. Busio struggled to have a big impact in an attacking role. But since moving to holding midfielder in August, he has started to come into his own for the Sporting KC, which leads the Western Conference.

8. Cole Bassett (Colorado, 1999). Bassett was one of hottest teenagers in MLS after teams returned home in August with four goals and three assists in six starts for the Rapids, who were comfortably in the playoff zone. Then a COVID-19 outbreak hit the club ...

9. Henry Kessler (New England, 1998). Kessler is another former Cavalier starting and headed to the playoffs in his first MLS season. The 6-foot-4 center back started the opening game of the season and has started 16 of 20 games since then for the Revs.

10. Bryan Reynolds (FC Dallas, 1999). FC Dallas signed Reynolds in 2016 but he started just one game in three-plus seasons before right back Reggie Cannon was sold to Boavista. Reynolds, a converted forward, showed why FC Dallas rewarded him with a new, four-year contact in September. He's been excellent as an attacking player at right back, assisting on Ryan Hollingshead's winner in Wednesday's 2-1 comeback win over Inter Miami.