Why German amateur soccer has been suspended again

Amateur soccer across Germany will be suspended from Monday for the whole of November as part of the government's efforts to stem the alarming rise in coronavirus stats. Having refereed close to two dozen games here since August following the country's initial lockdown, I can't say that I'm surprised. 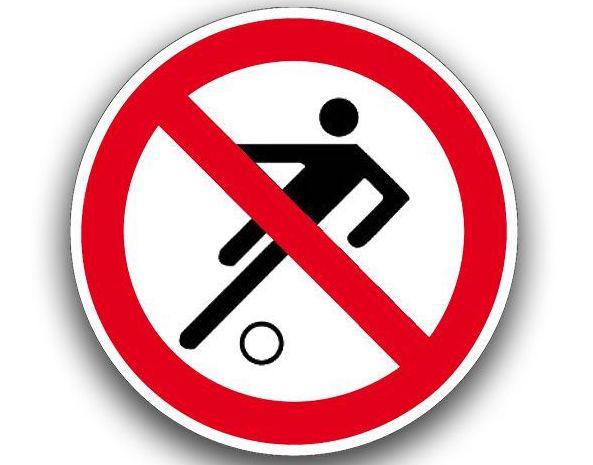 The Bundesliga, as you'll recall, was the first major professional league in Europe to resume, back in May. Their successful model served as the forerunner for England, Spain and Italy to follow suit, succeeded by UEFA's truncated Champions League and Europa League tournaments in August. The gradual re-admittance of spectators this season has also been largely trouble-free. It's a shame for the Bundesliga clubs that fans have now also been banned from stadiums until the end of next month, because they strictly followed all the guidelines. Even just a few thousand people created a little atmosphere and income.

On the amateur fields, though, little more than lip-service has been paid to the rules of social distancing. There were plenty of warning notices and taped-off areas, but no one actually paying them any heed. Sign-in sheets that were present at the start of the resumption of play disappeared within weeks, or were just ignored. The same applied to bottles of disinfectant. At one club outside of Frankfurt that was far from COVID-compliant, I was told, "We haven't really had the coronvirus up here." This was in a small town in a range of hills just to the north of the city that you can reach by public transport from the city in a matter of minutes. I'd hardly describe them as being "up here," as though we were in some German equivalent of the Shenandoah.

I eventually heeded my referees' association, which after offering us the chance to withdraw from all refereeing activities until the pandemic's over, advised those of us willing to continue that we should arrive at the field already changed and avoid both the club house and the referees' locker room. That, however, didn't help me with the problem of dealing with players, coaches and spectators screaming in my direction.

At one game, parents of the away team responsibly distanced themselves far behind one of the goals for the entire game. But after I awarded a game-deciding 88th minute penalty against their boys, a seething father saw fit to walk all the way around the complex and loudly let me know his opinion as I made my way off the field. Excuse me, sir, but not only are you ignorant of the laws of the game and the mores of common courtesy, but we are also in the middle of an airborne pandemic. Still, I'm sure it was worth him getting his views off his chest.

Several players on that team had surrounded me to protest the decision too. One of them got a red card for his troubles. The very next day, a similar circle of angry players formed at a men's game, again after an utterly uncontroversial penalty call. I yelled at them to stand back and keep their distance, issuing a caution to the loudest player, but under the circumstances of COVID-19, showing yellow and red cards seems like whispering at an incoming tsunami to please turn itself back out to sea. Oh, and there were around 150 spectators at this game, most of them huddled together, none of them wearing masks. Leagues in that region were suspended by the following weekend.

After that game, I discussed with my family whether I should take advantage of the referees' association offer and quit whistling until this is all over. I decided that I'd try one more weekend -- the one just past. I lectured all teams pregame about keeping their distance from me and keeping their cool, and they duly complied -- I enjoyed all three games, bar one briefly barking youth team coach. Yet there was still little sign of proper distancing and mask-wearing among the spectators.

It's little wonder, then, that amateur sport has to be sacrificed once more until the pandemic is under control, or eradicated altogether. Although the measures are provisionally until the end of November, a return to the field before next year at the earliest is very unlikely. As in some areas of society at large, the failure by many to follow simple rules and be considerate to others has catalyzed the renewed suspension of play. I know there are multiple scientific factors at play here, many of them unknown, but this is one area of public life where coaches, players and spectators should have done a lot better.

After the long pause in sport over the spring and early summer months, I thought everyone would be so happy just to be back out on the field that we'd see a new, calmer and more sporting perspective during games. That this is for fun, in our free  time -- a keep-fit activity where the result is the least important factor at play. "For someone who affects to be such a cynic, you can be quite astonishingly naive," my wife points out from time to time. As always, my wife is absolutely right.