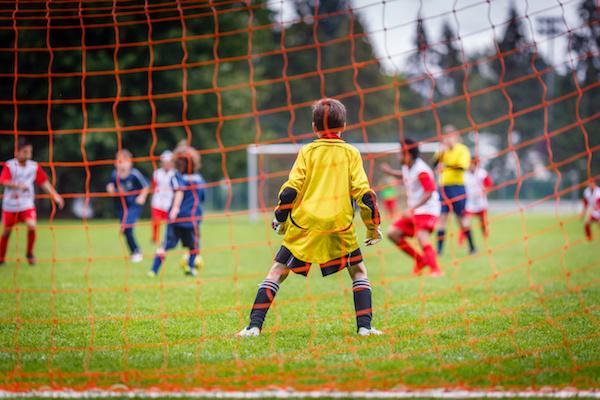 After moving back to the United States in 2016 and getting involved with the governance model of our soccer scene, I finally understood what Hugo meant all those years ago. There are people, and even some very influential ones in the soccer landscape who think that the pay-to-play system should be abolished. This would require a Herculean effort and is essentially, in my opinion, impossible. Time and energy would be better spent elsewhere.

It might be more fruitful to spend time on solving for how to develop these “pay-to-play” clubs financially, organizationally and governance-wise so that they produce better players and better citizens. If they are financially stronger and sustainable, they will find themselves in a position to enter into areas of organized soccer that have until now been untapped -- the world of underprivileged kids who cannot afford to navigate the “pay-to-play” system. If these clubs can find a way to connect with their communities, they will create a better sense of belonging. If they can create a club culture characterized in part, by robust, holistic and systematic player development, their reliance on any single coach is minimized. This is what this article and its sequel is all about.

These professional teams will eventually be eligible for training compensation and solidarity payments similar to the rest of the world. Most, if not all, of these academies are considered "free-to-play." Maybe most importantly, their approach to players is similar to other professional teams’ academies elsewhere. They view their players as products; so, in short, they want to produce the best talent. They only recruit talented players and many of these clubs have only one team per age category.

Like in the United States, these academies require other amateur clubs to serve as "feeder" pools into their system. This is where the difference lies. These amateur youth clubs across the Atlantic or south of the USA base their income on identifying talent that they, in turn, can “sell” to professional academies. As such, they are “free-to-play” also. For these feeder clubs in the rest of the world, players are also viewed as a product.

Most of these feeder clubs are neighborhood-grassroots soccer clubs. Apart from some professional clubs in some countries, a majority of clubs in the world are associations that are essentially non-profits. They have membership which elects the president and the board.  Some professional clubs in the world also have “pay-to-play” systems, “football schools” in areas far from the original geographic location of the club, including overseas. These “schools” generate funds – not players – for the parent club, using their brand name as a marketing tool.

Let’s take a closer look at our "feeder" clubs. Keep in mind that the youth sports market is a $19 billion business in the United States. It is assumed that $5 billion-$6 billion of this pie belong to youth soccer. A great majority of the clubs that participate in this mammoth business are “non-profit” organizations that receive a tax exempt status via 501(c) (3). They are run by volunteer boards whose members are nearly always parents of kids who play for the club. The players are considered customers or consumers.

To be more exact, the parents are customers and the kids are the consumers.  Although most start out as “neighborhood” grassroots clubs, eventually many grow into a “travel” or “elite” club and unfortunately lose their local “neighborhood” identity. In Europe, this sense of belonging to a “neighborhood,” especially in big cities is strong. It is not uncommon to find members of the neighborhood whose sons and daughters no longer play for the club to remain members of the board and run the club. The board members find local businesses to be sponsors of the club and can rely on a predictable stream of income. This is not the case in the current U.S. soccer landscape. The board members who are the parents of players usually lose interest in the club as soon as their kid “graduates” or ages out of the club. So, sustaining a consistent club culture through an ever-changing board composition becomes quite challenging.

Most clubs -- especially recreational ones -- run their “educational” process through volunteer coaches with no professional presence in the club. I use the word “educational” for player development since that is in essence what player development is in the United States: A “non-profit” education business. It sounds a bit oxymoronic having “non-profit” and "businesses" in the same sentence – yet, here we are.

For mid-sized elite clubs there are some professional coaches and often a director of coaching, but rarely will you have an Executive Director who runs the business and administrative side of things. The business side is usually run by the all-volunteer board and president who do not carry a strong sense of belonging to the club -- it is something that has to be regenerated year after year with different leaders.

Although there is much activity and admirable effort going into player, coach and referee development, the area of club development remains very fertile ground. There are no detailed and realistic standards or ”true” accreditation for youth clubs.  There are no or very few educational programs aimed at administrators and club leaders who have the responsibility of effectively managing the business side of a club.

Admittedly, it has taken us awhile to get here, but I think we can all agree that the business side of youth soccer needs a lot of nurturing and care. Unfortunately, it has taken the COVID-19 pandemic to accelerate the exposure of and our collective understanding of the fact that most of our small to mid-sized youth clubs are in very dire straits, due, in large measure, to what appears to be an antiquated and unsustainable business model. Their very existence is under threat. This is where our youth soccer landscape is currently.

It is now time to look towards longer-term, sustainable solutions, which I will be discussing in my next piece.

Ahmet Guvener (ahmet@ahmetguvener.com) is the former Secretary General and the Chief Soccer Officer of the Turkish FA. He was also the Head of Refereeing for the Turkish FA. He served as a Panel member for the FIFA Panel of Referee Instructors and UEFA Referee Convention. He now lives and works as a soccer consultant in Georgetown, TX.

mls, youth
6 comments about "Our youth clubs and their development -- very fertile ground in need of nurturing and care".
Read more comments >
Next story loading