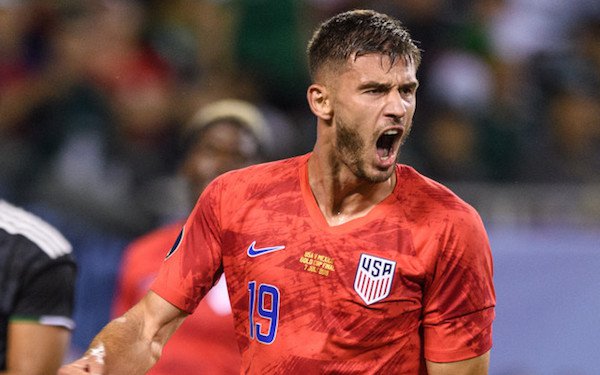 Now in his prime years as a player, Matt Miazga boasts a lot of experience both internationally and at the club level. His contract is currently owned by one of the biggest clubs in the world in Chelsea, and with his start of his career stateside and through a series of loans, Miazga has now played in seven different professional leagues.

In a career that began in USL with the Red Bulls second team, which was followed by appearances in MLS with the New York Red Bulls, the Premier League with Chelsea, the Eredivisie with Vitesse, Ligue 1 with Nantes, the Championship with Reading, he now finds himself in Belgium with Anderlecht – on another season-long loan from Chelsea.

Anderlecht has historically been one of the strongest teams in Belgium, but financial difficulties and changes in ownership has seen the club drift into midtable in recent seasons. The club wants to return to being one of the country’s elite teams and acquiring talented players on loan is sometimes a cheaper path that can yield positive results on a short-term basis.

In acquiring Miazga, the club is hoping to shore up its defense that also includes former New York Red Bull fullbacks Kamar Lawrence and Michael Muriilo. (Murillo is the only player who has played every minute of all 10 games. Lawrence hasn't play.)

The club’s current head coach is Vincent Kompany, one of the greatest central defenders of the modern game, and he is someone who is eager to have Miazga on board.

"Matt Miazga is an aggressive defender who communicates a lot and has a very good burst of speed," said Kompany. "He is also very comfortable on the ball. He is a player who can bring us his experience."

Miazga was quick to point out that the draw of playing under Kompany to learn from him made the decision to easy.

"When it came down to it for me, I want to continuously grow and I want to learn from the best,” Miazga told ESPN FC. “I want to learn new things constantly. When this arose, it was the right step and the right opportunity to continue to progress and learn. There are so many things to learn in this game from managers, teammates, directors. Obviously, Vincent Kompany was one of the best central defenders in the world when he was playing. We had some good conversations. it just made sense for me to go and learn from him."

Thus far, Miazga has delivered since joining Anderlecht. Shortly after arriving with the club, Miazga began starting for Kompany. His first game was a 2-2 draw against OH Leuven and most recently it was a big 3-1 win on the road against Kortrijk. In both of those games, Miazga played well.

But on Sunday, Miazga will have his first test against one of the better teams in Belgium’s top flight when Anderlecht hosts an Antwerp team that is currently atop the standings with 20 points after 10 games. The standings in Belgium remain extremely tight with just three points separating Antwerp and seventh place Anderlecht – which has 17 points.

Of course, the national team is also on the mind of Miazga and his performances at Anderlecht will go a long way towards determining his role under Gregg Berhalter. The central defense pool has become very competitive at the moment. John Brooks looks to be the first choice at left central defender although the German-American has suffered several injuries in recent years.

To partner with Brooks, Miazga is in competition with the likes of Aaron Long at the New York Red Bulls, Chris Richards at Bayern Munich, Mark McKenzie at the Philadelphia Union, and Erik Palmer-Brown at Austria Vienna.

But with Miazga now cementing himself at Anderlecht under Vincent Kompany plus his long list of experience, he seems to be in a prime position for both club and country moving into next year’s World Cup qualifying.