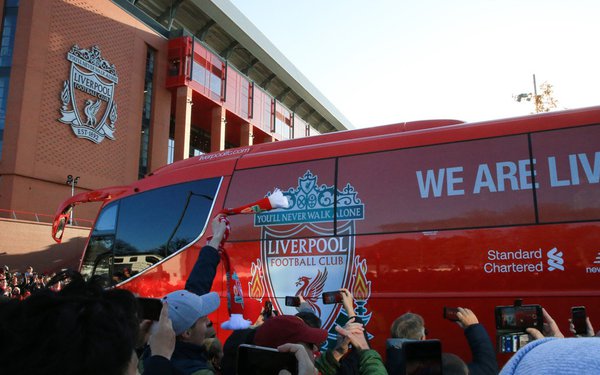 A new European season has brought new broadcast deals and broadcast strategies, forcing American fans to scramble and tally the cost of watching their favorite teams.

NBC has traded its Gold pay package for Peacock -- but also moved many marquee Premier League matches from NBC or NBCSN to Peacock, which costs $5 a month with ads.

The Bundesliga has moved from FS1 and harder-to-get FS2 on cable and the Spanish-language Univision networks to ESPN+, which costs $5.99 a month for a wide range of leagues and competitions.

Fans desiring to watch the UEFA Champions League could get at least one or two English-language broadcasts a day on cable television (TNT) in addition to those available on pay streaming service B/R Live. Now, most games are only available in English language on CBS All Access (cost: $5.99 a month). (The Univision networks are airing eight group matches each week.)

The Premier League's deal with its three broadcast partners cover only 200 of the 380 games: 128 matches on Sky Sports, 52 games on BT Sport, and 20 streamed on Amazon Prime.

English fans have never had access to all 10 games on each matchday. Football authorities have not wanted to depress afternoon attendance at games across England -- not just Premier League games, but Football League games in particular.

When play resumed during the summer to complete the 2019-20 season and again at the start of the 2020-21 season, the Premier League and its broadcast partners relaxed their restrictions.

Because no fans have been allowed attend games in person due to COVID-19 health orders, the Premier League's television broadcasters were airing games outside of those in the normal broadcast slots as part of the existing packages.

But in October, the Premier League adopted an interim plan, making these extra games -- five per matchday -- available only for purchase via Sky Sports and BT Sport pay-per-view platforms and handing the revenues over to its clubs.

The backlash was immediate.

Protesting fans started a boycott, giving the money they would have had to pay for the PPV broadcasts and donated the money to local food banks. The most money was raised by Liverpool fans, who contributed £128,000 ($166,000) for a North London food bank operated by the St. Andrew's Community Network instead of paying to watch the Reds beat Sheffield United.

We never ever imagined that our #BoycottPPV Fundraising would reach the figure it did, 128,000 pounds is an unbelievable amount. Thank you from the bottom of our hearts

As promised we will randomly draw out the winner of @TrentAA signed shirt at 5.00pmhttps://t.co/nIHpiOZWz8 pic.twitter.com/u6HJqCtGbx


Even pundits on the Premier League broadcast partners panned the scheme.

"It's finished," Gary Neville said on Sky Sports' Monday Night Football. "No one is paying for it, no one is watching it, it's done."

Will the plan be scrapped?

On Thursday, the Premier League announced that it will consult with its clubs and "all elements of the pay-per-view service, including the price, will be reviewed ahead of Premier League matches returning after the international break later next month."

The last games before the November window will take place on Nov. 8. The next matchday will begin on Nov. 21.

For those wondering, the Premier League will continue despite the latest national lockdown that will take effect on Thursday and last until Dec. 2.

British Prime Minister Boris Johnson confirmed on Saturday that the Premier League was covered under "elite sport," which will be allowed to continue, unlike in the lockdown that went into effect in March.