Texas A&M, one of only four teams to reach the NCAA  Division I women's tournaments in each of the last 25 seasons, has been led by Coach G Guerrieri  since the program's inception in 1993. The Aggies compete in the Southeastern Conference (SEC), one of the conferences managing to play amid the pandemic during an academic year in which the NCAA has postponed its national championship to the spring. We checked in with Guerrieri on what a season amid COVID-19 is like, the impact the pandemic might have on the college game's future, and his expectations of the new youth soccer landscape. 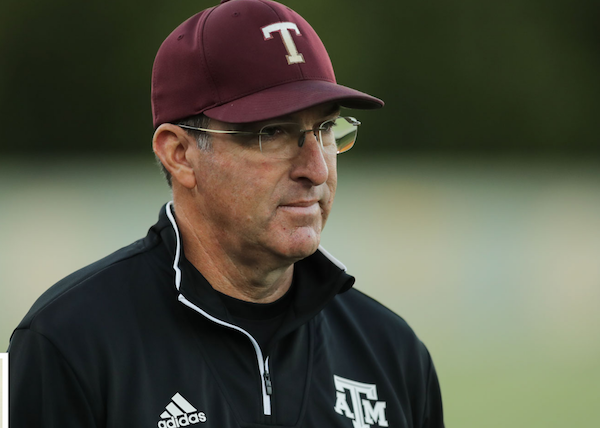 SOCCER AMERICA: How different is your season this year?

G GUERRIERI: We [the SEC] opted to go with just one game a week because we just didn't know what was going to happen with COVID testing. One of the big things we focused on was to give the season significance. If this is going to be your senior year, what would make it significant?

We were of the consensus that playing for championships adds significance. We already had started to play for divisional championships, East and West, so let's continue to play all the division teams, and play two [instead of four] crossover games, and that would help determine points for the regular-season championship and determine seeds for the SEC tournament.

SA: What inspired the decision to invite all 14 teams to the SEC tournament (Nov. 13-22 in Orange Beach, Alabama)?

G GUERRIERI: The SEC tournament is well run, it's televised and takes place at a great venue. Players stay at hotels at beautiful white-sand beaches. It's a really cool experience. COVID has taken away so many games from these players, so instead of making the tournament smaller, which a lot of conferences were talking about doing, we decided to check the student-athlete experience box for everybody, and  make it to where everyone can go to the tournament. And add consolation games so everyone gets at least two games.

SA: How much COVID testing is there?

G GUERRIERI: We get tested three times a week -- basically every other day. There were a handful of positive tests prior to the opening weekend ... Florida's game against Missouri was postponed. Later on, we had a positive, which ended up being a lab error, but it caused enough grief and enough kids going to temporary quarantine that we had to postpone our Auburn game. Then Auburn had an issue and they had to postpone an LSU game. But with the exception of those hiccups, everything's been as good as can be.

The players really deserve to really be commended in all this, because they've made a lot of sacrifices not being around the typical college experience. Most of them are taking online classes when they can so they don't bring third-party wildcards into what we call our functional units. It's as much of a bubble as we can do it at this particular level. Across the league it's been tough, but it's been worth it so far.

SA: How much is certain about how the spring season leading up to the NCAA tournament will unfold?

G GUERRIERI: It's a little bit mysterious for us because we can still play another 10 games, but we don't really know who we need to play yet. We've been in the last 25 NCAA tournaments in a row, and we'd like to continue that run. If we get the automatic qualifying bid from the SEC, that's one thing, and then you would play a certain schedule to hopefully get a seed. But if you don't win the automatic qualifying, you probably need to continue to win in the spring and beat the right teams to have a realistic comparison for the NCAA Committee for whatever metrics they are going to use to determine the tournament field. 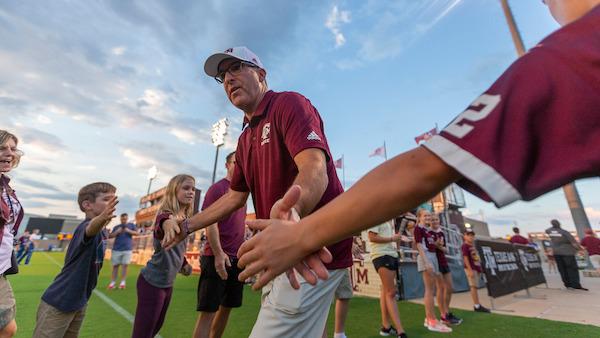 SA: Did COVID affect your recruiting of players arriving for this season?

G GUERRIERI: All of our freshmen came in. And we have four or five who are planning to graduate high school early to start school here in January. Both groups were recruited well before COVID hit.

The question with the group coming in January is whether they'll be eligible for spring season. The recent decision by the NCAA Council to all of a sudden make it so those players are not immediately eligible is a concern. We're hoping that's going to be reversed and United Soccer Coaches is still lobbying for freshmen who graduate high school in December to be eligible in January.

SA: In light the pandemic effects, how you are handling the recruitment of high schoolers graduating in 2021 and 2022?

G GUERRIERI: Really cautiously. Those are the kids who are affected the most. With the NCAA giving everyone who's playing this year a do-over -- basically a red-shirt year -- that will keep some kids on college rosters longer, which then affects how rosters are going to be managed in future years.

There are a lot of unknowns still out there as far as how many of these players are going to want to be around for the extra year that they would get, compared to the ones who are going to graduate and move on.

SA: How are you scouting high school-age players to determine whether they'd be a good fit for your program?

G GUERRIERI: Also cautiously. The ECNL and the Girls Academy league have both been really good about trying to find ways to get their players in front of college eyeballs, whether it's through one of the online platforms, like Instat, or by streaming games.

For the upcoming ECNL event in November, all the games are going to be streamed live. So those of us who aren't allowed to travel because of the NCAA dead period, we at least can park ourselves in front of our computer monitors and get some sort of an evaluation of a match -- as much as you can get from whatever level of quality that the video is going to be.

That's another reason we have to be cautious -- we haven't seen these players live for the last eight months. You've got late bloomers, and people who may have peaked and plateaued. It's hard to know where people are without being boots on the ground. 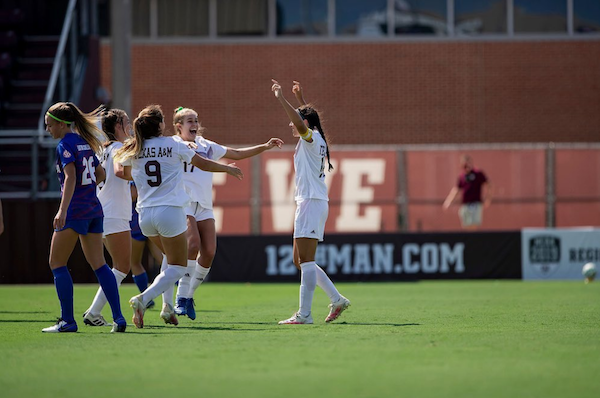 SA: Do imagine any long-term impact from the pandemic on women's college soccer?

G GUERRIERI: For years, we've had the discussion about college soccer becoming a year-long, two-semester season, so this a working experiment.

SA: Where do you stand on that idea?

G GUERRIERI: My thought process has always been that if we could just make our fall season long enough, we could spread out our games, and that would be most beneficial for everybody on the team.

At first glance, I thought [the two-semester season] would be really cool, to be able to play all year long and every game counts. But after really thinking about things from an academic standpoint, I considered a number of factors:

So I've always been on the side of expanding the fall season -- and leaving the spring the way it is, as a developmental time for players to grow and have more of a regular college experience. But this year is a perfect opportunity to see what the [two-semester season] is really about. Let's see if this is something that's going to be good. Or if it's something that we should reevaluate.

SA: How do you feel about the new girls soccer landscape in the wake of U.S. Soccer ending its Development Academy?

G GUERRIERI: When the DA folded, I was excited because I thought that finally we would get everybody back on the same platform. That we as a nation would have one platform to evaluate players to determine who was going to represent the United States at different levels. And for those of us looking at recruiting players for the next step in college, we would have as much of an apples to apples comparison as possible.

But when those teams from the DA didn't all go into the ECNL, it just signaled more of what we've been experiencing the past few years. I'm optimistic that at least more teams have come into the ECNL, and I'm optimistic that the Girls Academy league has good leadership. But with the dead period, we haven't had a chance to be on the sidelines to really make a good evaluation of either one.

G Guerrieri grew up in the Richardson, an inner suburb of Dallas, as the Dallas Tornado sparked a youth soccer boom in North Texas. "I was lucky enough to be in the orbit of guys like Bobby Moffat, Roy Turner, Ron Newman, and so many others, who lit the fire," said Guerrieri, who was coached by Newman at the youth club Sparta SC and later worked camps with Moffat.

After starring as a goalkeeper for the University of Tulsa and then serving at its assistant coach, Guerrieri returned to the Dallas area in 1987, helped found the Lone Star Soccer Alliance with Jim Walker of the old Houston Dynamos and started the semipro Dallas Express, whose players included other future college coaches and likes of Jeff Agoos, Mark Dodd, Mark Francis, Tom Stone, Michael Linenberger and Kelly Weadock. (In photo above, Guerrieri is in back row, far right). "That was a real education for me," said Guerrieri of the Dallas Express, which also hosted games with international clubs. "I was only 23, 24 at the time, learning the business and dealing with a lot of different things."

Before taking charge of the Aggies upon their inception in 1993, Guerrieri was an assistant coach at North Texas, served as the assistant men's coach and head women's coach at Florida's Rollins College, and as head coach for men and women at Hardin-Simmons and Richland College. He knew he wanted to go into coaching from early on: "I first started kind of helping with my little sister's team when I was about 10 years old. My first job, in high school, was in an after-school YMCA program where young kids would come play baseball, football, basketball and soccer." He served as an assistant high school coach while playing for Tulsa. "I knew I wanted to coach before going to college," he said. "When I was at Tulsa, experiencing the many new and great things that come with being at college, I thought, 'Wow, this is the level I want to coach."