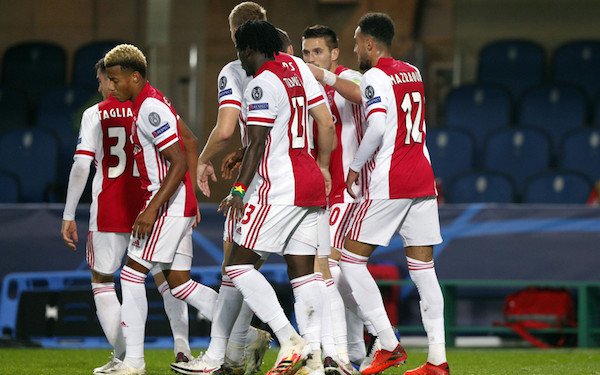 Dutch club Ajax headed to Denmark on Monday with only 17 players for its game against FC Midtjylland in the UEFA Champions League.

It didn't release the names of the players, but broadcaster RTL reported that 11 Ajax players didn't travel because they tested positive for COVID-19.

Other starters missing from the team that keep Fortuna Sittard, 5-2, on Saturday: captain Dusan Tadic and midfielders Davy Klaassen and Ryan Gravenberch.

On Sunday, PSV was without nine players for its 4-0 win over ADO Den Haag after they tested positive for COVID-19. The previous weekend, it was missing eight players who tested positive when it lost to Vitesse, 2-1. The absences allowed Richie Ledezma to make his Eredivisie debut on Sunday.

When PSV traveled last week to Cyprus for its Europe League game against Omonia Nicosia, two players, Eran Zahavi and Jordan Teze, were removed from the plane. They had previously tested positive for COVID-19 and Cypriot health authorities threatened to quarantine the whole team if they entered the country.

AZ was without 15 players in quarantine for its Europa League game at Napoli -- a match it won, 1-0.

At least 150 positive cases have been confirrmed among Eredivisie teams, but unlike in the spring when league play was shut down, the Dutch top-flight leagues have continued.