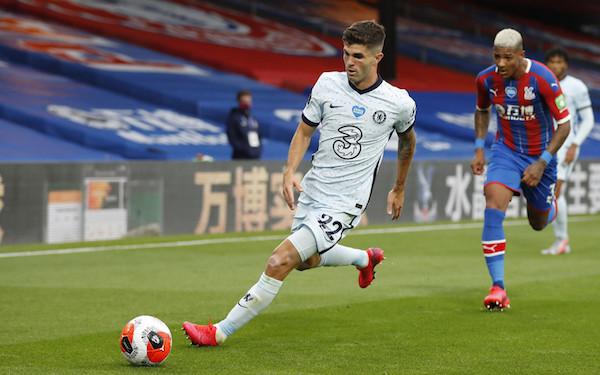 The 22-year-old American won't be available for Chelsea's UEFA Champions League game against Rennes on Wednesday after suffering another hamstring injury in warm-ups before Saturday’s 3-0 victory over Burnley.

Chelsea manager Frank Lampard initially said that Pulisic will be out for "weeks” but after getting the results of a scan, he said on Tuesday he was optimistic about his speedy return. Pulisic was included in Gregg Berhalter's U.S. national team roster for the Nov. 12 match against Wales will be announced on Tuesday.

“He’s played three games," said Lampard. "We’ve tried to manage him in the week and it’s a small feeling in his hamstring so we’ll have to see how he is over the next 24 hours. It’s a minor feeling that he had, but definitely not right to go into 90 minutes of a game with that. Hopefully, it’s short term. We’re talking weeks.”

He started in the 0-0 tie with Sevilla in the Champions League and came off the bench last week to score his first goal of the season in a 4-0 win at Krasnodar.

In 2019-20, Pulisic played in 25 of 38 Premier League games and four of eight Champions League game in his first season with Chelsea. He finished with 11 goals in all competitions.