Far fewer matches, with few traditional rivalries. No league or state tournaments. No spectators, no film sessions, no banquets. It was a high school soccer season unlike any I’ve seen, in over 40 years as a coach. 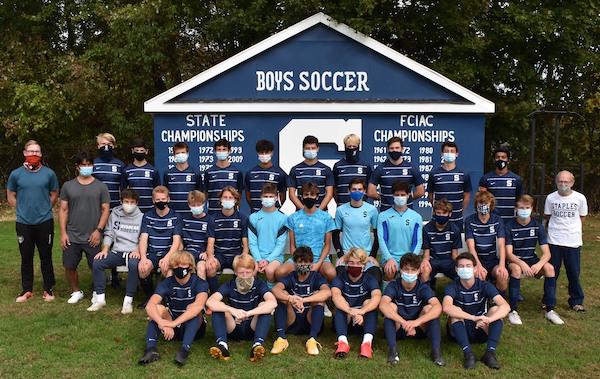 It was also one of the most impactful, inspirational and fulfilling experiences of my life. Last March, as COVID-19 roared across the nation, basketball and other state tournaments abruptly ended. Spring sports followed. No one knew what summer and autumn would bring.

Soccer is a fall sport in Connecticut. Players at Staples High School in Westport – and around the state – play on club teams during spring. Those shut down too. Normally active teenagers were stuck at home, tethered to computers for school and missing friends desperately.

I did what I could, organizing weekly Zoom sessions every Sunday. We talked about our lives, told jokes, stayed connected. During the Black Lives Matter protests, I asked my longtime friend Mike Curry – one of the leading Black soccer figures in the country – to speak with our all-white, suburban team. Players said it was one of the most important discussions they’ve had.

Every August, we take our returnees on a bonding trip. We go rock climbing or whitewater rafting, cook meals together, and prepare for the upcoming season. Before COVID, we’d rented a great house in Maine. We had to cancel (and lost the deposit).

To fill the gap, a parent organized a day-long competition. Players ran obstacle courses, did a scavenger hunt, raced paddle boards and – the finale – held a Top Chef-style cooking contest. It was fun, it was different – and it set the tone for the upcoming season.

In keeping with 2020, though, that season remained uncertain. All summer -- as case numbers and predictions for fall shifted -- the Connecticut Interscholastic Athletic Conference kept shifting, too. A couple of weeks before the late August start date, they decided: High school sports (except football) were on.

With, of course, restrictions. Postseason tournaments were out. Teams would play a maximum of 10 matches (not the usual 16), geographically close opponents. The first three weeks would be “conditioning and skills training only.” There could be no physical contact, no scrimmaging. And it was all to be done in player cohorts of no more than 10. 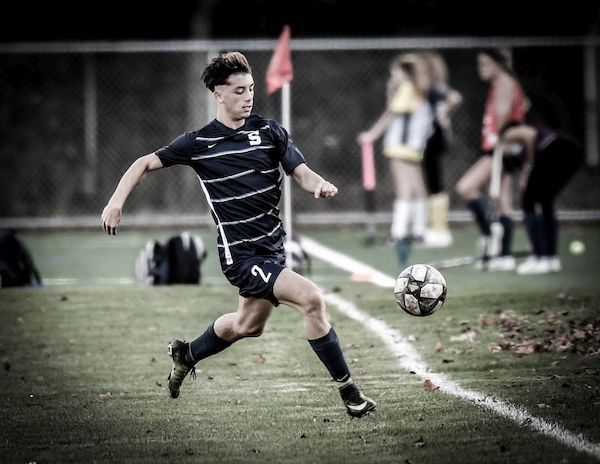 Our coaching staff realized that cohorts could not be divided by ability or position. If one player tested positive, we would lose (for example) all those defenders or starters. Our athletic director said we could not make cuts until we’d seen all players in a scrimmage situation. So for three weeks, 60 candidates did drills and conditioning.

Coaches’ expectations were low, but we kept things upbeat. We named each cohort for a former Staples High School All-American. Players in each cohort drew close. Thanks to a great staff of assistant coaches, we had three weeks of excellent, productive sessions. We realized we had never before done so much technical work.

By the end of the third week, though, everyone was ready to play. With the reins loosened, we suddenly had to form varsity and reserve (junior varsity) teams. The cutting process is always tough. Doing it with players who had spent three long cohort weeks together was especially difficult.

Immediately, the season loomed. Our 17-team Fairfield County conference is always brutal. But now, rather than 16 matches against everyone else, we were limited to home-and-away, back-to-back matches against just five opponents.

As with skillwork and conditioning, our coaching staff feared the worst. Would our players – deprived of anything meaningful to play for – simply go through the motions? Without traditions like pasta dinners (too dangerous to share food!), would off-the-field camaraderie suffer?

Once again, reality was unexpectedly glorious. Our Wreckers lost the first game of our first two series, but rebounded to tie the rematch. We won both times against our third foe, playing more strongly each second time. The format actually created five “mini-tournaments.” Except we did not actually play five. Our fourth opponent went into quarantine, canceling those two games. 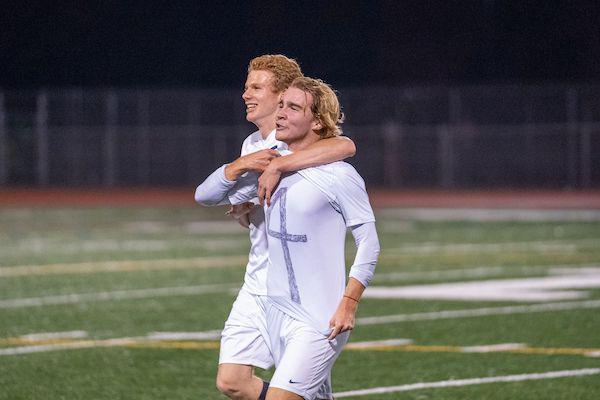 We won our opening match against team No. 5. It was extra-special. With home spectators limited to only two parents per player (and some away sites prohibiting all fans), we livestreamed every contest. A professional company handled the high-definition video; students from our school radio station did play-by-play, while guest alumni announcers added color commentary. For that fifth opponent, the game was shown on a big screen, at a pop-up drive-in theater that offered movie entertainment all summer. Dozens of socially distanced carloads honked approval when we scored (and when our keeper saved a penalty kick).

But as we finished our final training session before the second leg against team No. 5, we got word that they too were in lockdown. After just seven contests, our regular season was over.

Still, we had a “postseason experience” to look forward to. It was supposed to include all six teams in our group. Two, however, were quarantining. So into the “semifinals” we went. Once again, the coaches wondered if our players would have a postseason mindset. Once again, we were pleasantly surprised. The Wreckers treated the game as seriously as any of their predecessors. When we fell 1-0, the tears were as bitter as any other season-ending loss. 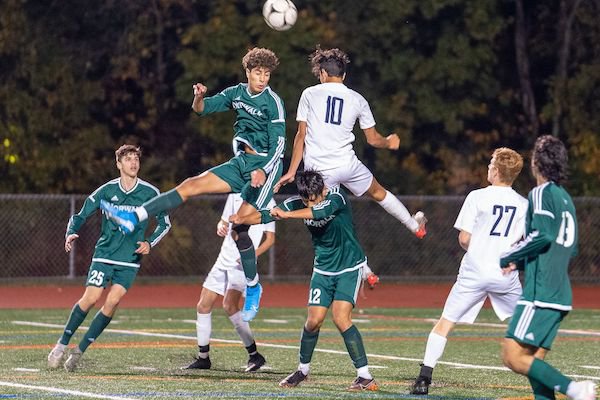 That sense of finality may even have been stronger this year. On our first day together, we reminded our players that they were lucky to be training at all. Many states canceled fall sports. Neighboring Massachusetts enacted so many strict rules (no heading, no corner kicks, no defensive walls) that in comparison, Connecticut soccer looked like the World Cup final. Our guys understood. All fall long they told us how grateful they were for the chance to spend time with the friends they’d grown up with, and battled alongside for years.

So much in their lives has been upended. In a hybrid learning model, Staples High is only half-filled. Plexiglas separates each cafeteria seat. There was no Homecoming weekend, no Senior Day soccer ceremony. There will be no postseason banquet.

The two hours our players spent every day training and playing – even sitting, one per row, on buses to away games – were the only “normal” parts of their lives. They understood. They got it. They embraced what they had, with maturity, passion and poise.

The coronavirus is horrible. It took so much from our soccer players this fall. But they gained plenty too: an understanding of the fragility of life. An appreciation for the opportunities they do have. A chance – during some brutal times – to share experiences with teammates, who became their best friends in the world.

I would not wish this past soccer season on anyone. But I will always remember it. And long after COVID-19 is gone, I will cherish the joy it brought, the fulfillment I felt, and the memories we all have.