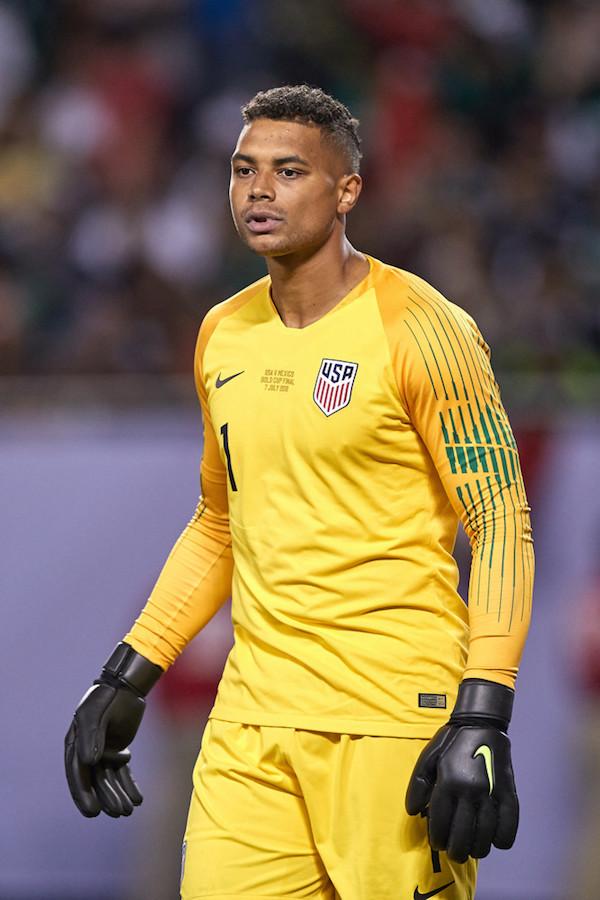 American goalkeeper Zack Steffen has only started two of the 12 games Manchester City has played since he moved to England this summer, but he won't trade the experience for anything.

"Manchester City is one of the best teams in the world," he said on a media call ahead of Thursday's USA-Wales friendly. "The talent that we have at that club has already made me a better keeper."

After two seasons as the Columbus Crew's No. 1 keeper, Manchester City acquired Steffen in 2019. He played the first half of the 2019 MLS season with Crew, then moved on loan to Germany's Fortuna Duesseldorf. A knee injury kept him out of the second half of the Bundesliga season, but he was healthy when he joined Manchester City, where he is the backup to Brazilian Ederson.

Steffen didn't enjoy the usual routine of breaking into a new team and getting to know his new teammates because of the delay in finishing the 2019-20 Premier League season due to the COVID-19 pandemic cut short the break between seasons.

But Steffen said Manchester City has done a very good of making sure the new players are settled in and comfortable.

"They want us to be fully focused on football," he said. "They really help us out and worry about everything else. Whether that's cars, whether that's banking, whether it's housing, family stuff, anything at all, they're one call away, one text away."

The 25-year-old keeper said he is being pushed in ways he has never been before.

"I'm really enjoying getting to just learn new things," he said, "look at how they do football as they call it over there. In every aspect, it's quicker, it's faster, it's more intense, it's sharper. You really have to be focused in, dialed in on your game every day. Every training now you can't take days off, you can't take really any time off during training. It's really good to see the professionalism of how these guys work, day in and day out."

Steffen, who has 18 caps for the USA, is perfecting techniques he's worked on before and learning new ones.

"Whether that's hand positioning when you're catching the ball or it's a set position on a certain shot or a 1-v-1 little dual," he said. "There's so many little aspects that I obviously knew of and I knew the techniques, but I feel like I never really got the reasons why. I'm learning some new techniques, but some reasons of why these techniques are going to help me in the long run. When you're doing new techniques and different things, there's a learning process to that and learning curve and it's taken some time and just a lot of repetition, but I feel like I've sharpened myself in the technical era, for sure." 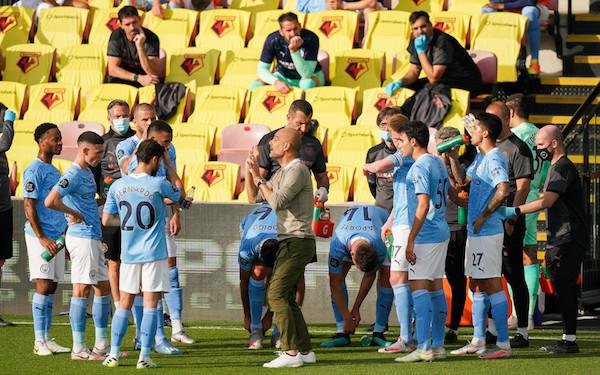 Steffen is playing for one of the greatest coaches of the last two decades, Spaniard Pep Guardiola.

"He's obviously a very, very smart, very prestigious coach," he said. "It's awesome to be on the inside and really see how he works. Day-to-day, I feel like he has a good balance of being focused and intense but with that he brings humor and he brings his genuineness and just kindness. It's been cool to see how he works. How the coaching staff works. Obviously, its coaching staff is very good, very high level. And they've been together for four or five years."

The only games Steffen has played are two EFL Cup matches: a 2-1 win over Bournemouth and 3-0 win at Burnley.

"Obviously, getting games week in and week out is most important," he said. "And that's what we want. That's what I want. Right now, I'm trusting the process. I'm getting these games in the EFL Cup. I'm just trying to learn from the guys and from my staff. And then hopefully coming into these camps and getting games here and the rest will work itself out as long as I work hard and then continue to trust the process."