Skip Gilbert on US Youth Soccer's new era: The ambitious goal of making young players part of the fabric of the game for life

When Skip Gilbert  interviewed for a new job last December, the questions were straightforward. No one asked, “What will you do when the world completely stops in March?” 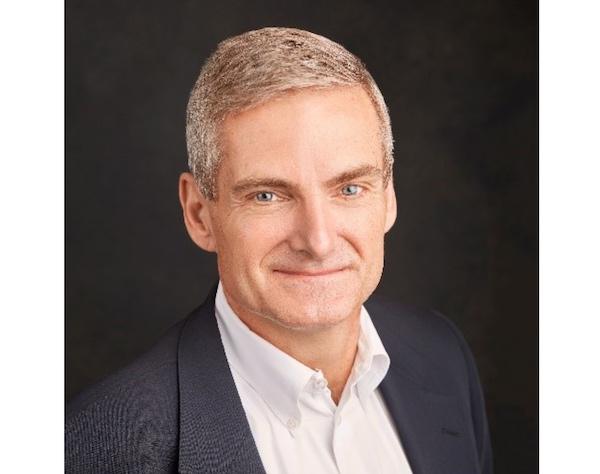 Within weeks of becoming CEO of US Youth Soccer, though, that’s what happened. Gilbert – who played college and pro soccer, and worked with NGOs in tennis, triathlon and swimming before returning to the sport he loved – suddenly led 3 million players, 300,000 coaches and 600,000 volunteers through a norm-shifting, foundation-shaking pandemic.

Eight months after COVID-19 struck, the parameters of changes – in both American society and youth soccer – are becoming clearer. USYS was one of the first sports organizations to recognize the “runaway freight train” headed its way. Now, as Gilbert, his staff and volunteers clear the wreckage, they see a chance to make changes that could forge new routes for involvement, enjoyment and success.

After canceling a major event in Las Vegas in March, Gilbert says, his leadership team turned to the vital task of supporting its 55 member associations. There was the immediate issue of ensuring the safety of players, coaches and referees, as well as the “bigger challenge” of managing parental expectations.

“Every group in the country had three factions,” Gilbert explains. “Some parents said, ‘We can’t play.’ Others said, ‘We have to play.’ And there were quiet people on the fence, who didn’t say anything. I wanted to find fact-based, scientific solutions that everyone, including politicians, could use.”

It was not easy. Even in geographically small New England, neighboring associations came up with different plans. Vermont mandated masks; Massachusetts changed playing rules; Rhode Island banned players from leaving the state, and New Hampshire – the “Live Free or Die” state – played through everything.

“Multiply that by the entire United States, and it was a lot to manage,” Gilbert says. The map still changes daily, as a new wave surges across the country. There is no youth soccer in California, for example – but there is next door, in Arizona.

One silver lining, according to Gilbert: “We hit the pause button. I constantly said, ‘Let’s look at everything we do. If we were building this organization from the ground up, how do we want it to look five years from now?’” 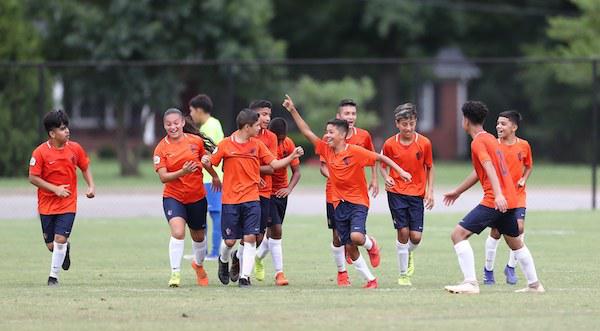 That meant reexamining every arrow in US Youth Soccer’s quiver: the National Championships and National League, Olympic Development Program, Presidents Cup, recreational programs. The goal is to “come out better, stronger, and more receptive to the needs of tomorrow’s player.”

The vision statement now reads: “to bring communities together through the power of soccer, making lifelong fans of the sport.” Gilbert wants to stem the tide of youngsters walking away from the game at young ages, because of disenchantment or feeling they are “not good enough” for the next step.

“I hate the term ‘recreational player,’” Gilbert says. “Ninety percent of the time, it’s preceded by ‘just a …’ Hearing that over and over does something to the psyche.”

Soon, USYS will roll out League America. Details have not yet been announced, but the goal is for millions of youngsters to feel they are part of something far beyond their local league. Gilbert envisions a “developmental pipeline” that will keep players playing, encourage them to become coaches and referees, and join “the fabric of the game in this country.”

The USYS CEO hopes League America can work with high schools, too, to introduce club programs for players not in the interscholastic program.

Another initiative – USYS University – launches in January. Working with partners, the national association will address mental health and wellness issues in the youth soccer arena. Also ahead: helping the National Council of Youth Sports develop a curriculum for underserved youth. The coronavirus has forced a fresh look at elite sports, Gilbert notes. There is a new assessment of the “need” to travel for competition, a sudden appreciation for the joys of playing nearby teams in home-and-away series.

As families re-examine their priorities in the wake of the pandemic, Gilbert wants youth soccer to be relevant, and US Youth Soccer to be an important part of the American soccer landscape. A crucial question is “how do we work with MLS and MLS Next, the Girls Academy, USL and and NWSL? We want to be partners, moving in the same direction.”

“COVID-19 is not going away. It’s heartbreaking,” Gilbert acknowledges. “But at the end of the day, there’s also an opportunity here for us to help a lot of kids have a lot of fun.”

u.s. youth soccer, youth
6 comments about "Skip Gilbert on US Youth Soccer's new era: The ambitious goal of making young players part of the fabric of the game for life".
Read more comments >
Next story loading