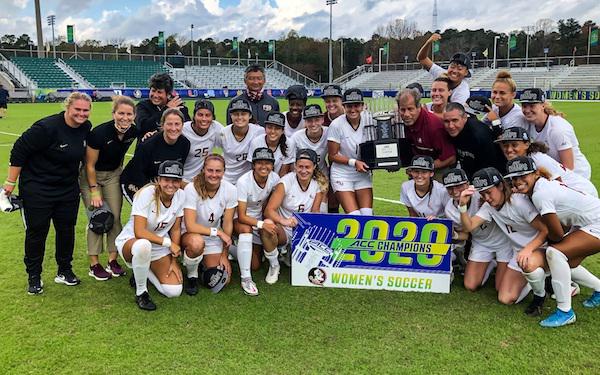 Florida State won the ACC women's championship for the seventh time in the last decade when it beat North Carolina, 3-2, in Sunday's tournament final.

The Seminoles jumped out to a 2-0 lead on a pair of goals by Clara Robbins in the first six minutes and held off the Tar Heels after LeiLanni Nesbeth, who assisted on both of Robbins' goals, added a third goal in the 47th minute.

Florida State's first five appearances in the ACC final ended with losses to Carolina, but it has beaten the Tar Heels for its last three titles, in 2016, 2018 and 2020.

"The opportunity to come in here, in Carolina and play against UNC again in a final is great for us," said FSU coach Mark Krikorian. "We were all treated to a very hard-working, competitive game between two good teams. Fortunately, we were able to come out and establish a couple of goals early in the game. Then came out in the second half and scored another goal,"