Gregg Berhalter: USMNT 'has a lot of room to improve on the offensive end' 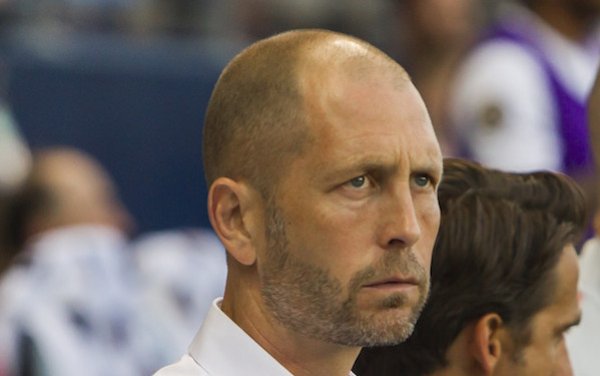 Monday's friendly against Panama in Austria might not be the last game of the year for the U.S. men's national team.

On Sunday, U.S. national team coach Gregg Berhalter said the team is trying to arrange a game in December.

"Hopefully, that gets done,” he said.

If another game is played, it will be outside a FIFA window, so the USA will likely be without all or most of its foreign-based players. The MLS season will end with MLS Cup in Dec. 12 and the Concacaf Champions League will conclude with its final 10 days later.

“[The Panama match] will certainly be the last time this group is together this year," Berhalter said.

Berhalter stressed the importance of games like Friday's match against Wales and the Panama game, given the limited opportunities he has to work with his foreign-based players.

He said he can only count on having them available for four games in 2021 before the start of World Cup 2022 qualifying in September -- two friendlies in March and the Concacaf Nations League finals in June. He said it was "doubtful" foreign-based players will be available for the 2021 Gold Cup in July.

Berhalter said integrating a lot of young players -- 10 players he called up were uncapped, none older than 20 -- posed challenges.

“One thing I’ve noticed, especially when you’re working with new players or a group that’s just forming, you go through different stages of team development,” he said. “With this group in particular, it is more of individuals looking for their position within the team. It’s completely natural what’s happening now. A guy wants to come into camp, he wants to make a good impression on the coaching staff, he wants to play really well and he’s focused more on himself. As he gets more comfortable, he’s focused more on his teammates. And we certainly want to get into that stage by qualifying. Because that’s going to be really important.”

Berhalter would like to see an improved performance after the 0-0 tie with Wales on Friday when the USA dominated possession but created few chances.

“When we have one shot on goal in a game, that’s not enough,” Berhalter said. “So there is a lot of room to improve on the offensive end. We’re focused on competing to win the game and we want to score goals.” We want to end this experience with the group on a high note."

men's national team
8 comments about "Gregg Berhalter: USMNT 'has a lot of room to improve on the offensive end'".
Read more comments >
Next story loading