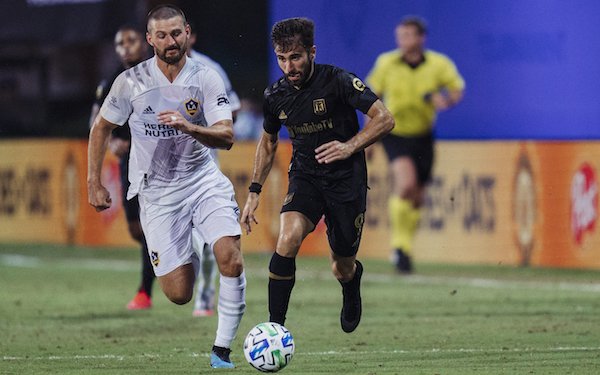 The fear of clubs releasing players on national team duty normally is that they will be injured.

In 2020, they need to add a new concern: players will contract the coronavirus.

LAFC confirmed that three players -- defender Diego Palacios, midfielder Jose Cifuentes and forward Diego Rossi -- tested positive for COVID-19 during the November FIFA international window. It is not clear when or how they were infected.

Palacios and Cifuentes were called up by Ecuador, while Rossi, the 2020 MLS leading scorer and Young Player of the Year, was selected by Uruguay.
A fourth LAFC player, Brian Rodriguez, was also with Uruguay but has tested negative.

LAFC faces the Seattle Sounders on Tuesday in the Western Conference finals.

To get around MLS quarantine restrictions on players traveling from abroad, teams are allowed to use players who have taken charter flights back home and continue to test negative.

Inter Miami's Rodolfo Pizarro will be available after playing from Mexico in Austria.