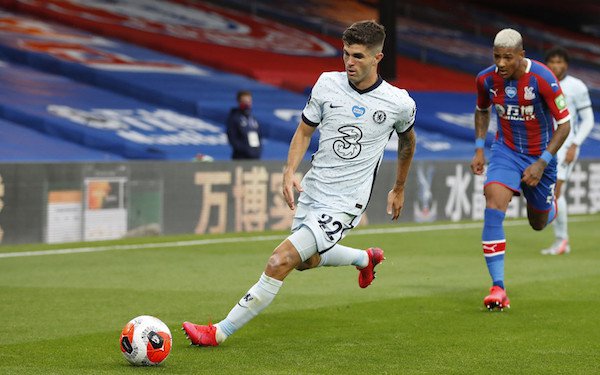 Chelsea manager Frank Lampard said his medical staff is trying to find a way to deal the 22-year-old American's persistent fitness issues since his move last season from Borussia Dortmund.

Pulisic aggravated a hamstring injury in warm-ups prior to Chelsea's game at Burnley on Oct. 31. He attended the first couple of days of the U.S. national team's training camp in Wales to be around the team but then returned to Chelsea's training complex in Cobham to continue his rehabilitation.

Pulisic has played in just five of Chelsea's 14 games this season and has already been ruled out of Saturday's match against Newcastle United.

"With Christian, we are still searching [for an answer]," Lampard said on Thursday. "He is in a position at the moment where, as I said, he's had a problematic injury and I think it is normal."

Pulisic had muscular problems in his last season at Dortmund, but Lampard praised his work.

"Everything about Christian, how he is around the training ground, how he prepares, how much he wants to play, is perfect," he said. "So we need to try and find the right balance between playing, resting and maintenance during the week to try and get the best out of him. He is a young player still. It is not abnormal."

Pulisic did not play after Jan. 1 until the Premier League lockdown in March because of an injury to his adductor muscle. But he was a big reason Chelsea held on to clinch fourth place and a berth in the 2020-21 UEFA Champions League. After the restart, Pulisic scored five goals, added two assists and created three other goals after being fouled on plays teammate Willian converted from the penalty spot and or on a free kick.

The last of his 11 goals for Chelsea came in the first half of the English FA Cup final against Arsenal in August. But seconds into the second half, Pulisic injured his hamstring and missed the start of the 2020-21 season.

He did not score in three Premier League appearances but came on as a sub in the 4-0 win over Krasnodar in the UEFA Champions League and had a hand in the last three goals, scoring the final one himself. But three days later, he was injured again.

"We will find a solution and I don't want to make more of it than it is because we want as many games of Christian as we can possibly get because of his ability," Lampard added. "But at the minute, he's injured so in the short-term it is a work in progress. But we have a great medical team here and we are very much joined up on the idea of getting the best of Christian by getting him fit as much as we can."