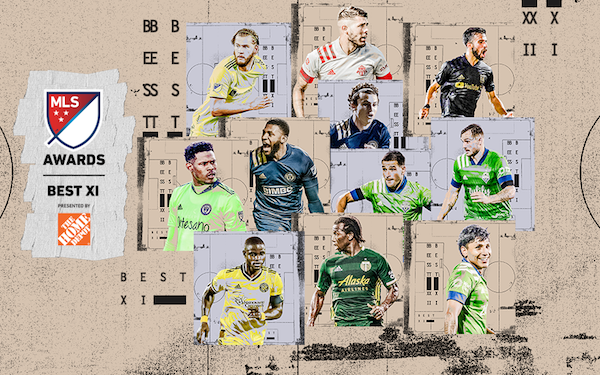 Until 2020, just one Homegrown player has been selected to MLS's Best XI: D.C. United goalkeeper Bill Hamid in 2014.

That changed with three Homegrown players picked to the 2020 team: Philadelphia's Brenden Aaronson and Mark McKenzie and Seattle's Jordan Morris.

They were among the eight first-time selections and four U.S. national team players on the team, the most since 2015.

Walker Zimmerman and Alejandro Pozuelo earned Best XI nods for the second year in a row. Philadelphia keeper Andre Blake was a Best XI pick in 2015.

Among those selected for the first time was Diego Chara, who is playing in his 10th season in MLS.