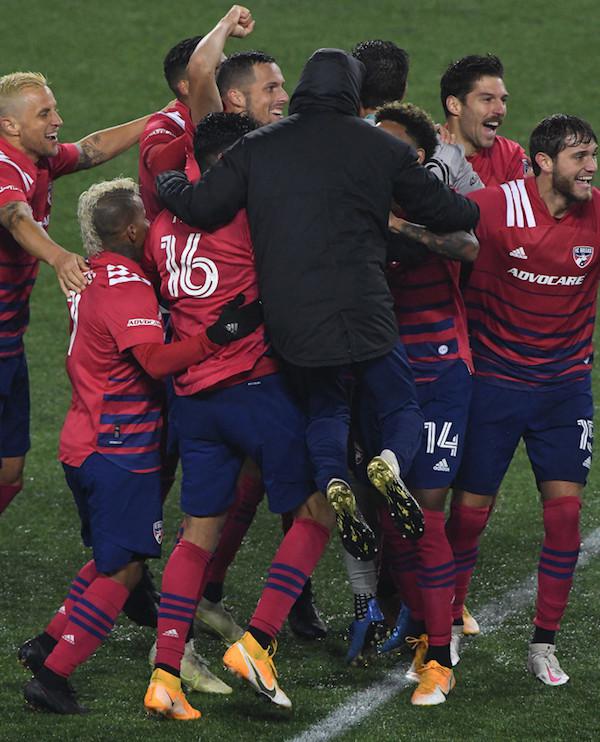 The MLS playoffs continue to produce their share of drama.

Two of Sunday's matches in the Western Conference round one went to overtime thanks to goals late in stoppage time.

In Kansas City, 37-year-old Chris Wondolowski scored on a header in the 97th minute to give the San Jose Earthquakes a 3-3 tie with Sporting KC.

In Portland, Ricardo Pepi, almost 20 years younger than Wondo, scored on a rebound of his own shot off the post in the 93rd minute to give FC Dallas a 1-1 tie with the Timbers.

But the shootouts that followed 30 minutes of scoreless action could not have been more different.

The Quakes missed all three of their shots and lost, 3-0, in the shortest shootout in MLS history. The Portland-FC Dallas set a record for the most consecutive goals scored in shootout.

Ema Twumasi, who has played all of 107 minutes in his three seasons with FC Dallas, came off the bench and made it 15-for-15 before FC Dallas keeper Jimmy Maurer stopped Jorge Villafana to win the shootout for FC Dallas, 8-7.

San Jose is only the second MLS team to miss every attempt in the shootout. The other time came in 2010 when the Chicago Fire lost to the USL-2's Charleston Battery, 3-0, in the U.S. Open Cup.

The goal on both occasions? Tim Melia, who is now perfect in six shootouts in his career though this was his first in the MLS playoffs.

He stopped all three San Jose shooters -- Oswaldo Alanis, Jackson Yueill and Cristian Espinoza. In 2010, when he was on loan to the Battery from Real Salt Lake, Melia only had to save one of three Chicago attempts. Brian McBride missed with a shot over the crossbar in the Fire's first attempt and Wilman Conde smashed his shot off the bar after Melia denied Krzystof Krol. 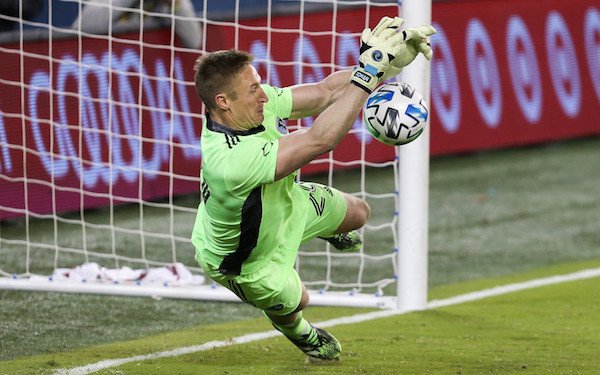 Melia wanted to give credit to the three Sporting KC shooters who scored -- Johnny Russell, Ilie Sanchez and Khiry Shelton.

"I understand I made the saves and they're going to talk about that," he said, "but the quality of our shooters is special. As a goalkeeper, you just tell yourself when you have the talent that you do, you just have to make one save and the guys are going to do the job for you and all three of them made it."

Melia's heroics overshadowed the tying goal scored by Wondolowski, who has not made a final decision about whether he will retire.

"What he's done in this league is incredible and how he is as a person," said Melia. "He's humble. He's the hardest working guy even now at 37. I just told him after the game that I hope he keeps going. Scoring that big time goal in a game, that's not the year to end on. He has the quality to keep going. He has the engine to keep going and that's a character you want in your locker room, so I hope he continues."

Pepi, who won't turn 18 until January, less than three weeks before Wondo turns 38, scored eight minutes after entering the game in his playoff debut.

"When I scored the goal," he said, "it brought me a lot of joy and happiness. I came into the game thinking I was going to make a difference and I did."

Pepi was the fourth of eight FC Dallas shooters when the game went to penalty kicks.

"I had a lot of confidence in myself because I know I’m good at those and I scored it," he said.

FC Dallas converted all eight attempts -- including goals by a a pair of teenagers in their playoff debuts, Tanner Tessmann and Pepi -- putting the pressure on Portland, which lost the toss and went second.

"I was frustrated," said Maurer, who won two NASL titles for the New York Cosmos, where his coach was Giovanni Savarese, the Portland head coach. "I felt like I was getting good reads on the PKs, I got really close on a few, even the one that went down the middle I thought I was going to be able to get my foot on it. It went just barely over like my shoelaces but I just knew that the guys were taking their shots so well that I was like ‘I just got to get one, just got to get one and we’re going to win it’. I was pissed, to be honest. I was like, ‘I’m saving this next one’ and that will do it."