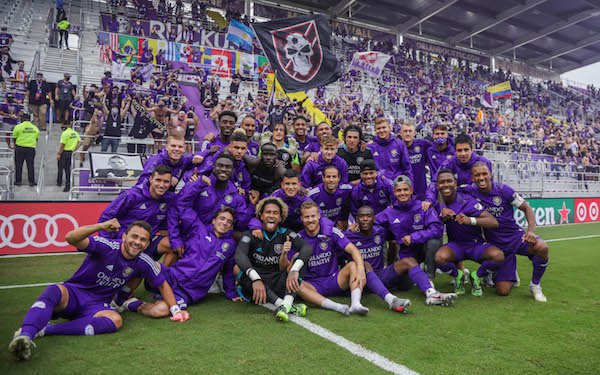 Saturday's Orlando City-NYCFC match went to a shootout, where the Lions won, but not before their star keeper, Peruvian Pedro Gallese, was red carded and what appeared to be a game-winning save nullified.

Two calls by the crew headed by Allen Chapman, the referee in MLS Cup 2017 and 2019, were correct.

Chapman was correct to order a replay of Taty Castellanos' attempt in the fifth round, and he was correct to give a yellow card, the second of the game to Gallese, because the MLS playoffs are being played under the 2019-20 rules of the game, not the 2020-21 rules, under which Gallese would have only been given a warning and not sent off.

But Chapman was incorrect in allowing Orlando City backup keeper Brian Rowe on the field to replace Gallese in goal and set up to face Castellanos. One of the nine Orlando City players in the game had to be picked.

After 11 minutes of confusion, Argentine defender Rodrigo Schlegel entered the goal and made the decisive save on his third attempt, in the seventh round, stopping a shot fired by NYCFC's Gudmundur Thorarinsson.

More confusion followed, though, as more than two minutes elapsed before Benji Michel stepped up and scored to win the game for Orlando City.

Rules analyst Joe Machnik confirmed on the FS1 broadcast of Sunday's Sporting KC-San Jose game that PRO's Howard Webb had informed him that none of this referee crew will be assigned to a future MLS playoff game this season.