USWNT is back on field competing every day, a big change from the start of pandemic 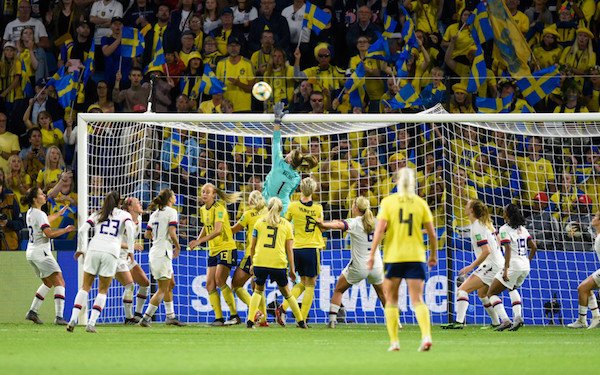 November is the same as March with the COVID-19 pandemic raging in the United States and Europe.

But there is one major difference for Alysssa Naeher, the U.S. national team's starting goalkeeper.

She gets to train with her teammates as they prepare for Friday women's international friendly against the Netherlands in Breda.

How did she spend her spring in Chicago, where she plays for the Red Stars?

"Back in March, in the early days of this," Naeher said on a media call on Monday, "I was pretty much just in my parking garage, so that was fun. Just me, the ball, and the wall, so that was different."

Franch has been injured, but U.S. coach Vlatko Andonovski said Harris' exclusion from the roster for the Netherlands match should not be taken as a sign that she is out of the picture for the 2021 Olympics, where teams will take 18 players and only two goalkeepers.

“We’re gonna keep evaluating, keep analyzing, and in some ways keep everyone on their toes," he said, "so they’re motivated to perform and be the best version of themselves.”

The other goalkeepers in Breda are 29-year-old Aubrey Bledsoe and 25-year-old Jane Campbell, who had strong seasons, limited as they were, with their NWSL teams.

"Jane and Aubrey have done great these first few days," she said. "They've consistently performed in the league. To be able to have this competitive environment is going to be valuable for us and for the team."

Naeher, who has a 24-game unbeaten streak (22 wins and two ties) in goal, emphasized the importance of competing on the field every day in training.

"We're constantly competing with each other to earn that spot on the field," she said. "The way that we get better is having that competition."

Better that kicking a ball off the wall in a parking garage.