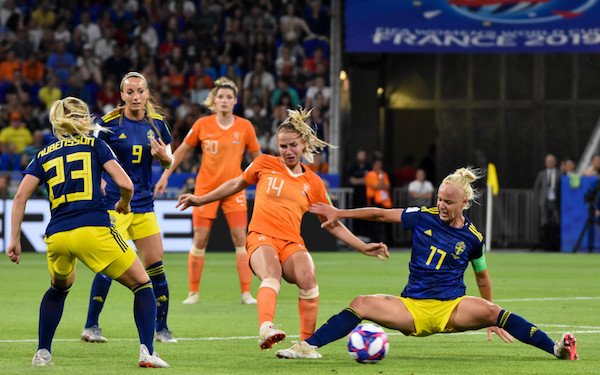 Friday's match between the USA and the Netherlands at the Rat Verlegh Stadion in Breda will not only be a rematch of the 2019 Women's World Cup final, but it will provide a glimpse of the two favorites at the 2021 Olympics.

Seven European teams joined the USA in the quarterfinals of the Women's World Cup, but just the top three teams advanced to the Olympics: the Netherlands, Sweden and Great Britain (England). That means no Germany and no France in Japan next summer.

The Netherlands has already qualified for the next European Championship, which was moved from 2021 to 2022 to make room for the men's Euro, which was pushed back from 2020 to 2021. It has won all nine games and closes out its qualifying campaign next Tuesday against Kosovo in Breda.

Head coach Sarina Wiegman will be in charge of the Oranjevrouwen at the Olympics, but she will leave afterwards to take charge of England, the Women's Euro host.

Wiegman, who played for the University of North Carolina, sees the gap narrowing between the USA and Europe's top national teams.

"Of course, the history of the U.S. is awesome," she said when she was announced at the England coach, "but I think other countries can beat them. It's one game, and in Europe the game is improving so much. We get closer and closer and the U.S. knows that they have to improve their game, too. Not only England but the Dutch, France, Germany, Sweden, Spain are developing. Countries are getting closer and closer together."

Wiegman will be without Arsenal star Vivianne Miedema for Friday's game. A month ago, the 24 year-old striker became the first player to surpass 50 goals in England's Women's Super League, but she is sidelined with a hip injury.

The Dutch still have plenty of weapons up front. Lieke Martens starts for Barcelona, which is unbeaten and untied in six games in Spain's Primera Iberdrola, while Lineth Beerensteyn plays for Bayern Munich, which is perfect in nine games in the Frauen-Bundesliga. Jackie Groenen plays at Manchester United with Americans Tobin Heath and Christen Press.

Twelve of the 23 players in the Dutch camp play abroad, five in England, three in Germany, two in Spain and one each in France and Norway.