MLS Playoffs: Nashville SC succeeds in postseason, unlike all but one previous expansion team 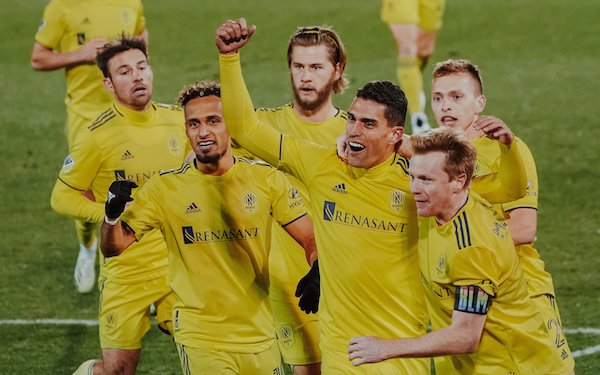 When you think of great MLS expansion teams in the league's modern era, you think of the Seattle Sounders 2009, Atlanta United 2017 and LAFC 2018, but none accomplished what unfancied Nashville SC has done in its first season.

Nashville SC matched the Chicago Fire, winner of MLS Cup 2018, when it beat Inter Miami, 3-0, in the Eastern Conference play-in to become just the second expansion team to win a playoff game.

And Nashville SC made it two-for-two in the playoffs, moving into the Eastern Conference semifinals on Tuesday with a 1-0 overtime win over Toronto FC.

It needed a goal by substitute striker Daniel Rios in the second overtime period to defeat Toronto FC, but it was the better team much of the game, having three goals disallowed for offside.

“As you can see," said Nashville SC coach Gary Smith, "the fellas are going about their business and they believe in what they're doing. And I thought we thoroughly deserved to win the game tonight. Terrific overall performance.”

Not bad for a team that was kicked out of the MLS is Back Tournament because of a COVID-19 outbreak after its arrival in Orlando. Just like it has done for the last three months of the season, Nashville SC got better as the game went along.

"I could not be more complimentary about the way the guys have gone about their business," added Smith. "Some of the attitude and the discipline around the group is phenomenal. I honestly felt as though we grew into the game better in the second half."