MLS Playoffs: Sixth time is a charm for Revs 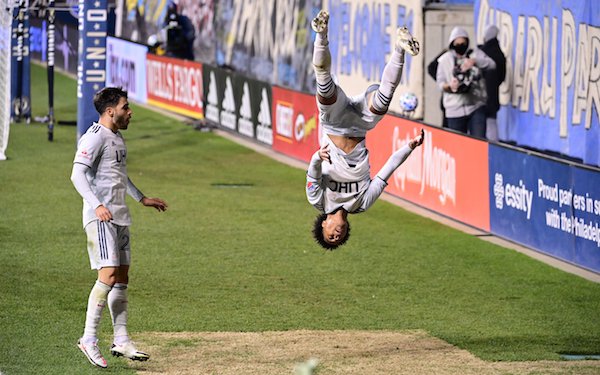 The Revs lost four times -- including a 1-0 loss in the round of 16 of the MLS is Back Tournament -- and tied the Union once, 0-0, in their first meeting of the regular season in August.

In the season finale on Nov. 8, the Union won, 2-0, to clinch the Supporters' Shield and capture its first trophy in 11 seasons.

Sure enough, the Revs' fortunes changed in the sixth meeting. They not only beat the Union, 2-0, but they did so convincingly.

The difference? Revs playmaker Carles Gil was injured at MLS is Back and missed the first four meetings following surgery to repair a bone spur in his foot. The 2019 MLS Newcomer of the Year served up Tuesday's two goals scored by Pole Adam Buksa and Canadian Tajon Buchanan.

The Revolution's three Designated Players -- Gustavo Bou, Buksa and Gil -- all appeared in the starting XI just three times in the regular season. They've all started the first two playoff games, and all three have scored.

"We knew what kind of game this was," he said. "We knew the strengths and weaknesses of our opponent, and we knew what we’re capable of. We went into this game believing we could win, and we did.”

Goalkeeper Matt Turner, who finished second in MLS Goalkeeper of the Year voting to Philadelphia’s Andre Blake, entered Tuesday's match with a 0-6-1 career record against the Union, but he needed to make only four saves to earn the shutout, the Revs' first in the MLS playoffs in 12 years.

"That was probably the easiest," he said. "I’ve worked a lot harder for clean sheets, let’s put it that way."