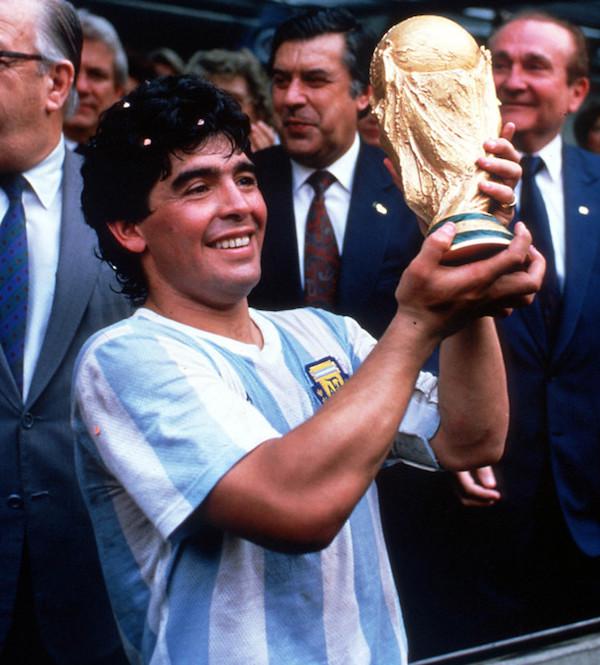 With Diego Maradona's passing, I could not help but think how lucky we are today to get to see all of soccer's stars, game in and game out.

We didn't get that chance with Maradona.

Messi doesn't get many days off.

He's played 50 or more official games for Barcelona or Argentina every season for 13 seasons. And we've been able to see just about every one of those games on American television. Think of how many ways Ray Hudson has lost his mind describing a Messi goal on BeIN Sports.

Maradona played 50-plus games for club and country just once at the peak of his career, in the 1980s, and except for World Cup years, was rarely seen on American television. If you were lucky, you lived in a major city with an ethnic television channel and saw a couple of minutes of Napoli highlights each week on Novantesimo Minuto, the Serie A highlight show distributed by RAI USA and hosted by the great Paolo Valenti.

Serie A in the 1980s was the league, with perhaps the greatest collection of talent ever assembled in one place. Maradona at Napoli. Michel Platini and Zbigniew Boniek at Juventus. Ruud Gullit, Frank Rijkaard and Marco van Basten at AC Milan. Lothar Matthaeus, Andreas Brehme and Jurgen Klinsmann. Plus all the Azzurri from Italy's 1982 World Cup championship team.

Soccer has changed in a big way because of television over our lifetime. It pumps billions of dollars into the soccer ecosystem each year. Players must play an increasing number of games. (In this pandemic season, it's meant two games every week for months this fall for players on teams in Europe.) But soccer's deal with television is that players will at least be protected today by referees to a degree they didn't used to be.

Sure, Maradona was undone by his self-destructive behavior and the destructive behavior of those around him. All the cocaine that almost killed him in 2000. And the cocktail of drugs given to him to get him fit for the 1994 World Cup and that got him kicked out of the tournament when he tested positive after playing two games. 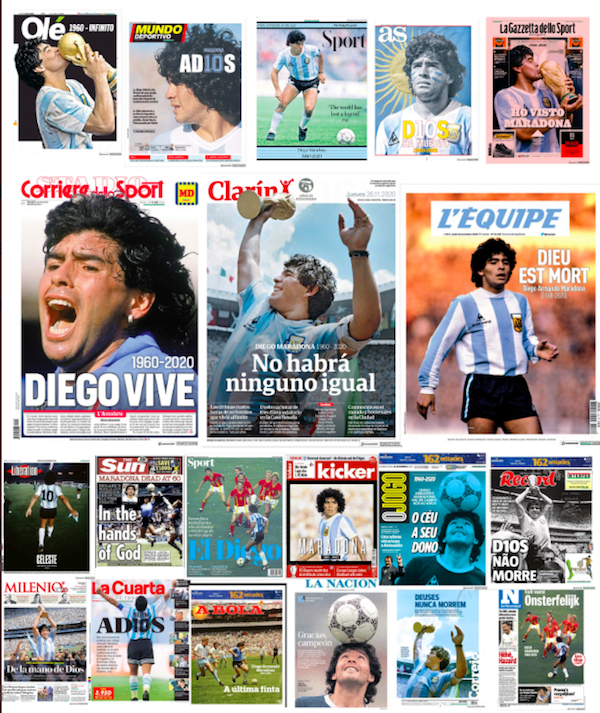 But Maradona was also undone by the abuse he took.

After the 1982 World Cup in Spain, he stayed to play for Barcelona, arriving on a world record transfer fee from Boca Juniors. Asked about the treatment that awaited him from notoriously aggressive Spanish defenders, Maradona shrugged it off, saying, "You get kicked wherever you play."

In his second season at Barcelona, Athletic defender Andoni Goikoetxea prematurely ended an attack by Maradona into Athletic territory by running up from behind and breaking his ankle just as the Argentine received the ball in Barca's half. The referee only gave Goikoetxea a yellow card. (After the fact, he was suspended for 18 months though the ban was later reduced to seven games.)

Goikoetxea, the "Butcher of Bilbao," had two years earlier taken out Barcelona's young German star, Bernd Schuster, tearing his ACL with a brutal foul that sidelined him for nine months and kept him out of the 1982 World Cup.

When Goikoetxea and Maradona met again in the 1984 Copa del Rey, the match ended in a brawl, probably the most notorious in the history of European soccer. With King Juan Carlos of Spain in the crowd of 100,000, Maradona kicked a Bilbao player in the face, earning a three-month suspension he never served because he left Spain to play in Napoli.

Maradona recovered to have the two greatest years of his career in 1986, winning the World Cup with Argentina, and 1987, leading Napoli to its first Scudetto. But injuries took their toll.

For many years, Maradona needed pain-killers to play. In recent years, he coached Dorados de Sinaloa in Mexico's second division but could hardly walk or stand. He had no cartilage left in either knee.

In a career that spanned 20 seasons, Maradona won only three league titles, one with Boca Juniors and two with Napoli. One wonders what could have been if he had been protected, from himself, by others but also by the game.