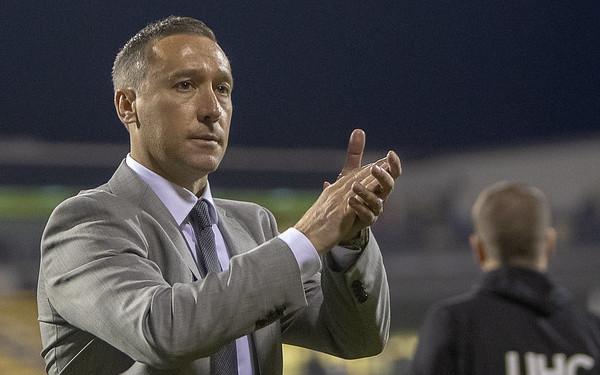 The Columbus Crew is the top seed still alive in MLS's Eastern Conference with one of the most balanced teams in the league.

But as of Saturday night, it has seven players, including two starters, who will miss Sunday night's Eastern Conference semifinal match against Nashville SC.

They are listed on the Crew's injury report as being unavailable because they are "medically not cleared to play" following the largest reported player outbreak in MLS since FC Dallas and Nashville SC were removed from the MLS is Back Tournament. (The Colorado Rapids missed a month's worth of action due to a COVID-19 outbreak concentrated on its staff.)

The seven players "medically not cleared to play" are Curacao goalkeeper Eloy Room and Haitian-American winger Derrick Etienne Jr., who started in the 3-2 win over the New York Red Bulls, reserves Waylon Francis, Miguel Berry, Jon Kempin and Sebastian Berhalter, the son of U.S. national team coach Gregg Berhalter, and Dutch defender Vito Wormgoor, who had not played since July 11. Vormgoor, who is on the disabled list, is the only player who was also on last week's injury report.

Backup keeper Andrew Tarbell has started six games in 2020 in place of Room, who won the 2020 MLS award for Save of the Year. Costa Rican Luis Diaz has started 14 games on the wing. He came on as a late sub for Etienne, the only move off the bench, in the win over the Red Bulls after returning from Europe, where he played for the Ticos in matches against Qatar and a Basque XI.

In a pre-game media call, Crew coach Caleb Porter said the players who tested positive were all asymptomatic and in good spirits.

The outbreak isn't the Crew's first brush with COVID-19. It had a player test positive on the eve of the MLS is Back Tournament in July, forcing players to isolate for 48 hours. In October, the Crew's game at Orlando City was postponed following two positive cases among staff members that required more testing.

"It's been challenging," Porter said of the latest outbreak. "We've had to adapt. We've had to modify our preparation. What I would say is we've had other tough weeks as well. It reminds me a lot of the week where we had to postpone the Orlando game, last-minute changes to what we're doing."

He praised his players for their resiliency all season.

"We see it," Porter said. "You rely on your chemistry, your unity, your relationships and the habits, the mental toughness, you rely on all those things in these situations and the players have been outstanding just to roll with it and here we are with the game still on. The players are excited to keep moving on in this tournament and to try and achieve our goal."

Columbus will face one of the hottest teams in MLS in Nashville SC, which overcome its own COVID-19 issues to make the playoffs in its first season.