Reggie Cannon, 22, has drawn a lot of attention on and off the field in both 2019 and 2020. Last year, Cannon emerged as one of the best defenders in MLS at FC Dallas as he adjusted well to playing under Luchi Gonzalez  while he transitioned from being the academy director to the club’s head coach. Cannon then earned his first call-up to the U.S. national team early in the year. He made the 2019 Gold Cup roster as an injury replacement for Tyler Adams  but then ended up starting and playing well in the 1-0 loss to Mexico in the final. 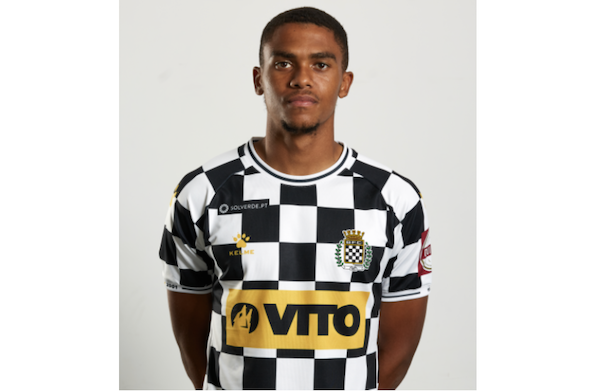 In 2020, Cannon signed an extension with Dallas but both parties were open that a move to Europe was still likely. After the restart of play from the COVID lockdown, Cannon drew attention for his national anthem kneeling, the booing of the Dallas fans, and his subsequent revelation in an interview that the FC Dallas front office wanted Cannon to apologize for his anthem stance.

Shortly after, in early September, Cannon secured his move to Europe with a move to Boavista in Portugal’s Primeira Liga and Cannon immediately became the team’s starting right back. Over eight games, it has not been easy for the team as it has just one win and four ties from eight games.

Often times it has struggled in the second half of games – dropping late leads in draws against Nacional, Moreirense, Famalicao. But it has also been an issue of consistency for Boavista. Two games before the international break, it defeated a powerful Benfica team 3-0 only to lose its following game against a Farense team that entered the game winless on the season. The team has seen improvement since the addition of Alberth Elis from the Houston Dynamo as the Honduran has added a goal and an assist since his October arrival.

“Right now, there are just a lot of new players coming together with zero chemistry,” Cannon said in October. “Now is a good period to just play with each other and learn each other’s habits. We haven't had much time to do that yet. So this is good. ... We have players from literally everywhere -- Africa, Brazil, Colombia, Mexico, America. It's a great squad. We just have to get the chemistry down. But I am excited for the future.”

Ahead of Sunday's game against ninth-place Rio Ave (10 points), Boavista finds itself tied on seven points with Portimonense and Maritimo ahead of last-place Farense (4 points) in the 18-team league.

Against Rio Ave, it is unclear which Boavista team will show up – the team that defeated Benfica or the team that has blown an alarming string of late leads or has lost to some of the worst teams in the league? In a Portuguese Cup game on Nov. 22, it took Boavista 120 minutes to walk away with a 1-0 win over second-division side Vizela.

While we don’t know what to expect from Boavista, Cannon has been one of the team’s more consistent and reliable players. He has played all 700 minutes of the club’s league games this season and played the entire game in the cup win over Vizela. Cannon also performed well recently for the U.S. team in the 6-2 win over Panama during the November window. In that game, he posted two assists and drew positive reviews from head coach Gregg Berhalter.

“He gave us that verticality that we want,” Berhalter said of Cannon after the Panama game. “Even when he didn't get the ball, he was constantly trying to threaten the backline - which I really liked. Overall, to me it was a strong performance. Reggie is a guy that has developed tremendously over these past two years. When we first came into January camp in 2019, he didn't play at all in those games. He was off the level. Since then he's raised his level where he's in contention to be a starter on this team. I am really proud of him. He's a great guy.”

Cannon remains a very interesting American player to follow heading into 2021. His trajectory in recent years has moved him from a star player at FC Dallas into a starter with the national team. His transition to the European game has been relatively smooth and there are ongoing hints that he is being eyed to join a powerful Lille team in 2021 as Lille and Boavista have common ownership.

To become that lock starter for the U.S. team and to earn that move to Lille, several hurdles remain and mostly that is continuing to improve with Boavista and helping the team improve its 17th-place standing. A win over Rio Ave will be a good step for both Cannon and Boavista.