USA-El Salvador: What to watch for 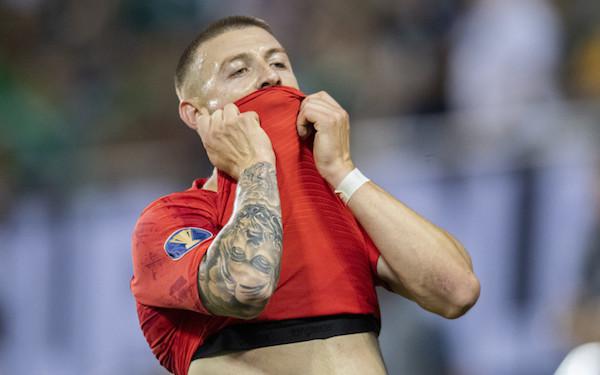 All the November debutants did was combine for five goals and two assists in the 6-2 win over Panama.

Ten players are eligible to make their international debut for the USA on Wednesday against El Salvador though Berhalter said on Tuesday that Orlando City's Daryl Dike is injured and won't play. Two other players in camp -- Efrain Alvarez and Andres Perea -- are ineligible to play for the USA unless they file a switch of association with FIFA.

Here's what to watch for on Wednesday:

An almost completely new group. Only two players in camp were with Berhalter in Europe: the LA Galaxy's Sebastian Lletget and Sebastian Soto, who plays in the Dutch second division and scored twice in his debut.

Berhalter doesn't view working with a different group as a problem.

“If you think about just having to work with guys and put a product on the field that the fans will appreciate and the guys are proud of," he said on Tuesday, "it’s work. But there’s no better group of guys to work with than the group I'm working with and I mean that seriously. When we get in camp these guys just push, and they focus and they work really hard and they’re open, and it’s such a good group to work with and that’s why it’s a fun challenge.

Eye on Union pair. Both Mark McKenzie, 21, and Brenden Aaronson, 20, were 2020 Best XI selections for the Philadelphia Union, the two youngest Americans named to the MLS season-ending selection in a decade.

They were also among only four players on the original roster for the El Salvador game who were also on the U-23 roster for Olympic qualifying in March.

Aaronson will join Austria's Salzburg in January. McKenzie has attracted interest from several European teams, so they might not be around next March when the rescheduled Concacaf Olympic qualifying tournament is held.

Berhalter credits the Union for the progress Aaronson has made in the year since he was first in the U.S. camp.

"From that time point," he said, "it's been leaps and bounds he has been able to develop." 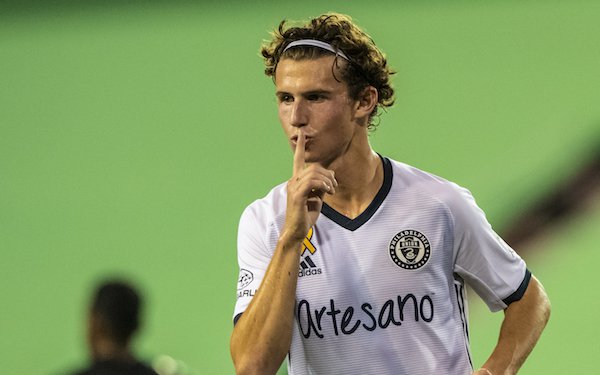 Another look. Six players in camp were capped before Berhalter took charge in late 2018. Two were on the field when the USA fell to Trinidad & Tobago, 2-1, in Couva: Kellyn Acosta and Paul Arriola.

Acosta has yet to play for Berhalter but earned a recall after a strong season with the Colorado Rapids.

‘Kellyn is an example of a guy who was in the initial January camp that we had and then took a while to get back into it," said Berhalter. "You give him credit for all the hard work he's put in."

Arriola injured his knee in preseason with D.C. United and was out until the final game of the MLS season.

"Paul has been a fixture in this team since we took over," said Berhalter. "It was unfortunate that he had this injury, and with this injury we were thinking he was going to miss the first six games of World Cup qualifying. And now with everything that's happened in the world, it's fortunate that he didn't. Now we want to get him back into the fold as soon as possible.”

Opponent. El Salvador will be playing its first game since the pandemic hit.

Fans. The USA-El Salvador game is not only first home game for a U.S. national team since March, but it's the first national team game since then at which (socially distanced) fans will allowed. All 2,500 tickets for the game at the Inter Miami CF Stadium have been sold.