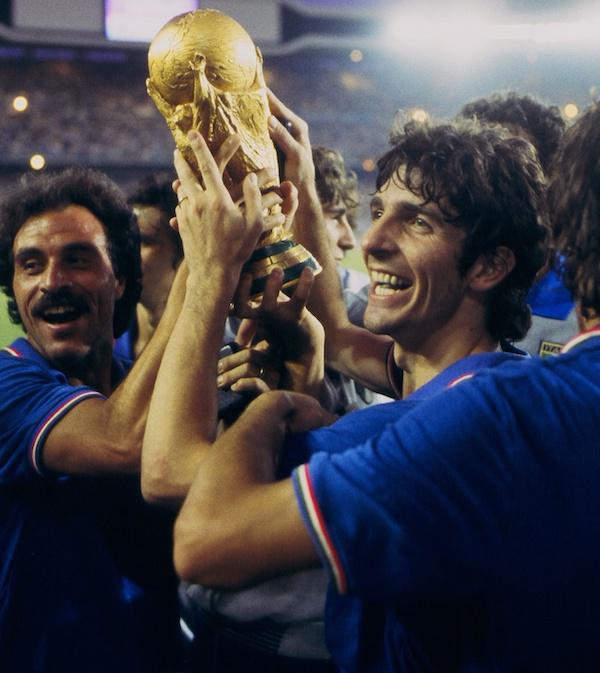 Paolo Rossi, who led Italy to the 1982 World Cup title in the greatest individual comeback in the tournament's history, died on Thursday morning at the age of 64.

In the aftermath of the 1980 Totonero scandal in which 13 clubs and 33 players were involved in match-fixing, Rossi served a two-year ban, keeping him out of action until May 1982, a month before the World Cup in Spain. Rossi, a minor figure in the scandal, was out of shape, but Italy coach Enzo Bearzot still took him, saying he had no one else to play center forward.

''You cannot expect me to be the savior of Italian soccer,'' said the 25-year-old Rossi. ''Only a player like Pele would be capable of transforming a whole team. And I'm not Pele."

The Azzurri were heavy underdogs in their second-round group with Diego Maradona's Argentina and Brazil, the tournament favorite with Zico, Socrates and Roberto Falcao.

Italy beat Argentina, 2-1, in the opening game, but Rossi again didn't score. He complained afterwards everyone expected miracles from him.

"My morale is good and I feel psychologically ready," he said. "But you can't be fit with only a few games after two years of rest. In this condition, you can't expect me to solve all the problems of the Italian team.''

After Brazil beat Argentina, 3-1, Italy needed to beat Brazil to win the group and advance to the semifinals.

Twice, Rossi scored and twice Brazil equalized but it could not find a third goal after Rossi completed his hat trick in the 74th minute. He single-handedly knocked out the greatest Brazil team of the last half century, since its 1970 World Cup championship team with Pele.

In the semifinals, Italy beat Poland, 2-0, on a pair of Rossi goals. In the final against West Germany, Rossi put the Azzurri ahead in the 57th minute to give him six straight Italy goals, and they went on to win their third World Cup title, 3-1.

Over the next three seasons, Rossi won the Coppa Italia in 1983, Serie A, the Cup Winners’ Cup and UEFA Supercup in 1984 and the European Cup in the 1985 Heysel final, all with Juventus, but he was only 30 years old when he retired in 1987.

In retirement, Rossi had a successful real-estate business and was a TV pundit on RAI but he never coached. He is survived by his wife and three children.