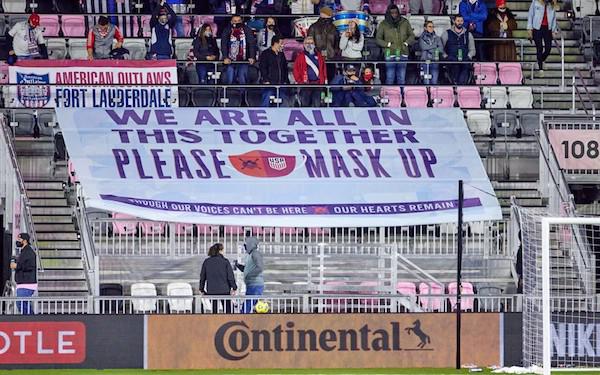 When U.S. Soccer members met in Scottsdale, Arizona, in February 2019 to approve the budget for the 2020 fiscal year, it projected a deficit of $11.1 million.

At Friday's U.S. board of directors meeting, Pinky Raina, U.S. Soccer's chief financial officer confirmed the audited financial statement for FY2020 was $28.1 million, the highest in the federation's history.

What you need to understand is that the fiscal year ended on March 31, so the variance is not related to the COVID-19 pandemic, which just started hitting in March.

And that $17 million variance was despite a favorable to budget of $9.7 million on the operating side because of increases in senior national team revenues -- the U.S. women won the 2019 World Cup! -- and decreases in youth national team expenses.

On the non-operating side, what was budgeted to be a surplus of $3.6 million turned out to be a deficit of $23 million -- a variance of $26.7 million -- driven primarily by higher legal fees and lower market performance.

The budget U.S. Soccer members approved in February for fiscal year 2021 called for an operating deficit of $27.5 million -- but that was before the pandemic hit.

No updated projections for FY2021 have been made to the public, but changes in April included the shuttering of the Development Academy, which was projected to cost $12 million, and the layoff of about 50 employees.

U.S. Soccer has held only four national team camps for the men and women and played only four games in the first nine months of FY2021, only one at home. Wednesday's 6-0 win by the men's national team over El Salvador was played before a limited crowd of 2,500 in Fort Lauderdale, Florida.

The FY2022 budget was approved by the board in executive session and will now be presented during the 2021 National Council Meeting and voted on for approval by the National Council. Details on that budget and the federation's current financial state will only become available when the 2021 AGM book of reports are issued at the end of January.

COVID-19 Relief. In 2020, U.S. Soccer will dedicate funds earmarked for its Innovate to Grow Fund to U.S. Soccer members in need.

The board approved the relief program to help the federation's direct members, state associations and national organizations (not pro leagues). The grants will range from $7,500 to $15,000 per member and can go toward expenses to support coaching or referee licensing courses, COVID-19-related procurement, COVID-19 prevention supplies or office operating expenses. The application process continues through the end of the year.

In February, the board of directors approved more than $2.4 million in 2020 Innovate to Grow Fund grants -- more than double the amount awarded for 2019 -- to 27 federation members to support programs showing promise in building soccer at the grassroots level.

2021 AGM. The board recommended that the 2021 Annual General Meeting be fully virtual, instead of a hybrid meeting as discussed in the September board meeting.

The 2021 AGM was originally scheduled for Atlanta on Feb. 26-27. The federation then planned on holding a largely virtual event with only the National Council Meeting on Feb. 27 having a non-virtual component. But plans to have a limited number of members on site at a Chicago O'Hare Airport hotel were scrapped because current Illinois mitigation restrictions ban meetings at hotels.