Stanford's Paul Ratcliffe on training his champions during COVID, video recruiting, and the remarkable Catarina Macario

If not for the pandemic, this would have been the week when Stanford had hoped to become the first back-to-back women's NCAA Division I champion since North Carolina pulled off the feat in 2009. But not only has the Women's College Cup been postponed until May, Stanford was among the programs sidelined for the entire fall because of COVID-19 restrictions. We checked in with Paul Ratcliffe, the Cardinal's coach for all three of its national titles: 2013, 2017 and 2019. 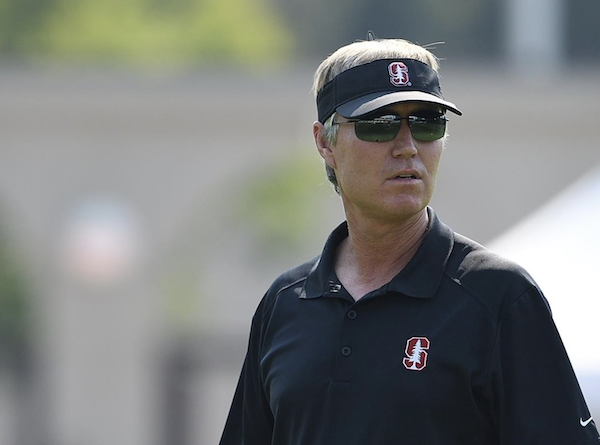 SOCCER AMERICA: Are you finally able to look forward to having your team back on the field for games?

PAUL RATCLIFFE: The Pac-12 just finalized a schedule for us, the spring schedule, which has 16 games. So that's very exciting. We are at the mercy of the virus. It's concerning that it's surging, but if things start to settle down with the virus, everything's in motion for us to have a spring season and it looks really promising.

SA: How much have you been able to do with the team during the fall?

PAUL RATCLIFFE: Because of the restrictions we have in Santa Clara County, we couldn't have contact. So it was more technical-based training. I made it optional, because the academic side at Stanford was remote. About half the team stayed. The others went home and tried to find a club environment, or did what they could to train on their own to stay in shape and improve.

SA: Did it bother you that some of your competitors in other parts of the country did play during the pandemic?

PAUL RATCLIFFE: I think it was frustrating for our student-athletes to see those players continue to play and have fun, and we had all of the restrictions. But obviously it was for their health. I think they were understanding. Hey, I wish we could be playing too, but I was trying to think of a greater good. And you don't want to hold others back if they can play in their area. You want to see them get the enjoyment.

SA: We've heard of freshmen opting for a gap year because altered season. Was that the case at Stanford?

PAUL RATCLIFFE: All my freshmen stayed. It's been great for them. Usually, you have three weeks with them and you're getting straight into games. So it's been nice to gradually bring them along and hopefully they can play this spring.

SA: The NCAA has ruled that student-athletes will not use up a year of eligibility even if they play this season. Will that effect of how your rosters are formed in future years?

PAUL RATCLIFFE: That the seniors are allowed to play an additional year gives them more options. If they'd like to stay and play that additional year, they can. If they're done with their academics, then they can move on. I usually have a pretty small roster, so I don't think it's going to be an area of concern for me at Stanford. I think it could be a concern at other programs whose teams have bigger rosters, and then you add one extra class. It's dependent upon how many seniors decide to take the option of taking that extra year. I don't know if all seniors will take it. It might be half the seniors decide to stay. I don't see it being a huge issue.

SA: What do think about the reports of families leaving Northern California so their children can play youth soccer in states that don't have the strict California regulations that prevent youth sports competition?

PAUL RATCLIFFE: That's a little extreme from my perspective. I think you have to adapt and adjust because we're living through a pandemic, and it's a challenge for all of us. You have to adjust the best you can. The way we adjusted is, we can't have our 1-v-1 battles or any kind of contact, so we're focusing on refining our technical skills. It seems kind of strange to move somewhere else, but everyone has a different path and you have to do what you think is best for you. If they have family living in a different area, then it works out for them and maybe it's a smart move, but it's not something I would advise because I think you can still get better at soccer in this area without the contact. We can all work on our skills.

SA: There are plenty of high level players who had to sit out an extended period of time during their youth days because of injuries, so it would seem the pandemic restrictions wouldn't ruin a young players' career ...

PAUL RATCLIFFE: I think missing the competitive aspect does set you back a little bit, but I try to adjust to everything and adapt to the environment. We can all get better at striking the ball, at controlling the ball, our combination play. You can do all these things right now. The one thing that's missing is the competition and the contact. You can't play games, but there are so many other aspects to soccer that you can improve on your own. This is the time to do those things.

If you're playing without contact, and hit a bad pass, even though there's no pressure on you and no one's going to hit you, there's no excuses. You can learn and grow from that. Why'd you choose that option? Was your pass accurate enough? Was the timing of the pass correct? Did you use the right surface? Working on all those things is the chance to grow.

SA: What age group would you be scouting now and how has the pandemic affected recruiting?

PAUL RATCLIFFE: We would be looking at the [high school] sophomores and the juniors.

SA: And you're not allowed to see them, right, even if they are in areas where youth competition is allowed?

SA: But you can watch videos of potential recruits?

PAUL RATCLIFFE: Yeah. You can try to watch videos, but I'm a big proponent of seeing players play in person. To see the big picture and the whole field. There have been a couple events and I've watched a little bit of video just to see what's going on. But I'm basically waiting until the restrictions are lifted and then I'll get back on the road and checking out all the players.

SA: On the youth soccer front, what did you think about the U.S. Soccer ending the Development Academy?

PAUL RATCLIFFE: My concern in the past was I felt like it was diluted -- that the best players were not all in one spot. You had the ECNL and you had the DA, both of which had very strong players, but as college coaches, we couldn't see them play each other. I'm hoping they put all the top players together in a really competitive league. So you have the highest competitive level and then a medium level and then a lower level. Kids sign up or be placed in what's appropriate for them. And then move accordingly.

SA: Is this also a good time to reconsider the massive amount of travel in youth soccer?

PAUL RATCLIFFE: I've always been an advocate for doing things regionally, making it competitive and then have the top teams emerge and have national events for just the top select teams that have earned it, earned the right to get those opportunities. I know we've gotten to where teams are constantly competing around the nation. There is a lot of expense involved because of that. But I do think it helps some of the states that are less competitive. Having grown up in California and competed in California, I questioned why do we need to go outside of California? There's so many good teams in California. We don't need to do that. But some of the other states might not have as much competition. For them, it does help playing teams from other states that are more competitive. 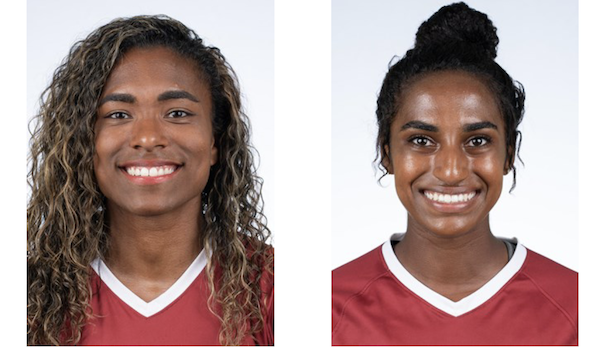 SA: For a recent full national team camp, in addition to four Stanford alums, Coach Vlatko Andonovski called in Stanford junior Naomi Girma and senior Catarina Macario, the two-time MAC Hermann Trophy. Do you expect Macario to keep playing for Stanford, or follow the footsteps of Tierna Davidson, who left the team a year early to go pro?

PAUL RATCLIFFE: Obviously, she's in demand because she's one of the top players in the country, so we'll see when she decides to turn professional. She loves Stanford and she's still finishing up her degree. She's an exceptional student and she's taken full advantage of everything at Stanford. She's still living on campus. It's been a good time for her, but I know her dream is to be on the full national team and now she started to live that dream. I'm really excited for the future for her.

PAUL RATCLIFFE: Technically and tactically, she's is an incredible player. She has the highest level of skills and also the brain for game. From that standpoint, she could fit in anywhere in the world and play at the highest level. Then there's her finishing ability and her passing ability. Creating goals and scoring goals -- she can do both. She's really balanced in that. That's what really separates her. Usually you could be the best No. 10, where you create goals for others, but to be able to do both at the highest level is remarkable.

1 comment about "Stanford's Paul Ratcliffe on training his champions during COVID, video recruiting, and the remarkable Catarina Macario".
Next story loading